The Obama White House and the Supreme Court

President Obama and Supreme Court Chief Justice John Roberts both went to Harvard Law School and worked on the Harvard Law Review, but their similar legal backgrounds have led to dramatically different conclusions. Legal analyst Jeffrey Toobin, author of The Nine, presents an insider's account of an ideological war between the Roberts Supreme Court and the Obama administration. Toobin argues that the Supreme Court's 2010 Citizens United decision and the Affordable Care Act ruling show how the Constitution is being reinterpreted — and how Supreme Court precedent is being quickly overturned.

NPR stories about The Oath 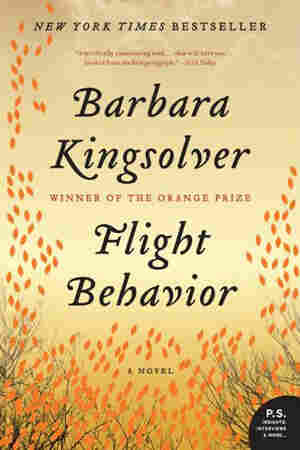 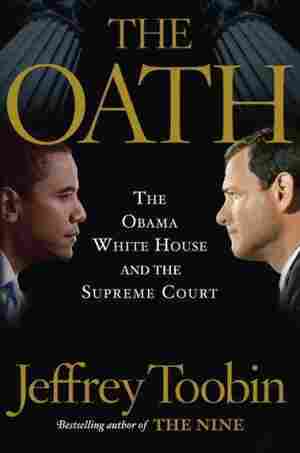 September 17, 2012 • Jeffrey Toobin's new book, The Oath, explores how President Obama and Chief Justice John Roberts are at odds over constitutional law. Toobin tells Fresh Air that while Obama likes precedent when it comes to the Supreme Court, Roberts "wants to move the court in a dramatically new direction."

Excerpt: The Oath: The Obama White House And The Supreme Court

So let me ask you this," Greg Craig said, "does anyone there think he's not the president?"

It was about 10:30 on the morning of January 21, 2009. Craig was settling into his first day of work as counsel to the president when he received an unexpected phone call.

David Barron was on the line. He, too, had just reported for duty, as the second-in-command in the Office of Legal Counsel, which served as the in-house legal team for the attorney general — designate, Eric Holder.

In the excitement and chaos of the previous day — when Barack Obama was sworn in as the forty-fourth president of the United States — neither Craig nor Barron had paid much attention to the peculiar way Chief Justice John G. Roberts Jr. had administered the oath of office. Early the next morning, Barron had read several newspaper articles about the botched oath and decided to look into the issue. He was concerned enough about what he found to place the call to Craig.

So was Obama really the president?

The Constitution for the most part speaks in majestic generalities and employs the first person — "I" and "my" — in only a single provision. Article II, Section 1, states: "Before he enter on the Execution of his Office, he shall take the following Oath or Affirmation: 'I do solemnly swear (or affirm) that I will faithfully execute the Office of President of the United States, and will to the best of my Ability, preserve, protect and defend the Constitution of the United States.' "

Article I of the Constitution, which defines the powers of Congress, is more than twice as long as Article II, about the presidency. This difference reflected the framers' belief that the legislative branch of government would be the most powerful. (Article III, which creates the judicial branch, is just 376 words, half again as short as Article II.) Still, the inclusion of a formal oath in the constitutional text reflected the importance of the presidency — and, more to the point, the president. It is the only oath spelled out in the Constitution. In contrast, the vice presidential oath was established by act of Congress, and the current version has been in use only since 1884.

The model for the framers was England's Coronation Oath, which had been promulgated in 1689, but the differences between the two oaths were as significant as the similarities. The King had to swear before a bishop or archbishop in the Church of England; there was no such requirement in the United States, and George Washington began the tradition of judicial administration of the oath in 1789. New York chancellor Robert Livingston conducted the first inauguration. (At that point, of course, Washington had not had the chance to nominate anyone to the Supreme Court, and it was four years later that a justice, William Cushing, swore in Washington for his second term.) The ecumenical nature of the presidential oath is reflected also in the option of "swear (or affirm)." Some Christian sects, notably the Quakers, did not believe in the use of the word "swearing," so the Constitution made sure they were not excluded. (Only Franklin Pierce, in 1853, chose to affirm his presidential oath.)

Many of the traditions associated with the inauguration began with Washington, as the first president knew they would. "As the first of everything in our situation will serve to establish a precedent, it is devoutly wished on my part that these precedents may be fixed on true principles," Washington wrote to James Madison shortly after his inauguration. On the occasion, which took place April 30, 1789, on the steps of Federal Hall, in lower Manhattan, Washington took the oath from a judge, not a cleric; he wore civilian garb, not a military uniform; he placed his hand on a Bible as he recited the words; he gave a brief, inspirational speech immediately after the ceremony; he made sure that any citizen who so desired could attend and view the swearing in. Washington Irving, who was six years old in 1789 but apparently a spectator at the inauguration, recounted in the 1850s that the new president had concluded the oath by saying, "So help me God." No contemporary account mentioned Washington's use of that phrase, and it remains unclear whether he did. In any event, all modern presidents have chosen to follow the oath with those words.

Like many other aspects of American government, the administration of the presidential oath evolved in a haphazard manner. In 1797, Oliver Ellsworth became the first chief justice to administer the oath (to John Adams), and thus the tradition began of the nation's highest legal officer performing the honors. But sometimes he didn't. (John Tyler and Millard Fillmore were sworn in by lower court judges.) Assassinations led to improvisations. Following the murder of James A. Garfield, in 1881, Chester A. Arthur was sworn in by a judge of the New York Supreme Court; following William McKinley's death, in 1901, Theodore Roosevelt took the oath from a federal district court judge. Most famously, Sarah T. Hughes, a federal district judge in Texas, administered the oath to Lyndon B. Johnson, on Air Force One, on November 22, 1963. Sentiment sometimes played a part, too. Calvin Coolidge took the oath from a lowly notary public — John C. Coolidge, his father. In 1933, Franklin D. Roosevelt recited the full oath without interruption by Chief Justice Charles Evans Hughes.

Notwithstanding the constitutional text, the precise words of the oath varied over time. When Chief Justice William Howard Taft swore in Herbert Hoover in 1929, he said, "preserve, maintain, and defend" the Constitution. The error was largely ignored at the time, but a thirteen-year-old girl who had been listening on the radio wrote to the chief justice about it. Taft responded, and disclosed still another, earlier mistake. "When I was sworn in as President by Chief Justice Fuller, he made a similar slip," Taft wrote to the girl, Helen Terwilliger, "but in those days when there was no radio, it was observed only in the Senate chamber where I took the oath ... You are mistaken in your report of what I did say. What I said was 'preserve, maintain and protect.' ... You may attribute the variation to the defect of an old man's memory." In 1945, Harlan Fiske Stone began the oath with "I, Harry Shipp Truman ... " Truman, who had a middle initial but no middle name, responded, "I, Harry S Truman ... " Twenty years later, Lyndon Johnson forgot to raise his right hand until halfway through the oath, and Chief Justice Earl Warren said "office of the Presidency," not "President."