A young mother sets sail from Ireland to meet her husband in Canada; prospectors hope to strike gold in the frozen Yukon; a slave poisons his master and escapes with the master's wife. In 14 stories inspired by history, the author of Room presents wanderers, immigrants and other boundary-crossers. 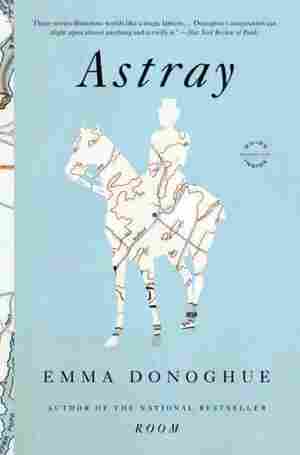 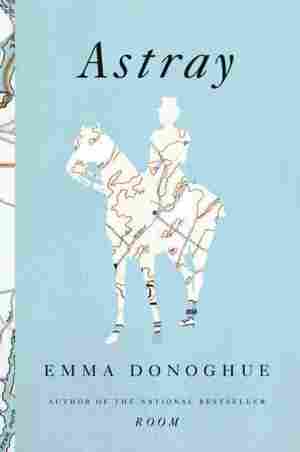 October 26, 2012 • Emma Donoghue's new book voyages from Ireland to Canada, then into the Yukon and away from a plantation. The best-selling author says Astray may just be 14 stories, but they were informed by about 40 real-life historical events.

Off your tuck this morning, aren't you? That's not like you. It's the chill, perhaps. These March winds come straight from the Urals, up the Thames, or so they say. No, that's not your favorite Horse Guards playing, can't fool you; you never like it when they change the band. Fancy a bun? You'll feel the better for a good breakfast. Come along, have a couple of buns ... Please yourself, then.

Maybe later, after your bath.

I had some unpleasantness with the superintendent this morning. Yes, over you, my boy, need you ask? He's applied to the trustees for permission to buy a gun.

Calm down, no one's going to shoot you, or my name's not Matthew Scott. But let it be a warning. I don't mean to lay blame, but this is what comes of tantrums. (Demented rampages, the superintendent calls them.) Look at this old patched wall here; who was it that stove it in? To err is human and all that, but it don't excuse such an exhibition. You only went and hurt yourself, and you're still not the better for that abscess.

Anyway, the superintendent has an iddy-fix that you're a danger to the kiddies, now you're a man, as it were. Oh, you know and I know that's all my eye, you dote on the smalls. You don't care for confinement, that's all, and who can blame you? I can always settle you with a little wander round the Gardens to meet your friends. But the superintendent says, "What if you're off the premises, Scott, when the musth next comes on Jumbo? No other keeper here can handle him; every time I assign you an assistant, the creature terrorizes the fellow and sends him packing. It's a most irregular state of affairs, not to mention the pungency, and stains, and ... well, engorgement. That member's wife almost fainted when she caught sight!"

I pointed out you could hardly help that.

"Besides, bull Africans are known for killing their keepers," he lectured me. "In one of his furies, he could swat you down with his little tail, then crush you with his skull."

"Not this elephant," I said, "nor this keeper."

Then he went off on a gory story about a crazed elephant he saw gunned down in the Strand when he was knee-high, 152 bullets it took, the superintendent's never been the same since. Well, that explains a lot about him.

I assure you, my boy, I stood up for you. I looked the old man in the watery eye and said, "We all have our off days. But Jumbo's a cleanly, hardworking fellow, as a rule. I have never felt afraid of him for one moment in the seventeen years he's been in my care."

He muttered something impertinent about that proving my arrogance rather than your safety. "I believe it's gone to your head, Scott."

"Jumbo's fame. You fancy yourself the cock of the walk."

I drew myself up. "If I enjoy a certain position in this establishment, if I was awarded a medal back in 'sixty-six, that is due to having bred, nursed, and reared more exotic animals and birds than any other living man."

He pursed his lips. "Not to mention the fortune you pocket from those tuppenny rides--"

The nerve! "Aren't I the one who helps the kiddies up the ladder, and leads Jumbo round the Gardens, and makes sure they don't topple off?" (By rights the cash should be half yours, lad, but what use would it be to you? You like to mouth the coins with your trunk and slip them into my pocket.)

The superintendent plucked at his beard. "Be that as it may, it's inequitable; bad for morale. You're all charm when it earns you tips, Scott, but flagrantly rude to your superiors in this Society, and as for your fellow keepers, they're nervous of saying a word to you these days."

That crew of ignorami!

"I have plenty of conversation," I told him, "but I save it for those as appreciate it."

"They call you a tyrant."

Well, I laughed. After all, I'm the fifteenth child of seventeen, no silver spoons in my infant mouth, a humble son of toil who's made good in a precarious profession, and I need apologize to nobody. We don't mind the piddling tiddlers of this world, do we, boy? We just avert our gaze.