During Prohibition, Joe Coughlin defies his strict, law-and-order upbringing by climbing a ladder of organized crime. Starting as a petty thief in Boston, he travels south and eventually becomes the Gulf Coast's most successful rumrunner. In Tampa, Fla., and in Cuba, he encounters a dangerous cast of characters who are all fighting for their piece of the American dream.

NPR stories about Live By Night 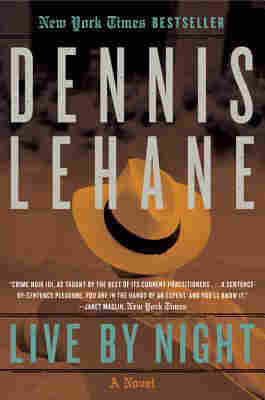 May 13-19: A Rumrunner, A Swashbuckler And A Team Of Spies

May 13, 2013 • In softcover nonfiction, Tom Reiss explores the inspiration for The Count of Monte Cristo, Ben MacIntyre depicts a World War II effort to fool the Nazis, and Justin Lee recounts his struggle for acceptance as a gay Christian. In fiction, Dennis Lehane imagines a Prohibition-era mobster. 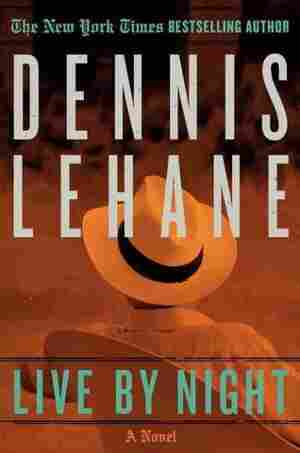 Details Weigh Down The Drama In 'Live By Night'

October 2, 2012 • Dennis Lehane's latest novel moves from the modern Boston of books like Mystic River to Prohibition-era Florida. Reviewer Jennifer Reese says the story is weighed down by too much lovingly researched period detail, and not enough attention to character development.

October 2, 2012 • Author Dennis Lehane says he has always loved the clothes, cars and movies of the Prohibition era — which might be why he has set his new novel there. Live By Night doesn't tell the usual Prohibition story about whiskey smugglers — instead it heads south to Florida for a gritty tale of rumrunning.

September 25, 2012 • Author Dennis Lehane's latest novel is a faced-paced tale of organized crime and betrayal, set during Prohibition. Live by Night follows Joe Coughlin from his days as a small-time Boston hood to success as the rum-running boss of the South.

Tim Hickey once told Joe the smallest mistake sometimes casts the longest shadow. Joe wondered what Tim would have said about daydreaming behind the wheel of a getaway car while you were parked outside a bank. Maybe not daydreaming — fixating. On a woman's back. More specifically, on Emma's back. On the birthmark he'd seen there. Tim probably would have said, then again, sometimes it's the biggest mistakes that cast the longest shadows, you moron.

Another thing Tim was fond of saying was when a house falls down, the first termite to bite into it is just as much to blame as the last. Joe didn't get that one — the first termite would be long fucking dead by the time the last termite got his teeth into the wood. Wouldn't he? Every time Tim made the analogy, Joe resolved to look into termite life expectancy, but then he'd forget to do it until the next time Tim brought it up, usually when he was drunk and there was a lull in the conversation, and everyone at the table would get the same look on their faces: What is it with Tim and the fucking termites already?

Tim Hickey got his hair cut once a week at Aslem's on Charles Street. One Tuesday, some of those hairs ended up in his mouth when he was shot in the back of the head on his way to the barber's chair. He lay on the checkerboard tile as the blood rolled past the tip of his nose and the shooter emerged from behind the coatrack, shaky and wide-eyed. The coatrack clattered to the tile and one of the barbers jumped in place. The shooter stepped over Tim Hickey's corpse and gave the witnesses a hunched series of nods, as if embarrassed, and let himself out.

Tim had found Joe and the Bartolo brothers when they were kids setting fire to newsstands. One morning they'd take money from the Globe to burn down one of the Standard's stands. The next day they'd take a payoff from the American to torch the Globe's. Tim hired them to burn down the 51 Cafe. They graduated to late-afternoon home rips in Beacon Hill, the back doors left unlocked by cleaning women or handymen on Tim's payroll. When they worked a job Tim gave them, he set a flat price, but if they worked their own jobs, they paid Tim his tribute and took the lion's share for themselves. In that regard, Tim had been a great boss.

Joe had watched him strangle Harvey Boule, though. It had been over opium, a woman, or a German shorthaired pointer; to this day Joe had only heard rumors. But Harvey had walked into the casino and he and Tim got to talking and then Tim snapped the electric cord off one of the green banker's lamps and wrapped it around Harvey's neck. Harvey was a huge guy and he carried Tim around the casino floor for about a minute, all the whores running for cover, all of Hickey's gun monkeys pointing their guns right at Harvey. Joe watched the realization dawn in Harvey Boule's eyes — even if he got Tim to stop strangling him, Tim's goons would empty four revolvers and one automatic into him. He dropped to his knees and soiled himself with a loud venting sound. He lay on his stomach, gasping, as Tim pressed his knee between his shoulder blades and wrapped the excess cord tight around one hand. He twisted and pulled back all the harder and Harvey kicked hard enough to knock off both shoes.

Tim snapped his fingers. One of his gun monkeys handed him a pistol and Tim put it to Harvey's ear. A whore said, "Oh, God," but just as Tim went to pull the trigger, Harvey's eyes turned hopeless and confused, and he moaned his final breath into the imitation Oriental. Tim sat back on Harvey's spine and handed the gun back to his goon. He peered at the profile of the man he'd killed.

Joe had never seen anyone die before. Less than two minutes before, Harvey had asked the girl who brought him his martini to get him the score of the Sox game. Tipped her good too. Checked his watch and slipped it back into his vest. Took a sip of his martini. Less than two minutes before, and now he was fucking gone? To where? No one knew. To God, to the devil, to purgatory, or worse, maybe to nowhere. Tim stood and smoothed his snow-white hair and pointed in a vague way at the casino manager. "Freshen everyone's drinks. On Harvey."

A couple of people laughed nervously but most everyone else looked sick.

That wasn't the only person Tim had killed or ordered killed in the last four years, but it had been the one Joe witnessed.