Accessibility links
My Husband And My Wives NPR coverage of My Husband and My Wives: A Gay Man's Odyssey by Charles Rowan Beye. News, author interviews, critics' picks and more.

My Husband And My Wives

My Husband And My Wives

My Husband and My Wives: A Gay's Man's Odyssey is Charles Rowan Beye's memoir of a man reflecting on eight tumultuous decades at the complications of discovering at puberty that he is attracted to other men.

NPR stories about My Husband And My Wives 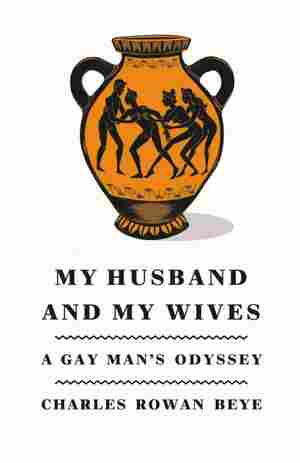 September 25, 2012 • Charles Rowan Beye has been married three times — to two women and a man. Now, over age 80, he looks back on his life and asks, "What was that all about?" Critic Maureen Corrigan says Beye's memoir, subtitled "A Gay Man's Odyssey," is a complex, poignant addition to the sexual canon.

Excerpt: My Husband And My Wives

I was born March 19, 1930, the fifth child, second boy, of six children carried to term. (There were six miscarriages.) An older sister often reminds me resentfully of hearing our father on the phone shouting in joy, "It's a boy, thank God, it's a boy, it's a boy." My father is more myth to me than flesh-and-blood reality. Since at the time of his death I was a small boy whose life was spent in the nursery, I had seen little of him. In fact, my memory of Daddy is little more than the sight of his body in the coffin that the servants took us to view. It reposed in the front hall of our home, since our father, being an atheist, was given a nonreligious funeral there. Although he died only a few days after his fiftieth birthday, he was already head of surgery at the State University of Iowa Hospital, and a distinguished thoracic surgeon. Whatever else I know of him comes largely from Mother, who loved nothing more than to reminisce over cocktails at the end of the day, even if, in the loneliness of her widowhood, her companion was just her teenage son.

Over the years I was to learn that my father was an admirer of Theodore Roosevelt, that he too spent his summer holidays hunting and fishing. I well remember my mother showing me the box in which he kept the trout flies he had made; it was like viewing the crown jewels. He was an acolyte at the altar of the white Anglo-Saxon Protestant hegemony in the United States, fearful and disgusted, if my mother is to be believed, at the invasion of these shores by the Irish and Italian Catholic immigrants, and determined to match their prodigious birth rate with his own efforts, however my mother might have felt about it. (That she did not like children all that much she managed to convey to us in her magisterial indirection.) Needless to say, he was equally affronted by Jews, not because they were superstitious and feckless, as he imagined the Catholics to be, but because he considered them so extremely sharp and grasping. When a parent dies young, there are so many questions a son has not had answered. What, I often wonder, had my father, who was a doctor in the U.S. Army in the First World War, thought about shooting at German soldiers, who must have included his blood relatives, or at least the descendants of fellow townsmen of his father, Wilhelm? How could it be, as Mother often told me, that he was planning a year's sabbatical in Germany for the academic year 1937–38, so as to get to know the Germans better, when as a reader of newspapers he must have noticed the dire turn of events since Hitler's accession to power in 1933? How was it that he admired so very much the Viennese Jew who headed the Orthopedic Surgery Department while always pleased that he and my mother found accommodations in hotels that stated "Gentiles Only"? Again, if I can go by Mother's testimony, this orthopedic surgeon was to be valued because he was a repository of European tradition and learning, but, more than that, because he was a Jew, one of a people who, in my father's opinion, had a more profound sense of high culture, were more refined, than the rest of mankind.

I have always thought that I would not have liked my father very much, but then I remember a favorite family anecdote about Daddy. It happened that when his first four children were very young, he entertained the Roman Catholic priest who had been the chaplain in his unit at the front. This very jolly young man and my father enjoyed sitting about, drinking wine and reminiscing. During his stay, the family dog, Jiggs, died, and, of course, the children were inconsolable. My father hired a carpenter to make the dog a wooden coffin; then my father and his friend contrived that the latter would don his robes of priestly office to lead a procession down to the back of the garden where a grave had been dug. In the presence of the children and the household staff something appropriate was said, and Daddy took the shovel to fling in the first load of earth, and signaled to the grieving little tykes waiting with their toy shovels to take their turn. Mother loved to tell this story, laughing all the while at the kitchen staff, all of them first-generation Irish or German Catholics, who marveled that someone so atheistic and impious as Dr. Beye could yet manage to hold a kind of Catholic burial, including even a priest, for his dog.

My small hometown was distinctive in being both the commercial center for the surrounding farms and the site of the State University of Iowa, which even in the thirties was renowned for its departments of art, theater, creative writing, and music. On Saturday nights there were pickup trucks parked in rows outside J. C. Penney on College Street, where farmers in clean overalls with their wives, dressed in homemade cotton dresses, were shopping. Over at the university another, different crowd was gathering for a performance of the symphony orchestra or on their way to the university theater to see a play. The streets, which were paved in brick, were shaded over in summertime by giant American elms that gave the effect of so many naves of Gothic cathedrals. Where the town ended began open fields as far as the eye could see. This was not the Iowa City of today; large-scale construction after the war turned a village into a city, brought housing developments to the surrounding farmlands, and the tragic invasion of Dutch Elm disease took out the shade. But I don't really see those changes. Maybe I have just looked at too many Grant Wood paintings. He was, after all, a resident of the town.