One for the Books

One for the Books

Title
One for the Books
Author
Joe Queenan

A leading humorist and author of the bestselling Closing Time presents an offbeat analysis of his own eccentric reading style to explain why he avoids acclaimed books, reads several things simultaneously and refuses to lend out his books.

NPR stories about One for the Books 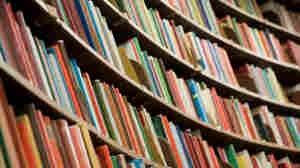 October 30, 2012 • Joe Queenan reads so many books, it's amazing that he can also find time to write them. Queenan estimates he's read between 6,000 and 7,000 books total, at a rate of about 125 books a year. His latest work, One for the Books, is all about what he reads and why.

Excerpt: One For The Books

There are many sad and beautiful stories about books. After being banished to a backwater on the edge of the Black Sea, Ovid wrote a eulogy in honor of his nemesis Augustus Caesar in the language of the barbarians that inhabited the region. Both the eulogy and the language have disappeared. Homer wrote a comic epic that has vanished. Fifteen hundred of Lope de Vega's plays are no longer with us. Almost all of Aeschylus's work — seventy-three plays out on loan from the Greeks — went up in flames when cultural pyromaniacs burned down the library of Alexandria in A.D. 640. Only seven plays remain.

Electronic books will ensure that these tragedies — described in Stuart Kelly's The Book of Lost Books — never reoccur. That's wonderful, but I'd still rather have the books. For me and for all those like me, books are sacred vessels. Postcards and photos and concert programs and theater tickets and train schedules are souvenirs; books are connective tissue. Books possess alchemical powers, imbued with the ability to turn darkness into light, ennui into ecstasy, a drab, predictable life behind the Iron Curtain into something stealthily euphoric. Or so book lovers believe. The tangible reality of books defines us, just as the handwritten scrolls of the Middle Ages defined the monks who concealed them from barbarians. We believe that the objects themselves have magical powers.

People who prefer e-books may find this baffling or silly. They think that books merely take up space. This is true, but so do your children and Prague and the Sistine Chapel. A noted scientific writer recently argued that the physical copy of a book was an unimportant fetish, that books were "like the coffin at a funeral." Despite such comments, I am not all that worried about the future of books. If books survived the Huns, the Vandals, and the Nazis, they can surely survive noted scientific writers. One friend says that in the future "books will be beautifully produced, with thick paper, and ribbons, and proper bindings." People who treasure books will expect them to look like treasures. And so they will have ribbons. Another says, wistfully, that books will survive "as a niche, a bit like taking a carriage ride in Central Park. But more than that."

My obsessive reading life — 7,000 books and counting — has been thrilling, but I am willing to concede that people like me are as mad as hatters. We have invented a way of dealing with the world that works for us, but it will not work for everyone. The presence of books in my hands, my home, my pockets, my life will never cease to be essential to my happiness. I will never own an e-reader. I have no use for them. A dimly remembered girlfriend's handwriting will never take me by surprise in a Nook. A faded ticket to the Eiffel Tower will never fall out of a Kindle. I am a Luddite, and proud of it.

Jacqueline Calvet, mother of one of my oldest and closest friends, spent the last six years of her life in a Berlin apartment with her daughter and her German son-in-law. She was sickly and frail and the only thing that still excited her was the occasional visit to the public library. In those last six years, as her heart gradually failed her, Jacqueline read two thousand books. Two thousand. She was literally using books as a form of life support. She was reading for her life.

My father was cut from a similar cloth. My father and I were not close, but we shared a passion for books. The day he was buried, I visited his tiny apartment one last time. All of his possessions could fit into three plastic trash bags, a metaphor for his monastic lifestyle. When I entered his apartment, I noticed that he had no food in the refrigerator, no artwork, a tape player that worked only when it felt like it, and no television. But there were books all over the place. There were books about holy men and cowboys and the Romans and the Hound of the Baskervilles. There were lots of books about the day somebody died: Abraham Lincoln, John Fitzgerald Kennedy, Wild Bill Hickok, Jesus Christ. As his life wound down, he had shed all the trifles one does not need in this world. There was nothing on television that could possibly mean anything to him. There was nothing he could hang on the walls that would make any difference now. But his books still mattered to him, just as they had mattered when he was young and full of hope, before alcohol got its hooks into him. His books still held out the hope of doing a far, far better thing than he had ever done, of going to a far, far better rest than any he had ever known. His books allowed him to cling to dreams that would never materialize. Books had not enabled him to succeed. But they had mitigated the pain of failure. Reading is the way mankind delays the inevitable. Reading is the way we shake our fist at the sky. As long as we have these epic, improbable reading projects arrayed before us, we cannot breathe our last: Tell the Angel of Death to come back later; I haven't quite finished Villette. This is the greatest gift that books give to mankind. Every life, even the best ones, ends in sadness. People we adore pass on; voices we love to hear are stilled forever. Books hold out hope that things may end otherwise. Jane will marry Rochester. Eliza will foil Simon. Valjean will outlast Javert. Pip will wed Estella. The wicked will be overthrown, and the righteous shall prosper. As long as there are beautiful books waiting for us out there, there is still a chance that we can turn the ship around and find a safe harbor. There is still hope, in the words of Faulkner, that we shall not only survive; we shall prevail. There is still hope that we shall all live happily ever after.