Neil Young presents the story of his career against a backdrop of 40 years of history. He discusses such topics as his collaborations with fellow artists, his creative process and his activist work with Farm Aid and The Bridge School. 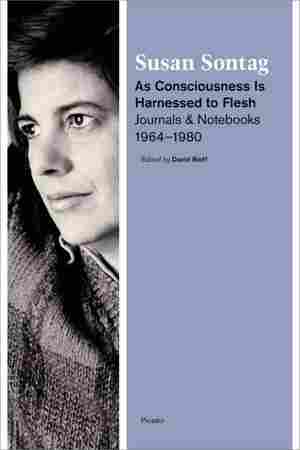 July 29, 2013 • In nonfiction Neil Young presents the story of his career, Susan Sontag reflects on her artistic development and Richard Russo explores his relationship with his mother. In fiction, Alice Munro illuminates the moments that shape a life. 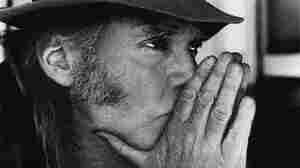 October 1, 2012 • Waging Heavy Peace is about his music, raising two sons with special needs, and his own medical conditions, which have included polio, epilepsy and a brain aneurysm.

I pulled back the plastic sticky tape from the cardboard box. Wrapping paper was on the ground around my feet. My son Ben watched from his chair, and Amber, my daughter, and my wife Pegi sat around me. I carefully lifted the heavy weight out of the box. It was further wrapped in packing paper and then a final layer of some foamy quarter-inch-thick protective material. Then it was revealed: a locomotive switcher with handmade Lionel markings. Curiously, it was not a real Lionel. It must have been some kind of prototype. There was a white typewritten sheet in the box from Lenny Carparelli, one of the endless stream of Italians connected in one way or another to the history of Lionel, a company I still have a small share of. I read the sheet. The model was from General Models Corporation. It was a beautiful model of a switcher. It was indeed the prototype that Lionel had used to create its own model from. As the letter pointed out, this was back in the days before corporate lawsuits and trade secrets invaded every little area of creativity and design.

Pegi always gives me Lionel collectibles for holidays, and I now have a very extensive collection of rarities, all proudly displayed behind glass in a room with a giant train layout on my Northern California ranch. It is not a normal train layout: The scenery is made up of redwood stumps for mountains and moss for grassy fields. The railroad has fallen on hard times. A drought has ensued. Track work, once accomplished by hardworking teams of Chinese laborers, has been left dormant. Now expensive, highly detailed Lionel steam engines from China traverse the tracks. The railroad is historic in its own way as the site of many electronic development programs where the Lionel command control and sound systems were conceived and built from scratch, then the prototypes were tested and the software was written, tested, rewritten, and retested. Heady stuff, this electronics development.

It all started with Ben Young. Ben was born a quadriplegic, and I was just getting back into trains at the time, reintroducing myself to a pastime I had enjoyed as a child. Sharing the building of the layout with Ben is one of the happiest times. He was still in his little bassinet when the Chinese laborers originally laid the track, thousands of them toiling endless hours through the nights and days. He watched as we worked. Then, after months, it eventually came time to run the trains, and later I devised a switch system run by a big red button that he could work with his hand. It took a lot of effort, but it was very rewarding to see the cause and effect in action. Ben was empowered by this. My friend and studio maintenance engineer Harry Sitam was responsible for actually building the devices, electronic switching mechanisms that turned the power on and off at the touch of a button. A selector enabled momentary or toggle action. Harry was a huge help.

That was thirty-three years ago, though, and now I have the Windex out and I am cleaning the glass doors on the display shelves where my prized Lionel possessions are kept safe and sound for all to see. Not that anybody ever comes here. You could count the visitors on your hand. Relatively speaking, that is, to the amount of care that has gone into the display. The display and layout are a Zen experience. They allow me to sift through the chaos, the songs, the people, and the feelings from my upbringing that still haunt me today. Not in a bad way, but not in an entirely good way, either. Months go by with boxes piled everywhere and trains derailed with dust gathering on them. Then miraculously I reappear and clean and organize, working with every little detail for hours on end, making it all run perfectly again. This seems to coincide with other creative processes.

I remember one day David Crosby and Graham Nash were visiting me at the train barn during the recording of American Dream, which we did a lot of on my ranch at Plywood Digital, a barn that was converted to a recording studio. We had a truck parked outside full of recording equipment and were working on several new songs. We were all pretty excited about playing together again. David had recently gotten straight, was recovering from his addiction to freebase, had recently completed jail time having to do with a loaded weapon in Texas, and was still prone to taking naps between takes. His system was pretty much in shock, and he was doing the best he could because he loves the band and the music so much. There is no one I know who loves making music more than David Crosby. Graham Nash has been his best friend for years, through thick and thin, and they sing together in a way that shows the depth of their long relationship.

They met in the Hollies and the Byrds, two seminal bands in the history of rock and roll, and then came together with Stephen Stills to form Crosby, Stills & Nash around 1970. Their first record is a work of art, defining a sound that has been imitated for years by other groups, some of which have enjoyed even greater commercial success, but there can be no mistaking the groundbreaking nature of that first CSN record. Stephen played most of the music, overdubbing all the parts into the night with Dallas Taylor and Graham. There was so much he had wanted to do with Buffalo Springfield, like producing, writing, and arranging harmonies, as well as playing more guitar, and that was his first opportunity to be really creative after Springfield ended, and he went for it big-time.