In Lost at Sea, Jon Ronson — whom Daily Show host Jon Stewart once described as "an investigative satirist" — profiles such eccentricities of contemporary culture as indigo children, fans of Insane Clown Posse and practitioners of assisted suicide.

NPR stories about Lost at Sea 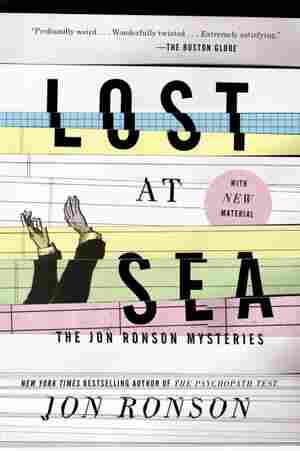 September 30, 2013 • In softcover fiction, Mark Helprin sets a romance against the backdrop of midcentury New York, and Ian Frazier presents the journals of a mother who swears an extremely blue streak. In softcover nonfiction, Yael Kohen collects an oral history of women in comedy, and Jon Ronson gathers some funny stories of his own. 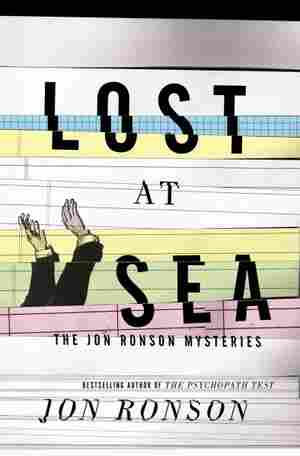 The Adventures Of An Investigative Satirist

November 11, 2012 • Jon Ronson, the bestselling author of The Psychopath Test and The Men Who Stare at Goats, has spent his life exploring mysterious events and meeting extraordinary people. His newest book, Lost at Sea, is a collection of true mini-adventures he has written along the way.

The Adventures Of An Investigative Satirist

On December 18, 2006, Robbie Williams played the last of fifty-nine stadium shows in a row, announced he was going to spend Christmas at his home in Los Angeles, and then basically disappeared. He was hardly seen at all in 2007. He briefly checked into rehab. He spent quite a bit of time hiking and playing soccer (he owns a soccer field on Mulholland Drive). Then he stopped doing that too. According to reports, he seemed to have retreated inside his house, the curtains closed. His record company announced he had no plans to release an album in 2008.

Today he unexpectedly calls me to ask if I want to go with him to the desert in Nevada to meet UFO abductees.

I log on to the conference website. It's taking place at the quite down-at-heel-looking Aquarius Casino Resort. The conference slogan is "Educating the World One Person at a Time," which makes it sound as if there won't be many people attending. The speakers will include Ann Andrews, from Lincolnshire, who claims her son, Jason, has had "disturbing experiences at the hands of many different alien species," and a surgeon, Dr. Roger Leir, who claims he has extracted from patients fifteen metallic implants that are not of earthly metal.

"I wonder if he'll bring the implants along," I say.

"So you can see with your own eyes whether they're earthly or not?" Robbie asks.

"According to Jon," Robbie says. "I don't want to hear any debunking because I want to believe."

I fly to Los Angeles. When Robbie comes to his door, I hardly recognize him. He's put on a lot of weight and has grown a very bushy beard. I stare at it. "OK," he says. "I'm piecing it together now. I've grown a beard and I'm going to Nevada to speak to people about UFOs. I think I should shave so I don't look so mad."

We go to his TV room. It's bright outside but the curtains are closed. His girlfriend, the actor Ayda Field, is in there, watching a UFO DVD. We all watch it. This isn't all he does nowadays — he has been writing songs and playing golf too — but the paranormal has become a very big part of his life since he disappeared from public view.

Robbie first contacted me in 2005. He telephoned me out of the blue from a hotel in Blackpool where he was filming the video for his song "Advertising Space." He said he liked a book I had written and was thinking of spending a night in a haunted house.

I spent a week sending e-mails: "Dear Lady, I've read that, if the portrait in your drawing room is moved, a ghost is apparently disturbed and manifests itself. Recently I have been contacted by the pop star Robbie Williams who would like to spend a night in a haunted house and so I wonder whether he and I can pay a private visit."

I expected not to hear back from anybody, but, in fact, once I invoked Robbie's name, owners of country piles started flinging their ghosts at me as if they were their debutante daughters.

"One of the guest bedrooms is definitely haunted by a young woman called Abigail who was starved to death by a monk in 1732," e-mailed one baroness. "Robbie is more than welcome to spend the night."

I was surprised to find how widespread the belief in ghosts was among the aristocracy. One hundred percent of the people I contacted responded instantly to say their houses were definitely haunted and Robbie was more than welcome to spend the night. Then Robbie e-mailed to say he didn't really have time to spend the night in a haunted house after all.

"I've put a week into this," I crossly thought. "Now I see why Robbie Williams gets on so well with ghosts. They both only manifest themselves when it suits them."

But we kept in touch. For a while we planned to go on a cruise together — hosted by the psychic Sylvia Browne — through the Mediterranean. But he pulled out due to concerns that if the ship happened to be filled with Robbie Williams fans, there'd be nowhere for him to flee to. He also considered going to Peru to take ayahuasca, a hallucinogenic so powerful — a shaman told me when I inquired on Robbie's behalf — it awakens our dormant plant DNA. But that trip was canceled when it dawned on him that ayahuasca is a terrible idea if one is in a fragile mental state. He'd speak wistfully about some future day when he'd have less work on and could investigate the paranormal for real. And now that day has come.