A full-length biography of a leading painter of the Italian High Renaissance takes into account recent historical art research and scholarship and examines all contemporary accounts of Titian's life and work, attempting to explain the evolution of his complex methods. 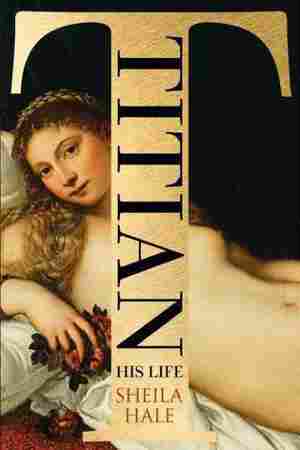 In 'Titian,' New Perspective On An Italian Master

November 21, 2012 • The Venetian painter Titian is one of the most enduringly influential artists of the Renaissance. Yet his last full biography was written in the 19th century. Sheila Hale's new book, Titian: His Life, contrasts the Italian master's quiet existence with that of the turbulent city that nurtured his talent.

Titian had much to learn before he would be experienced enough to collaborate with a master or turn out paintings in the style of that master's studio. And so, Dolce tells us, an uncle took Titian along to the workshop of Sebastiano Zuccato, and asked him 'to impart to Titian the basic principles of art'. Sebastiano was a minor painter from Treviso, where the Vecellio men stopped on their journeys between Venice and Cadore and may have got to know the Zuccato family. Sebastiano's two sons, Valerio and Francesco, later became the leading mosaicists of Venice. Although they were a generation younger than Titian, who didn't stay in their father's studio for long, they became lifelong friends. Valerio, who was a talented actor in staged comedies, married Polonia, the pre-eminent Venetian actress in the 1530s. He also designed women's hats and clothes, which he sold in a boutique off the Merceria.

Like most Venetian artists Sebastiano Zuccato probably lived and worked in the same premises in the vicinity of the Rialto, in a campo or on a quay where pictures could be set out to dry, and with easy access to a canal to facilitate taking delivery of supplies and dispatching paintings. Some artists' workshops used slave labour for unskilled jobs, but most employed boys who worked in return for instruction and a small wage. Sebastiano Zuccato would have taught Titian the basics: how to prepare a panel and stretch canvas; how to size the support with a thin layer of gypsum mixed with warmed rabbit glue; how to grind pigments, clean the grinding stones, wash brushes with lamp oil. Although Sebastiano was probably too limited an artist to

teach the new techniques of painting with oils, Francesco and Valerio affected Titian's artistic development by inspiring an interest in the art of mosaic. He would design some of the cartoons — which would have been on paper, to scale and in colour — for their mosaics in the basilica of San Marco. And his understanding of mosaics, which had to be seen in dim, flickering light, was to be useful when he came to compose paintings for difficult locations. Later in his career it may have affected the impressionistic technique — which Vasari described as 'executed ... in patches of colour, with the result that they cannot be viewed from near by, but appear perfect from a distance'.

But, in his first months with Sebastiano Zuccato, just running to the shops to buy supplies was an education in itself for a fledgling painter. Venice offered the most various and least expensive selection of high-quality artists' materials in the world. Linen canvas was available in a variety of weights and weaves — fine, heavy, twilled or herringbone — from specialist shops that also supplied the sail-makers in the arsenal. Canvas, which was beginning to be used as a support

for large-scale works, particularly in Venice where fresco deteriorated rapidly in the damp climate, encouraged painters to experiment with the rough texture it could contribute to their works. Gradually it would be used in preference to panel because if primed with a flexible gypsum it allowed paintings to be rolled for transport. The mineral, vegetable and insect ingredients of pigments and dyestuffs, which were essential for the manufacture of glass, ceramics and textiles as well as for painters, were imported into the city in industrial quantities from the Levant, from northern Europe and later in the century from the new world. Venetians experimented with more intense colours, like the brilliant orange produced when realgar was mixed with orpiment, new paint mixtures such as red lakes with copper-green glazes and orange mixed with blue paint. Visiting artists took advantage of the pre-export prices to stock up with colours, which were sold, not by apothecaries as elsewhere in Italy, but by specialist colour sellers, the vendecolori, whose shops were also meeting places where artisans and artists exchanged information and ideas about the uses of new and familiar materials. The vendecolori also stocked linseed and walnut oil, glue, brushes, cloth for cleaning rags, and the gums and resins used as varnishes or to refine or manufacture pigments, as well as unusual substances, such as the pulverized glass or sand some painters used to add vibrant reflections, to speed up drying time and to enhance transparency.

The air of the dark, dusty, busy colour shops was spiced with warmed vinegar in which lead and copper were steamed to produce lead white and verdigris. Their shelves and backrooms were piled with dried insects, herbaceous perennials, metals and minerals: yellow orpiment and orange realgar, which was also used for making fireworks; cinnabar and the tiny bodies of female insects imported from India that produced the finest crimson glazes; malachite from Hungary; earth colours from Siena and Umbria; softwood pitch, a by-product of charcoal making, used for brown glazes. Of the pigments manufactured locally, Venice was well known for its vermilion, its lead-tin yellow and especially its lead white, which was exported to England in such quantities that it was known there as Venetian white. Venetians used it as a priming coat, greyed or browned by the addition of particles of charcoal or lamp black, for modeling or impasto highlights, or mixed with other pigments to intensify their colour and enhance their reflective properties.

The most precious pigments were sold by the ounce or half-ounce. Venice had a virtual monopoly on lapis lazuli. The most expensive artists' material after gold, lapis lazuli was mined in the mountainous caves of Badakhshan (in present-day Afghanistan), which were accessible for only a few months in the year. The extraction of ultramarine — oltremare di Venezia -- from lapis lazuli was a laborious procedure, which involved hammering and kneading the ground stone with wax, resins and oils, which was then soaked in water for several days until the precious pigment floated to the surface. Lapis was sometimes used in combination with azurite, which was known as German blue because the best-quality crystals were mined in Germany, where they were ground and graded before export to Venice to be made into pigment, some of which was returned across the Alps.