Accessibility links
Walkable City NPR coverage of Walkable City: How Downtown Can Save America, One Step at a Time by Jeff Speck. News, author interviews, critics' picks and more.

How Downtown Can Save America, One Step at a Time

Jeff Speck, a city planner and architectural designer, delves into what it means to make a city pedestrian-friendly. Packed with observations and real-world examples, his book tackles the challenges of city life, advocating for smart growth and sustainable design while presenting a plan for making American cities safe and efficient. 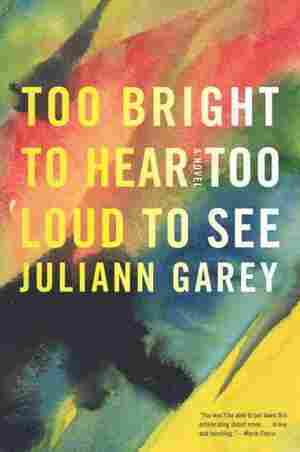 Nov. 11-17: A Stargazer, A World Wanderer And Sidewalks For All

November 12, 2013 • In softcover fiction, Katherine Marsh searches the heavens for a teenage dwarf's destiny and Juliann Garey approaches a bipolar life from three different angles. In softcover nonfiction, Jeff Speck paces the city streets and Ezekiel Emanuel reflects on the family life of three brothers with a few sharp angles of their own. 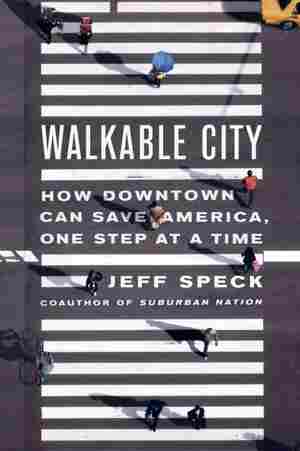 November 17, 2012 • City planner Jeff Speck says walking will remain a choice in most American cities for years to come, but that it's important to incentivize pedestrians. In his book, Walkable City, Speck says urban walks have to be useful, safe, comfortable and interesting.

A GENERAL THEORY OF WALKABILITY

As a city planner, I make plans for new places and I make plans for making old places better. Since the late eighties, I have worked on about seventy-five plans for cities, towns, and villages, new and old. About a third of these have been built or are well under way, which sounds pretty bad, but is actually a decent batting average in this game. This means that I have had my fair share of pleasant surprises as well as many opportunities to learn from my mistakes.

In the middle of this work, I took four years off to lead the design division at the National Endowment for the Arts. In this job, I helped run a program called the Mayors' Institute on City Design, which puts city leaders together with designers for intensive planning sessions. Every two months, somewhere in the United States, we would gather eight mayors and eight designers, lock ourselves in a room for two days, and try to solve each mayor's most pressing city- planning challenge. As might be imagined, working side by side with a couple hundred mayors, one mayor at a time, proved a greater design education than anything I have done before or since.

I specialize in downtowns, and when I am hired to make a downtown plan, I like to move there with my family, preferably for at least a month. There are many reasons to move to a city while you plan it. First, it's more efficient in terms of travel and setting up meetings, something that can become very expensive. Second, it allows you to truly get to know a place, to memorize every building, street, and block. It also gives you the chance to get familiar with the locals over coffee, dinners in people's homes, drinks in neighborhood pubs, and during chance encounters on the street. These nonmeeting meetings are when most of the real intelligence gets collected.

These are all great reasons. But the main reason to spend time in a city is to live the life of a citizen. Shuttling between a hotel and a meeting facility is not what citizens do. They take their kids to school, drop by the dry cleaners, make their way to work, step out for lunch, hit the gym or pick up some groceries, get themselves home, and consider an evening stroll or an after-dinner beer. Friends from out of town drop in on the weekend and get taken out for a night on the main square. These are among the many normal things that nonplanners do, and I try to do them, too.

A couple of years ago, while I was working on a plan for Lowell, Massachusetts, some old high- school friends joined us for dinner on Merrimack Street, the heart of a lovely nineteenth century downtown. Our group consisted of four adults, one toddler in a stroller, and my wife's very pregnant belly. Across the street from our restaurant, we waited for the light to change, lost in conversation. Maybe a minute passed before we saw the push-button signal request. So we pushed it. The conversation advanced for another minute or so. Finally, we gave up and jaywalked. About the same time, a car careened around the corner at perhaps forty-five miles per hour, on a street that had been widened to ease traffic.

The resulting near- miss fortunately left no scars, but it will not be forgotten. Stroller jaywalking is a surefire way to feel like a bad parent, especially when it goes awry. The only consolation this time was that I was in a position to do something about it.

As I write these words, I am again on the road with my family, this time in Rome. Now the new baby is in a sling, and the toddler alternates between a stroller and his own two feet, depending on the terrain and his frame of mind. It is interesting to compare our experience in Rome with the one in Lowell, or, more to the point, the experience of walking in most American cities.

Rome, at first glance, seems horribly inhospitable to pedestrians. So many things are wrong. Half the streets are missing sidewalks, most intersections lack crosswalks, pavements are uneven and rutted, handicap ramps are largely absent. H ills are steep and frequent (I hear there are seven). And need I mention the drivers?

Yet here we are among so many other pedestrians — tourists and locals alike — making our way around Trastevere ... on our toes, yes, but enjoying every minute of it. This anarchic obstacle course is somehow a magnet for walkers, recently selected by readers of Lonely Planet travel guides as one of the world's "Top Ten Walking Cities." Romans drive a fraction of the miles that Americans do. A friend of ours who came here to work in the U.S. embassy bought a car when he arrived, out of habit. Now it sits in his courtyard, a target for pigeons.

This tumultuous urban landscape, which fails to meet any conventional American mea sure of "pedestrian friendliness," is a walker's paradise. So what's going on here? Certainly, in competing for foot traffic, Anatole Broyard's "poem pressed into service as a city" began with certain advantages. The Lonely Planet ranking is likely more a function of spectacle than pedestrian comfort. But the same monuments, arranged in a more modern American way, would hardly compete. (Think L as Vegas, with its Walk Score of 54l.) The main thing that makes Rome — and the other winners: Venice, Boston, San Francisco, Barcelona, Amsterdam, Prague, Paris, and New York — so walkable is what we planners call "fabric," the everyday collection of streets, blocks, and buildings that tie the monuments together. Despite its many technical failures, Rome's fabric is superb.

Yet fabric is one of several key aspects of urban design that are missing from the walkability discussion in most places. This is because that discussion has largely been about creating adequate and attractive pedestrian facilities, rather than walkable cities. There is no shortage of literature on this subject and even a fledgling field of "walkability studies" that focuses on impediments to pedestrian access and safety, mostly in the Toronto suburbs. These efforts are helpful, but inadequate. The same goes for urban beautification programs, such as the famous "Five B 's" of the eighties — bricks, banners, bandstands, bollards, and berms — that now grace many an abandoned downtown.

Lots of money and muscle have gone into improving sidewalks, crossing signals, streetlights, and trash cans, but how important are these things, ultimately, in convincing people to walk? If walking was just about creating safe pedestrian zones, then why did more than 150 Main Streets pedestrianized in the sixties and seventies fail almost immediately? Clearly, there is more to walking than just making safe, pretty space for it.

The pedestrian is an extremely fragile species, the canary in the coal mine of urban livability. Under the right conditions, this creature thrives and multiplies. But creating those conditions requires attention to a broad range of criteria, some more easily satisfied than others. Enumerating and understanding these criteria is a project for a lifetime — it has become mine — and is forever a work in progress. It is presumptuous to claim to have figured it out, but since I have spent a lot of time trying, I reckon it is worth communicating what I have learned so far. Since it tries to explain so much, I call this discussion the General Theory of Walkability.

The General Theory of Walkability explains how, to be favored, a walk has to satisfy four main conditions: it must be useful, safe, comfortable, and interesting. Each of these qualities is essential and none alone is sufficient. Useful means that most aspects of daily life are located close at hand and organized in a way that walking serves them well. Safe means that the street has been designed to give pedestrians a fighting chance against being hit by automobiles; they must not only be safe but feel safe, which is even tougher to satisfy. Comfortable means that buildings and landscape shape urban streets into "outdoor living rooms," in contrast to wide- open spaces, which usually fail to attract pedestrians. Interesting means that sidewalks are lined by unique buildings with friendly faces and that signs of humanity abound.

These four conditions are mostly a way of thinking about a series of specific rules that are further organized into what I call the Ten Steps of Walkability. These will be explored later. Together, I believe that they add up to a complete prescription for making our cities more walkable.

But first, we must understand that the walkable city is not just a nice, idealistic notion. Rather, it is a simple, practical-minded solution to a host of complex problems that we face as a society, problems that daily undermine our nation's economic competitiveness, public welfare, and environmental sustainability. For that reason, this book is less a design treatise than an essential call to arms. Why we need walkability so badly is the subject of the next section.