A Liberal's Case for the Second Amendment

Living With Guns examines the war over gun control in America as well as the rigid ideologies that have informed the debate on both sides for over 50 years.

NPR stories about Living With Guns 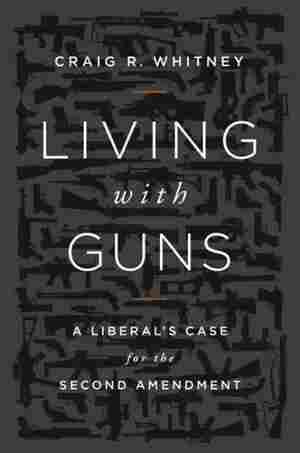 November 18, 2012 • Americans own an estimated 300 million guns, and the debate surrounding that ownership has long been a charged one. In Living With Guns, Craig Whitney explores areas where opposing sides might find common ground, and even compromise.

America grew up with guns, my generation learned when we were kids in the 1950s. The West was won with guns, John Wayne and James Arness told us on screens big and small. G Men, The Untouchables, and Bonnie and Clyde, all seem pretty tame today, with movies that show bullets tearing into flesh and gore spurting out, or brains slowly sliding down blood-spattered walls after a shot to the head, in one film after another, not to speak of video games where you can inflict terminal injury yourself, at least on digital adversaries.

Entertainment aside, Americans identify themselves in part by metaphors and symbols based on firearms, and myths whose power derives from their basis in truth — the shot heard 'round the world, the Minutemen who won (or at least started) the Revolutionary War, Wild Bill Hickok and the gunslingers who tamed the West. Even our language smells of gunpowder. "She's a real pistol." "I've got him in my sights." "Half-cocked." "Loaded for bear." "Stick to your guns." "Under the gun." "Gun-shy." "Trigger-happy." "Lock, stock, and barrel." If it hadn't been for a .38 pistol that little Louis Armstrong found in his mother's trunk one Christmas week in New Orleans, we wouldn't have "Satchmo" — he was arrested for illegal possession of a firearm after firing off six blank shots one night during street celebrations and sentenced to the Colored Waifs' Home for Boys. There he learned to play the cornet, and changed the course of American music.

In those days, a hundred years ago, gun rights were not the controversial subject they later became. Guns were in common use then, not just in New Orleans but all over America. Regulations abounded — state and local regulations, for safety and order — as they had since colonial days. The national problem of organized crime that arose in the wake of Prohibition prompted the first federal gun-control laws, but there was little public objection to keeping the mob from getting its hands on machine guns, which had not been used in militia service in the early days of the republic and therefore were considered not to be protected by the Second Amendment. The guns that were owned by civilians were, by and large, long guns, meaning rifles and shotguns, and they were used mainly for hunting. In the 1930s, long guns outnumbered handguns seven to one.

Whether the global bloodletting of World War II had an effect on American thinking about arms for self-defense is unclear — though gun-rights activists nowadays often use the anti-Semitic laws passed by the Nazis to disarm Jews as an example of what could happen to Americans if their gun rights were taken away. It was not abuse of power by the federal government, however, but social stresses and strains that emerged in the turbulent 1960s that changed the way many Americans think about firearms.

The 1960s were the turning point for the cultural war over guns as we know it. By that decade, rising crime, increasing racial tensions in large cities, and a loss of public confidence in the ability or the willingness of the police to provide protection had led millions of Americans to buy weapons for personal protection, and the firearms industry met the increased demand. In 1951, domestically produced and imported handguns totaled 380,462. By 1965, that figure had more than doubled, to 973,823, and two years later it had risen to 1.6 million. Nearly half of those guns were cheap imports, "Saturday night specials." In 1968 alone, handgun imports rose to 1,155,368 (many if not most of those weapons were bought that year by Samuel Cummings, an international arms dealer, in anticipation that Congress would move to restrict them and that demand for already imported ones would soar), and total sales of handguns were about 2.5 million.

By 1969, a national commission estimated that there were 24 million handguns in private hands. And in those turbulent years of race riots and rising crime, more guns decidedly meant more homicides. In Detroit, for example, guns were involved in 39 percent of the 140 homicides in 1965; in 1968, a year after one of the most violent race riots in American history, the city had 389 murders, and guns were used in 72 percent of them.

Congress was reluctant to pass gun laws that would be taken as a threat to the lawful use of weapons by ordinary Americans. The assassination of President John F. Kennedy in Dallas in 1963 did little to shake this reluctance, though it vividly dramatized the availability of dangerous firearms. Lee Harvey Oswald had mail-ordered the 6.5-mm Carcano rifle with telescopic sight that he used to kill the president, but though Congress was pressed in the aftermath of the assassination to ban mail-order sales of shotguns and rifles, the legislators would not do it.

Congress refused again after the assassination of Dr. Martin Luther King Jr. in 1968. King himself was a polarizing figure in the mid-1960s, when American society was in the throes of the greatest racial, political, and social turmoil since the Great Depression. His calls for nonviolent civil disobedience mobilized African Americans all over the South to resist the many discriminatory laws that enforced segregation. Yet those years also inspired white fear. King's calls for nonviolence contrasted with deeply unsettling racial traumas like the riots in the Watts African American ghetto in Los Angeles in 1965 that killed thirty-seven people and did $40 million worth of damage. Meanwhile, King's leadership in the civil rights movement was under challenge by such apostles of violence as Malcolm X, who spoke out in Cleveland in 1964 with the message that "it's time for Negroes to defend themselves. Article number two of the constitutional amendments provides you and me the right to own a rifle or a shotgun." Activists such as Huey Newton and Bobby Seale in Oakland, California, took the right seriously and required recruits to their Black Panthers to be armed and to know how to use firearms because "the gun is the only thing that will free us." In their black uniforms, they carried their weapons openly, because California law required permits only for concealed carrying.

By early 1967, the Panthers were beginning to cow the Oakland police, and on May 2 of that year, thirty of them, including six women, showed up at the state capitol, openly carrying pistols and shotguns — loaded, as the law then allowed in public places, as long as they were not used to threaten anyone. They had chosen that day because the legislature was debating a proposal backed by Don Mulford, a Republican assemblyman from the county that includes Oakland, to make it illegal to openly carry loaded guns within city limits. Bobby Seale mounted the capitol steps to proclaim that it was time "for black people to arm themselves" against what he called the terror white America was inflicting on blacks everywhere. "The Sacramento 'Invasion,' as the papers called it, was a huge success for the Panthers — and a historic event that came to define the bold, assertive protest mentality of late 1960s radicals. Their visit to the capitol made headlines across the country and television news broadcast film of the event over and over ... Whites were horrified and began to call for the government to take more aggressive action to stop the Panthers."5 And the California legislature passed the Mulford Act, which provided a five-year jail term for anyone, white or black, caught carrying a loaded gun on a public street anytime after the moment Governor Ronald Reagan signed it on July 28, 1967 — just after the deadliest race riot in American history in Detroit, where police and the National Guard came under fusillades of gunfire. The California law was not aimed at blacks, both Reagan and Mulford insisted. Nevertheless, it clearly was, and even though it also limited whites' gun rights, for a while the fear of violence — reinforced by the summer of racial violence made worse by the availability of Saturday night specials — began to carry the day.