by Donald Hall and Mary Azarian

A former Poet Laureate draws on childhood memories while sharing the story of 12-year-old Donnie, who visits his grandparents' farm during the holiday season of 1940, where he listens to his grandfather's spoken poetry and wonders at a beautiful but obsolete sleigh before a huge snowstorm challenges his ability to return home. 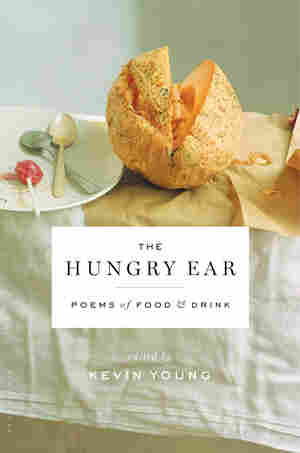 November 29, 2012 • Critic Alan Cheuse maps out a winter wonderland of fiction and poetry — from ancient Greece to the near-future visions of Walter Mosley, a selection of the best books to give and receive this holiday season. Cheuse says these five books strike the perfect balance between lyricism and narrative. 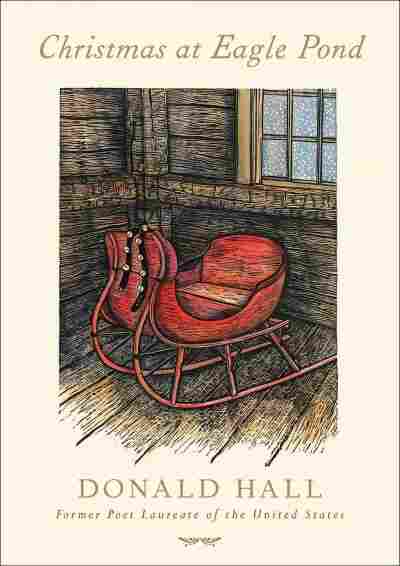 ON THE WINTER SOLSTICE of 1940, the darkest day, I rode a train into central New Hampshire. I was twelve and traveled for Christmas to my grandparents' Eagle Pond Farm, where I spent summers haying with my grandfather. The Boston and Maine passenger train was a puffing steam engine followed by a coal car, a mail car, and a coach barely populated. We slowed and stopped in West Andover, at the tiny depot called Gale, and the conductor—in the summer he wore a handkerchief tucked between his collar and his neck—set down the yellow step for me to descend with my suitcase. Dimly in the darkness, I saw what I looked for: my grandfather Wesley Wells with his horse and buggy, Gramp whispering into Riley's ear because the clatter of the train made him skittery.
We said, "Gramp!" "Donnie!" and hugged. We stuffed my suitcase behind the buggy's seat. My grandfather had always before picked me up in the high light of June. This Sunday it was wholly dark at six P.M., with scrappy snow on the ground. I saw that Gramp had hung oil lamps at the front and back of the buggy, and now—having snuffed them out to save kerosene as he waited for my train—he lit them again with a wooden kitchen match. We climbed into the seat and set out for the farm. There were few cars on the road, but we needed to be visible as we rattled down Route 4 with wheels in the gutter. Two Model A's pulled around us. We passed the glacial boulder looming through the darkness at the side of the road. Riley shied at it, although he had passed it ten thousand times.
After we spoke encouraging words about my mother's operation, we hardly talked; we were both too excited. Ahead I watched for the lights of Eagle Pond Farm, and soon I saw not only the porch light but through the window a lighted Christmas tree.

My parents and I lived in Hamden, Connecticut, a suburb of New Haven. I was a single child, like so many during the Depression. My mother's operation had been successful—she would recover fully—but medical habits were different in those days, and my mother remained in the hospital ten days. Soon she would be home, in bed upstairs; there would be little Christmas in Hamden on December 25. For many years I had asked my parents if we could drive north to the farm for Christmas, because I wanted to see it in winter, and because my mother had entertained me with her girlhood memories of Christmas there. This year they let me go by myself. It was my biggest present.
My father drove me to the New Haven railroad station
—a great cathedral, high-ceilinged over rows of benches, one wall grated with ticket stalls. We bought my ticket to Boston, and my father nervously put me and my suitcase on the streamliner, its engine shaped like a bullet wearing skirts. I took a window seat as the train puffed through the railway yards past empty passenger cars and unloaded freight trains. We chugged by rows of houses beside the noisy tracks and emerged into a countryside bordered by Long Island Sound. Between the train and the water hovered the remains of a derelict trolley line that once took passengers, with many stops and transfers, from Boston down the coast to New Haven. Over the marshes, the broken line swooped on great wooden trestles, dangling tracks where a thousand seagulls perched.
The train stopped in New London, Westerly, Kingston, Providence, Back Bay, and finally pulled into Boston's enormous South Station. My aunt Nan, youngest of three Eagle Pond sisters, was waiting for me as I stepped off the streamliner. She was working in a Boston bookstore while her husband did a stint in the Coast Guard. My parents had been relieved that she could lead me across Boston, although I could have done it myself. I felt babied. A yellow cab took us to the smaller and older North Station, where the Boston and Maine dispatched trains north to Maine, New Hampshire, and Vermont. I bought my ticket and waited an hour talking with my aunt before departure. We hugged and said goodbye, and I climbed into the little train we called the Peanut. There were two passenger cars, and I boarded the front one because the second would be dropped off at the big city of Manchester, New Hampshire. The Peanut went all the way to White River Junction in Vermont, stopping at a dozen depots on the way, and returned the morning after. Now it passed through the populous area north of Boston, through Lowell and Lawrence and into farming country. For the first time I looked at snow on hayfields, and on barns that sheltered Holstein cattle. Approaching Manchester I watched as houses displaced fields. We dropped the second car and headed toward Concord, the state capital, where a railway station rose on the alluvial plain of the Merrimack River. Then the Peanut stopped every few miles—Penacook, Boscawen, past farmland into the market town of Franklin. We stopped at the East Andover depot named Halcyon, three miles later Andover, two miles later Potter Place, two miles later West Andover, where my grandfather waited at its depot called Gale. The stations were close together because, not so long in the past, farmers carted their milk by oxen to the railroad's morning milk car, on its way to Boston and H. P. Hood. These days, a truck picked up the cans at Eagle Pond Farm.

We pulled into the U-shaped driveway, my grandmother smiling in the kitchen door wearing a cardigan over her print dress and apron. While my grandfather backed the buggy into the carriage shed, detached Riley, and led him to his stall, my grandmother Kate held me close. I followed her into the kitchen, warm from the range's fire. Gramp had finished his chores and supper before picking me up, and now he joined us as Gram served me baked beans with brown bread. I was mopping up the last of the beans when the telephone rang twice, which on our party line meant that the call was for us. Central told Gram that it was person-to-person for Donnie Hall, which didn't surprise anybody. Gram gave me the phone, and I heard my mother's frail voice from the hospital bed. I told her I was fine, how was she? She was feeling stronger, she said, and handed the phone to my father. He repeated that my mother felt better. "By the time you get back," he said, "her doctor says she'll be home. Soon she'll be downstairs sitting up."
The cows already milked, now Gramp shut up the chickens, and we sat in the living room, warmed by the Glenwood stove. My grandfather spoke vigorously of "Franklin Delano Roosevelt"—Gramp sounded like a Fourth of July orator—and his reelection last month, the first third term for an American president. Gramp was the world's most enthusiastic Democrat; possibly he was New Hampshire's only Democrat. His father had been a Copperhead, and brought up his children to despise Lincoln's party, although he fought in the Civil War to march with his neighbors. Gramp's voice quieted down as we spoke together of the war in Europe, and how we would inevitably join it—despite the crazies at America First yelling about staying out. We talked until we turned on the radio that took up a corner of the room. On weekdays in summer evenings, we listened to Gabriel Heatter's booming dramatic voice, as plump as a pumpkin, when he gave his nine o'clock fifteen minutes of news. Today was Sunday and we heard an ordinary voice. The Luftwaffe's incendiaries burned London; Piccadilly was in flames. When the news ended it was time for bed. My grandmother drank her cheese glass of warm Moxie; my grandfather slurped his bread and milk. Gram took the kettle from the range and filled hot-water bottles. I walked through their icy bedroom to mine, even icier, and stuffed my hot-water bottle under the sheets to warm my feet. Crawling beneath the covers I shivered a moment, but the quilts were thick, my feet almost too hot, and soon I fell asleep in my familiar goosefeather bed at the house I loved most in the world.