Title
Lest Innocent Blood Be Shed
Subtitle
The Story of the Village of Le Chambon and How Goodness Happened There
Author
Philip P. Hallie

NPR stories about Lest Innocent Blood Be Shed 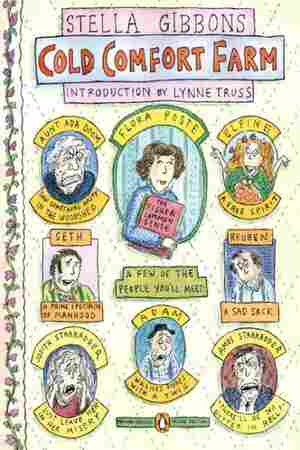 December 12, 2012 • Author Wendy Welch shares her favorite book about small-town life that defy stereotypes. What is your favorite work that takes a bite out of literary tradition? Tell us in the comments.

Excerpt: Lest Innocent Blood Be Shed 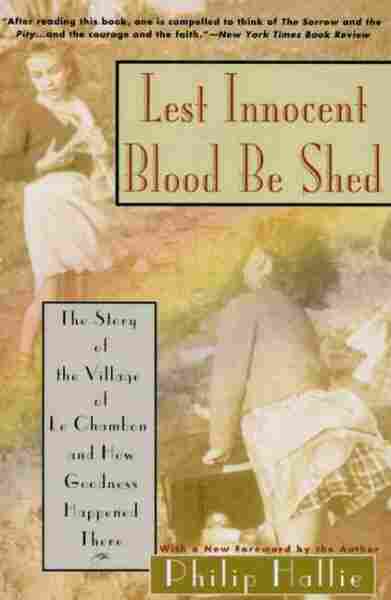 
The Arrest of the Leaders

At seven o'clock in the evening of February 13, 1943, an official black automobile stopped not far from the Protestant presbytery of Le Chambon.Automobiles--after three years of German occupation--were very rare in those days.But the car was not noticed much, partly because the street it stopped in was a secluded one, and partly, because in the last few months there had been an increase of official, especially police, activity in the village.The Germans were learning a new feeling, the feeling of danger.A few months before, the British and the Americans under the command of General Dwight D. Eisenhower had landed on the beaches of Morocco and Algeria, and Nazi North Africa was crumbling.To protect conquered France from new threat to the south, the Germans had moved their troops, their secret police, and their administrators across the demarcation line at the Loire and into southern France, where Le Chambon stood.Hitherto they had been content to stay above the Loire and on the vulnerable west coast of France, and had been content to give the French the illusion of governing themselves in the south, but now they had a southern flank to cover in Fortress Europe.Moreover, the Russians at Stalingrad had checked the momentum of the great Nazi military machine, when just a few months before that machine had seemed irresistible.And so the Germans were disturbed, and were showing their disturbance by sending their instruments, the police of Marshal Philippe Petain's Vichy government, into the quiet regions of southern France in order to threaten or arrest anyone who might abet their now dangerous enemies.

Out of the car stepped two uniformed Vichy French policemen: Major Silvani, the chief of police of the department of Haute-Loire, and a lieutenant.

The winter wind, la burle, was twisting and piling snow around the gray, fifteenth-century presbytery when they knocked on the door.It was a very dark night, without moon or stars, but the accumulated snow vaguely lit up the long dining room in which the minister's wife, Magda Trocme, was working.Through its three windows cut in the thick granite walls, the dim, reflected light made barely visible the sycamore and oak paneling on the ceiling and on the walls.

Pastor Andre Trocme was away when they arrived.This was a day of"visits," when he dragged his big-boned body across the village and countryside into the kitchens of his parishioners.On snowy days like this the visits were especially painful, for him because the snow was often hip-deep and his back was a girdle of pain as he trudged forward.Once, in far better weather, a farmer had found him stretched out on a hillock, paralyzed with pain because of all that walking to the far-flung homes of his parish.The farmer had brought him back to the presbytery in his milk cart.

It was these visits, more than any other part of his ministry, that made him the trusted and beloved leader of Le Chambon.His sermons were powerful, but these visits brought him into the center of the daily life of. his people.In. the intimacy of a home his excitement and his drivingly penetrating blue eyes drew his parishioners to him.

Some of the houses he was visiting were the homes of the responsables, the leaders of the thirteen youth groups Trocme hadestablished in the parish in order to study the Bible in intimate groups.When the Germans conquered France these groups and their leaders became the communications network and the moving spirits of a village committed to the cause ofsaving terrified foreigners from their persecutors.During the Occupation Trocme gave most of his instruction--on the Bible as well as on resistance--to these leaders as they sat in his somber office in the presbytery; but it was necessary that he visit them individually as well.He had to be the only person in Le Chambon who knew about the entire operation; he had to see to it that the groups operated as independently of each other as possible, so that if one leader were tortured, he could not reveal enough to destroy the whole rescue machine.This meant that each leader had a heavy, responsibility and had to make swift, intelligent decisions on his own when Trocme was not available.But it also meant that the responsables, many of them young people, often sought out the clarity of mind and the unswerving commitment of their pastor in order to do their essentially lonely jobs. And so Andre Trocme made their homes part of his itinerary of visits more often than he made the homes of others, except for the sick.

Now that German troops and secret police were in the south, it was more important than ever that the young leaders make no mistake and that they never waver a hair breadth in their commitment to saving the lives of jewish refugees.Before the Germans came, Vichy had been known to be lax as far as reprisals were concerned, but the Germans were capable of massacring a village that dared to resist their will--and Le Chambon had the reputation of being a "nest of Jews in Protestant country." The times demanded close communication between Trocme and his responsables.

This is why Trocme was away when Major Silvani and his lieutenant knocked at the presbytery door.The wife of the minister was surprised to hear a knock at night.Refugees usually came during the daytime, after the one o'clock train; they usually knocked; but at night only villagers came to the presbytery and they knew they were expected to walk right in.Continues...