NPR stories about Lit from Inside 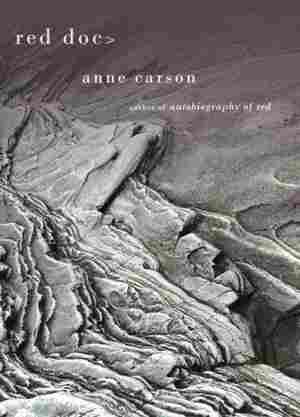 Guns, God And A Reggae Beat: A 2013 Poetry Preview

January 7, 2013 • 2012 was the year of the big collected volume when it came to poetry. It was intimidating, even for the most hardened poetry fans. But critic Craig Morgan Teicher says 2013 will be full of slim collections that are still smart, important and powerful.

Excerpt: Lit From Inside 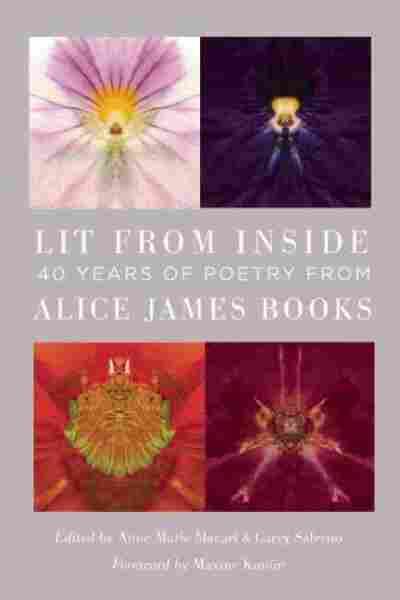 Lit from Inside: 40 Years of Poetry from Alice James Books


Forty years old and flourishing—a remarkable record for a small nonprofit press-- Alice James Books deserves praise and admiration. Founded in 1973 by seven idealists—five women and two men, all of whom are represented herein—their stated goal, to involve the poets themselves in the publishing process, and to provide a venue for women at a time when such access to publication was extremely limited, has been handsomely fulfilled. (Men are also represented, though in small numbers.) The Press takes its name from the sister of luminaries William and Henry, whose own gifts went unremarked in her lifetime.

Alice James has remained a cooperative. It sponsors two annual book competitions: The Kinereth Gensler Award and the Beatrice Hawley Award, whose winners are named to the editorial board and take part in selecting ensuing collections. The Kundiman Prize, open to all Asian American poets with any number of published books, was inaugurated in 2010 and the AJP Translation series preceded it in 2008.

Arranged chronologically, the list of authors is remarkable for its breadth, variety, and passion. This is a big book: a reader needs fortitude to undertake its 207 pages, but anthologies are meant to be sipped, not gulped thirstily. Nevertheless, in gradual and measured swallows, I have downed the entire collection, 130-odd disparate celebratory, elegiac, lyrical, lofty, comic, surreal, imagist, formalist, postmodern bards. The assortment is idiosyncratic, the range of voices and styles embraces the familiar personal narrative voice and the innovative, often dissonant music of more experimental poets.

It has been pointed out that the poet’s vocation is in itself a declaration of independence. It has, as Stanley Kunitz once remarked, no market value. Hence, it is all but incorruptible. This anthology owes allegiance to none, other than the poets who have been selected by the cooperative board. Ed Ochester, introducing a forty-year anthology of University of Pittsburgh poets, sagely described the university and small independent presses as “the garage bands of the publishing industry.”

Now let us strike up the music. What could be more incongruent than the juxtaposition of seriocomic, irreverent, loquacious David Kirby with his long narrative line and lyrical, elliptical poet of brevity, Jane Mead? Thanks to their coincident publication dates, Kirby’s The Temple Gate Called Beautiful (2008) and Mead’s The Usable Field of the same year, they abut in the table of contents. Kirby’s title poem opens:

It says HELL IS HOT HOT HOT HOT/and NO SEX WITH MEN ALOUD/ and NO ICE WATER IN HELL/ on the hundreds of washers and dryers/ and air conditioner housings that stud/ the land around outsider artist W. C. Rice’s house...

And Mead’s “The Origin” – the title runs right into the poem:

of what happened is not in language—/ of this much I am certain./Six degrees south, six east----//and you have it: the bird/with the blue feathers, the brown bird---/same white breasts....

On to elegiac poems—isn’t all poetry elegiac au fond? All poems are rooted in the mortality we bemoan; if we were immortal we would have no need to record human feelings in poetry.
So many poems here moved me, but none more profoundly than Kathleen Sheeder Bonanno, whose poems about the murder of her daughter that gave rise to Slamming Open the Door, are masterly. The title poem opens:

In his Russian greatcoat,
slamming open the door
with an unpardonable bang,
and he has been here ever since.

Even as I sit here,
he stands behind me
clamping two
colossal hands on my shoulders
and bends down
and whispers to my neck:
From now on,
you write about me.

And what would an anthology be without some poems about poets writing poems? Here are four:

“Lowell Reading,” by John Hildebidle; “Wait,” by Susan Snively; “To Plath, to Sexton,” by Jean Valentine, and Lee Rudolph’s “The Fireman’s Ball,” a hilarous plea for poets to pressure the public the way firefighters do as they hawk tickets to their dance: “...does anyone/ admire the poets’ long brass stanzas,/ their black, pliant, waterproof metaphors...?”

[o]ne father, mine, sits far away and waits to die, mumbling
old grudges to his tireless self.... he sits

pissed off and bony, a gray silt of whiskers
and wild brows and flaking skin....

But let us not dwell
on that. Let us dwell on the rhythmic ringing notes

of his hammer in the backyard thirty years ago

...And everything was green:
the big house, the little house, the backyard and our tightly
furled lives.

Miriam Goodman’s “Argument for Parting” ends “And I don’t marry./ I don’t buy land./ I get older by myself” and Tom Absher’s “The Hermit”closes with “Winter and I have a talent for emptiness--/ this is going to be a sweet exile”; these two poets suggest the rejection of earlier relationships and the acceptance of an independent hermetic life. Ellen Dore Watson’s “One of the Ones” and Frank X. Gaspar’s “One Thousand Blossoms” seem to be cries from the heart; Watson writes “I won’t forget you and you and you, each/ with a brutal truth to send away/ in a little boat, let me be one of the ones/ to keep it afloat...” Gaspar declares “You don’t want less love—this ground has been covered before--/ you want more love, even when you can’t say what it means.” In “Prairie” Robin Becker describes “[t]wo women in a field/ in the middle of our lives, / while the whole wrecked world/ slides into tomorrow./ Her hands come to my body and I would rest/ in that simplicity, this field this night....”

Poems about war deserve more space than I can allot them here. Both Doug Anderson, author of The Moon Reflected Fire and Brian Turner, of Here, Bullet, have seen combat and their poems have been wrung from it. In “Short Timer” Anderson reports “I syringed the long gash with sterile water/...the man saying Oh God and already the slur,/ the drool.../ What was in the 20cc’s of brain he lost?” Turner’s title poem arrests us with “And I dare you to finish/ what you’ve started, Because here, Bullet,/ here is where I complete the word you bring/ hissing through the air, here is where I moan/ the barrel’s cold esophagus,triggering / my tongue’s explosives...” Theodore Deppe, formerly a nurse, writes in “The Book of God” about the photo of a crucified girl, “one of several Bosnian children nailed to the doors/ of their own homes to frighten the parents away.” These poets have excoriating tales to tell; we need to listen.

Three poets—Kazim Ali, Anne Marie Macari, and Henrietta Goodman-- are represented here with poems about faith. Ali, a Muslim, writes about the Hagar and Ismael story. Macari cites Mary and Luke. Goodman states, “God as an engine seems right. Not God/ to make promises to, or in front of, /but God to grind promises up// burn them like gas.”

Two interesting poems about occupations deserve mention. Erica Funkhouser’s title poem, “Women Who Clean Fish,” opens: The women who clean fish are all named Rose...// Under plastic aprons their breasts/ foam and bubble...//they pack the bodies in, ten per box,/ their tails crisscrossed as if in sacrament.// It is the iridescent scales that stick...lighting up hours late in a dark room.”
Memorable too, is B.H. Fairchild’s “Keats,” which opens: “I knew him. He ran the lathe next to mine./ Perfectionist, a madman, even on overtime... and I remember the red hair flaming/ beneath the lamp, calipers measuring out/ the last cut, his hands flicking iron burrs/ like shooting stars through the shadows.”

One dream poem startled me. (I am sure there are others, but nothing quite so dramatic.) It is a persona poem, from Night Watches, Carole Oles’s collection about the mid-nineteenth century American woman astronomer, Maria Mitchell. Full of foreboding about her reception in academia, Mitchell dreams, “I am delivered to Harvard/ in a black carriage with curtains// The lecture hall churns// I open my mouth to begin/ and my teeth spill out/ powdery as chalk.” Dear reader, I’ve been there; possibly some of you have, too.

In addition to finding widely diverging thematic concerns, I searched for varying prosodic approaches. I needed to look no further than the first poem in the collection, “Mallard,” by Cornelia Veenendaal for the ballast of metaphor. The bird is “a pilot of the inland waters”; he uses his “brilliant paddles” during migration to “row over whole states....”

Many poets use stanza breaks to shift time or place or mood. Linnea Johnson moves from her own “crosscut handsaw” to “yours” in the second stanza, then leaps to “I am in love with you from the neck down” in the third.

And then there is the deliberate density of lines that do not invite scansion but run pellmell without punctuation, capitalizing the first letter of each line to lend the poem a formal aspect. See Matthea Harvey’s “In Defense of Our Overgrown Garden.”

There is one prose poem, a scant handful of poems in rhyme, an acute shortage of sonnets, villanelles, and sestinas. Perhaps this is not surprising in an anthology of contemporary poets; perhaps it is a tribute to the variety and skill of the poems that this unregenerate old formalist can say she enjoyed this assignment.