An inventive fable of growing up and letting go, of leaving childhood and its imaginative play behind for the more dazzling adventures of adolescence, and of learning to accept not only the sunny part of day, but also the unwelcome arrival of night. By the Newbery Medal-winning author of Maniac Magee. 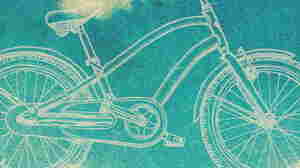 Kids Rule In The Land Of 'Hokey Pokey'

January 4, 2013 • In Jerry Spinelli's latest book, the Hokey Pokey is much more than a children's song and dance. Hokey Pokey is the name of a magical universe where kids are in charge with no adults in sight. There are herds of bikes, endless cartoons, a cuddle station and dessert for lunch every day.

Kids Rule In The Land Of 'Hokey Pokey'

WHAT IS HOKEY POKEY? 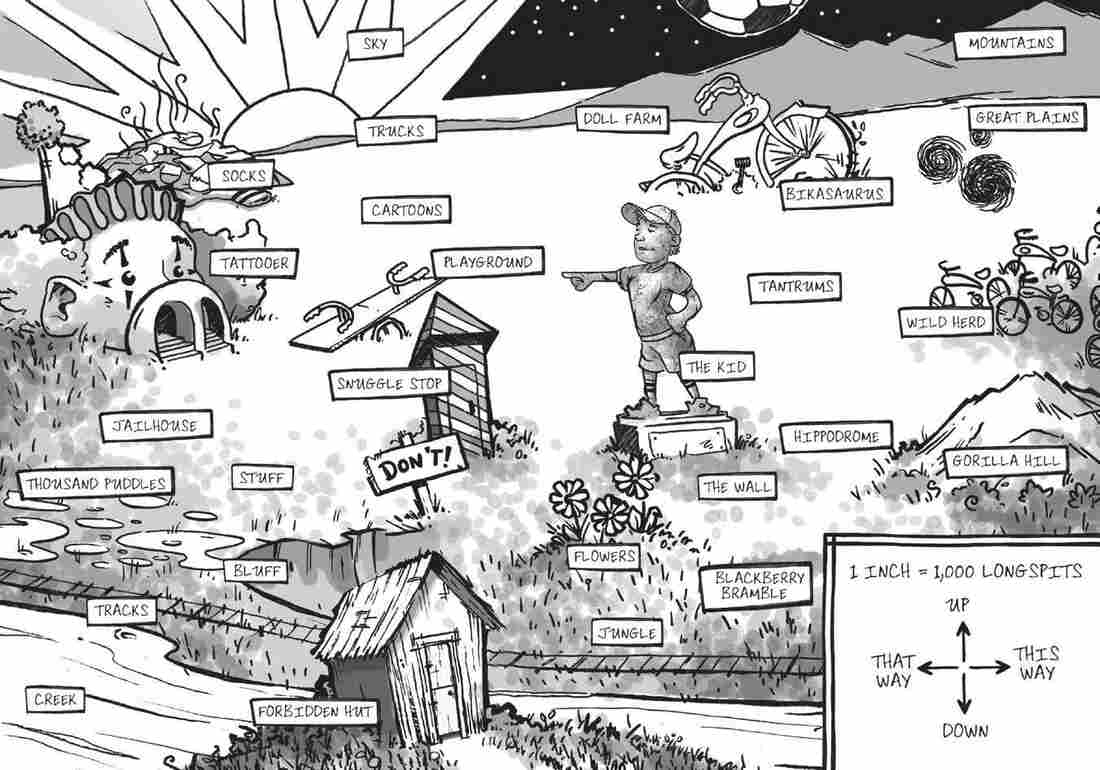 All night long Seven Sisters whisper and giggle and then, all together, they rush Orion the Hunter and tickle him, and Orion the Hunter laughs so hard he
shakes every star in the sky, not to mention Mooncow, who loses her balance and falls—puh-loop!—into Big Dipper, which tip-tip-tips and dumps Mooncow into Milky Way, and Mooncow laughs and splashes and rolls on her back and goes floating down down down Milky Way, and she laughs a great moomoonlaugh and kicks at a lavender star and the star goes shooting across the sky, up the sky and down the sky, a lavender snowfireball down the highnight down . . .

. . . where it lands, a golden bubble now, a starborn bead, lands and softly pips upon the nose of sleeping Jack and spills a whispered word:

He knows it before he opens his eyes.

His bike is gone!

What more could he have done? He parked it so close that when he shut his eyes to sleep, he could smell the rubber of the tires, the grease on the chain.

And still she took it. His beloved Scramjet. He won't say her name. He never says her name, only her kind, sneers it to the morning star: "Girl."

He runs to the rim of the bluff, looks up the tracks, down the tracks. There she is, ponytail flying from the back of her baseball cap, the spokes of the wheels — his wheels — plumspun in the thistledown dawn.

He waves his fist, shouts from the bluff: "I'll get you!"

The tracks curve, double back. He can cut her off!

He sneakerskis down the gullied red-clay slope, leaps the tracks, plunges into the jungle and runs — phloot! — into a soft, vast, pillowy mass. Oh no! Not again! He only thinks this. He cannot say it because the front half of himself, including his face, is buried in the hippopotamoid belly of Wanda's monster. This has happened before. He wags his head hard, throws it back, and — ttthok! — his face comes free.

Wanda stirs in a bed of mayapples.

The moment Wanda awakes, her monster vanishes in a puff of apricots, dropflopping Jack to the ground. He's up in an instant and off again.

Every other step is a leap over a sleeper. All is quiet save thunder beyond the trees and the thump of the sun bumping the underside of the horizon.

He hoprocks across the creek, past the island of Forbidden Hut, and pulls up huffing at the far loop end of the tracks. He looks up, looks down.

He slumps exhausted to the steel rail. He stares at his sneaker tops. He gasps, reflects. She said she would do it. "I'm going to take—" No, to be accurate, she
didn't say take, she said ride: "I'm going to ride your bike." And who knows? Maybe if she had said it nicely . . . maybe if she wasn't a girl. But she is a girl and she said it with that snaily smirk, but there was no way she was ever coming within ten long spits of his bike.

He pushes himself up from the rail. Once more he casts forlorn eyes up and down the tracks that no train travels. He cries out: "Scramjet!" This is too painful to bear alone. From the black tarpit of despair he rips his Tarzan yell and hurls it into the jungle and over the creek and across the dreamlands of Hokey Pokey.