Accessibility links
The Lost Carving NPR coverage of The Lost Carving: A Journey to the Heart of Making by David Esterly. News, author interviews, critics' picks and more.

A Journey to the Heart of Making

David Esterly traces his path to becoming a forefront practitioner of Baroque artist Grinling Gibbons' forgotten woodcarving technique, including the year he spent re-creating a Gibbons piece that had been lost in a fire at the Hampton Court Palace outside London.

NPR stories about The Lost Carving 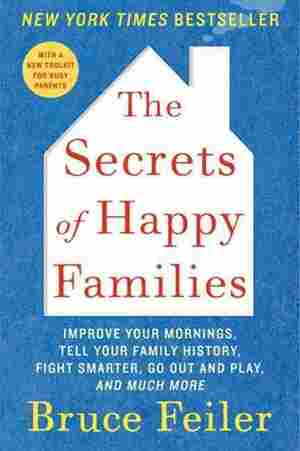 January 1, 2014 • In softcover nonfiction, Sonali Deraniyagala writes about losing her family to the 2004 tsunami, Nick Turse explores civilian deaths in Vietnam, David Esterly shares his path to becoming a master woodcarver, and Bruce Feiler collects tips for building a happier family. In fiction, Ruth Ozeki tells the story of a depressed 16-year-old. 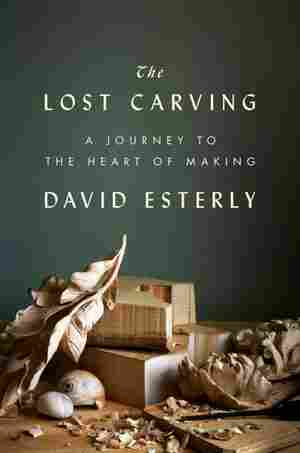 January 6, 2013 • David Esterly's life was changed in the 1970s when he came across wood carvings done by Grinling Gibbons more than 300 years earlier. Esterly became a wood carver, and even re-created one of Gibbons' pieces that was destroyed in a fire.

Let's see, where was I? At the leaves alongside the peony, I guess, just where they fall over the lilac blossom. Two leaves still to do, and some uncomfortable modeling underneath them. Little lilac florets with obstructed access. Well. A sip from an oversize blue and white teacup. A yawn. Still in my bathrobe. Over to the computer, check e-mails, click on the live feed from the BBC. British voices in this far upstate workroom. Back to the carving bench, under the window. Clouds streaming in from the west. River gray, like the sky. On the trees on the bank a last few brown leaves hang on for dear life. The morning seems to be growing darker rather than brighter. On with the four halogen spotlights over the bench.

Before me, a chaos of half-finished flowers and leaves and stems, clunkily rising out of a sea of pale wood chips. Incomprehensible and unpromising. As appetizing as cold porridge. I know better than to do the things that would improve appearances immediately, at the price of reducing my options in the future. But I wouldn't want the woman who commissioned the piece to see it

now. An ugly duckling with no swan in sight. Never show anyone a job half done, the old adage goes. Especially a patron, I'd say. But she's growing impatient, even to the point of proposing a visit so she can admire progress.

Time for the first stroke of the day. Last night I decided that the lower leaf should have a curl to it. One way to start is by excavating a valley a little inland from the leaf's edge. My eyes stay on the leaf, but out goes my left hand, to land on the gouge I need. There are 130 tools on the workbench. Long ago I memorized the place of each. The hand travels instinctively to its near vicinity, and peripheral vision makes the final course adjustment. You can confirm the identity of the tool the instant you grasp it, by its heft and balance and the feel of its handle and shaft. No need to look.

Like the others, this chisel was lying with the blade toward me. So I give it a little gunslinger's twirl and the handle drops into my palm. Then I grasp the shaft of the blade with my other hand. I'm right-handed, but this stroke will be from the left, in the leaf's own direction. You have to carve ambidextrously, or else waste time by constantly having to turn the wood around. Now the first stroke, long and across the grain. A nice zip as the blade cuts, like the feel and sound you get when you turn the crank of a pencil sharpener, but more delicate. I'm using a fine crisp wood, so there's not much resistance to working across the grain. Nonetheless I give the tool a little twist as I push it. Easing the cut by adding another slicing motion. The whole body propels the blade, arms and shoulders moving with it, torso moving slightly the other way in compensation. The stomach muscles push the blade. A pleasing twist of the whole body. Like kayaking when you do it right.

A faintly nutty aroma from the curled chips as they fall from the blade. Each is different from all the others. Each is the memory of a chisel stroke. It's not like stone or marble carving, where you have

only a few chisels and they model the medium by knocking it away. In woodcarving you slice, and that slice leaves the shape of the blade behind on the wood. So if you're doing undulant complicated forms you need many different chisels. A hundred chisels like a hundred different thoughts, a hundred ideas to propose to the wood.

Soon the valley appears, angling inland from the edge. Now the ridge alongside it needs to be turned into a curled-over leaf edge. Another gouge, this one with a flatter curve, and this one turned over and used upside down. Except that upside down might almost as well be called right side up, since nearly as much modeling is done with the tool turned that way. The edge must gradually curl over the valley as both flow away from the stem. The leaf is like a supplicant's hand, with the arm the stem. It's as if some growth force runs along the stem and then spreads its coiled energy out through the leaf. Leaf and stem need to be part of this same current of energy. I need to mimic its motion with my chisel. Sometimes I think of Dylan Thomas. The force that through the green fuse drives the leaf, should drive my chisel.

Moving deeper into the carving, switching from the BBC to streaming ambient music. No words or thoughts to distract, no melody or rhythm even. Instead a trancelike hum that bleeds away distracting little energies. Later, if I need to concentrate still more, even this will be turned off, so that I can move into the silence, the Empty Quarter, the timeless part.

Late in the afternoon the long exuberant splash of a dozen mergansers landing in the river wakes me back to the world. Happy companionable quacking. It's tempting to get into my kayak and join them, defying the cold wind. Instead I rest my eyes for a few minutes, looking out the window and then glancing around my workplace. It's just off the living room, but the walls are paneled

with rough barn siding. On them hang an eighteenth-century blind cartouche, a plaster cast of a seventeenth-century cherub head, and my old stringless violin, which I used as a model once. To one side there's an etching of a stately palace, and next to it a drawing of the courtyard of a college that's even older than the palace.

Back to work, but now daydreaming a little. Clouds lowering. Other times and places come to mind, and the story that ties all these souvenirs together. Now, shaping the uncomfortable florets with a front-bent gouge. Now, more pleasurably, using a larger fishtail gouge to rough out an uncurled leaf. Outside, the contented sound of the ducks telling their stories to one another. Drifting farther off. The workroom begins to fade away. On go the hands. The mind slips its mooring and lets the river take it where it will.

Reprinted by arrangement with Viking, a member of Penguin Group (USA) Inc., from The Lost Carving by David Esterly. Copyright David Esterly, 2012.