In belle epoque Paris, the Van Goethem sisters struggle for survival after the sudden death of their father, a situation that prompts young Marie's ballet training and her introduction to a genius painter.

NPR stories about The Painted Girls 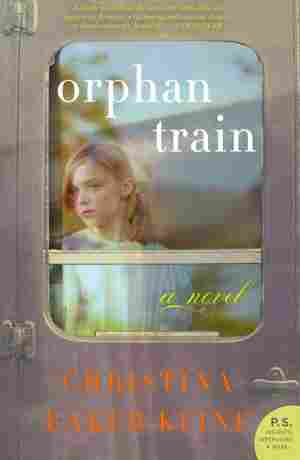 July 25, 2013 • Author Jean Zimmerman chooses five books that "pick up where history leaves off," shedding new light on often forgotten corners of history, from the unruly Florida frontier of the 18th century to the real-life little dancer who inspired Edgar Degas' famous sculpture. 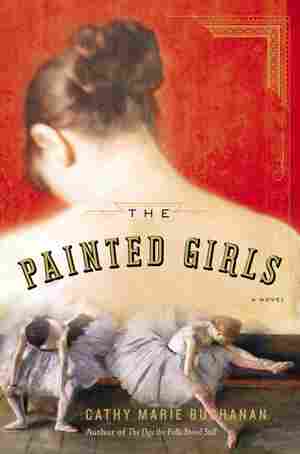 January 12, 2013 • The belle epoque was not particularly belle if you were poor and female — like the young girl who modeled for Edgar Degas' famous sculpture, The Little Dancer, Aged 14. A new novel by Cathy Marie Buchanan tells the story of that girl, ballet student Marie van Goethem.

Read An Excerpt: 'The Painted Girls'

Monsieur LeBlanc leans against the doorframe, his arms folded over a belly grown round on pork crackling. A button is missing from his waistcoat, pulled too tight for the threads to bear. Maman wrings her hands—laundress's hands, marked by chapped skin, raw knuckles. "But, Monsieur LeBlanc," she says, "we just put my dead husband in the ground."

"It's been two weeks, Madame van Goethem. You said you needed two weeks." No sooner had Papa taken his last breath upon this earth than, same as now, Monsieur LeBlanc stood in the doorway of our lodging room demanding the three months' rent Papa had fallen behind since getting sick.

Maman drops to her knees, grasps the hem of Monsieur LeBlanc's greatcoat. "You cannot turn us out. My daughters, all three good girls, you would put them on the street?"

"Take pity," I say, joining Maman at his feet.

"Yes, pity," says Charlotte, my younger sister, and I wince. She plays her part too well for a child not yet eight.

Only Antoinette, the oldest of the three of us, remains silent, defiant, chin held high. But then she is never afraid.

Charlotte grasps one of Monsieur LeBlanc's hands in both her own, kisses it, rests her cheek against its back. He sighs heavily, and it seems tiny Charlotte—adored by the pork butcher, the watchmaker, the crockery dealer—has saved us from the street.

Seeing his face shift to soft, Maman says, "Take my ring," and slips her wedding band from her finger. She presses it to her lips before placing it in Monsieur LeBlanc's waiting hand. Then with great drama her palms fly to the spot on her chest just over her heart. Not wanting him to see in my eyes what I know about Maman's feelings for Papa, I turn my face away. Whenever Papa mentioned he was a tailor, apprenticed to a master as a boy, Maman always said, "The only tailoring you ever done is stitching the overalls the men at the porcelain factory wear."

Monsieur LeBlanc closes his fingers around the ring. "Two weeks more," he says. "You'll pay up then." Or a cart will haul off the sideboard handed down to Papa before he died, the table and three rickety chairs the lodger before us left behind, the mattresses stuffed with wool, each handful worth five sous to a pawnbroker. Our lodging room will be empty, only four walls, grimy and soot laden, deprived of a lick of whitewash. And there will be a new lock on the door and the concierge, old Madame Legat, fingering the key in her pocket, her gaze sorrowful on the curve of Charlotte's pretty cheek. Of the three of us, only Antoinette is old enough to remember nights in a dingy stairwell, days in the boulevard Haussmann, palms held out, empty, the rustle of the silk skirts passing by. She told me once how it was that other time, when Papa sold his sewing machine to pay for a tiny white gown with crocheted lace, a small white coffin with a painting of two cherubs blowing horns, a priest to say the Mass.

I am the namesake of a small dead child, Marie, or Marie the First as I usually think of her. Before her second birthday, she was rigid in her cradle, eyes fixed on what she could not see, and then I came—a gift, Maman said—to take her place.

"God bless," Charlotte calls out to Monsieur LeBlanc's retreating back.

Maman pushes herself up like an old woman, staggering under the heft of widowhood, daughters, monies owed, an empty larder. She reaches into her apron pocket, tilts a small bottle of green liquid to her lips, wipes her mouth with the back of her hand.

"We owe for the week's milk, and there's enough for that?" Antoinette says, chin jutting.

"Haven't seen a sou from you in a month. Still a walker-on at the Opéra, at seventeen years old. You got no idea about work." Antoinette pulls her lips tight, looks down her nose at Maman, who does not let up. "A measly two francs they pay you for loitering on the stage," she says, "and only if whatever costume the wardrobe mistress pressed happens to fit. Too high and mighty for the washhouse. Nothing good will come of you. I can see that."

Maman lifts the absinthe the smallest bit more but only twists the cork back into place. "You'll take your sisters to the dance school at the Opéra in the morning," Maman says to Antoinette; and light comes into Charlotte's face. Three times a week she says how the Paris Opéra is the greatest opera house in all the world.

Sometimes Antoinette shows Charlotte and me the steps she learned at the Opéra dance school, back in the days before she was told not to come back, and we standing with our heels together, our feet turned out, bending our knees.

"Knees over your toes," Antoinette would say. "That's it. A plié."

"What else?" Usually Charlotte asked, but sometimes it was me. The evenings were long and dull, and in the wintertime a few pliés in a bit of candlelight took away the shivering before curling up on our mattress for the night.

Antoinette taught us battements tendus, ronds de jambe, grands battements, on and on. She would stoop to adjust the ankle of Charlotte's outstretched foot. "Such feet," she would say. "Feet of a dancer, pet."

Almost always it was Charlotte she bothered to correct. Maman liked to say how it was time I earned my keep, how even the girls in the Opéra dance school were handed seventy francs each month, but already Papa had slapped his hand down on the table. "Enough," he said. "Marie is to stay put, in Sister Evangeline's classroom, where she belongs." Later, alone, he whispered into my ear that I was clever, my mind meant for studying, that Sister Evangeline had bothered to wait for him outside the porcelain factory and tell him it was so. Still I joined in, and even if Antoinette said my back was supple and my hips were loose, even if I sometimes found myself dancing my own made-up dance when the music of the fiddler down below came up through the planks of the floor, we both knew Papa's word would hold. Her eyes were on tiny Charlotte, extending a leg behind her in an arabesque and then lifting it high above the floor, all the while Antoinette making adjustments and calling out, "Arms soft. Knee straight. Neck long. That's it. You got a neck like Taglioni, pet."

On Antoinette's name day when she was eight, Papa brought out from inside the sleeve of his coat a figurine of Marie Taglioni, hovering barefoot, wings spread, only the toes of one foot upon the earth. Nearly fifty years ago she claimed a place for herself in the heart of every Parisian by dancing La Sylphide, and still her legend lived on. Antoinette kissed the tiny face of the figurine a dozen times and put it high up on the mantelshelf to be adored. Anyone looking there would have seen it, a tiny sylph, beside Maman's old clock. But then Antoinette failed the examination that would have promoted her from the second set of the quadrille to the first and was dismissed from the Paris Opéra Ballet for arguing with Monsieur Pluque, the director of dance. "That mouth of yours," Maman said.

"I only said to him I could make more fouettés en tournant than Martine, that my footwork was superior to that of Carole." I could picture Antoinette standing there, arms crossed, insolence on her face. "I'm ugly and skinny, that's what he says back to me."

The figurine was gone from the mantelshelf the next day, maybe to the pawnbroker, maybe smashed upon the cobblestones.