Biologist and writer Bill Streever is fascinated by extremes. In Cold, he visited some of the chilliest places on Earth; in Heat, he takes a look at the opposite end of the thermometer. Streever treks through Death Valley, investigates fire-based weaponry and walks on coals as he explores what it means to be hot ... really hot. 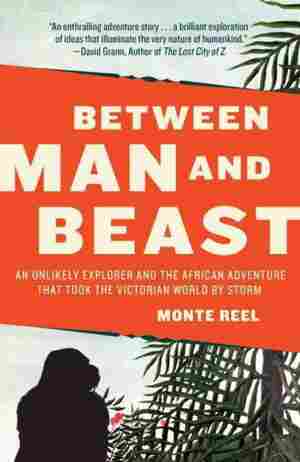 Adventures With Missionaries, Heat-Seekers And A Witty Ghost 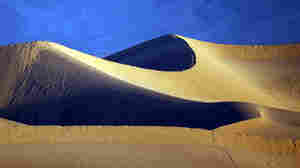 January 13, 2013 • Scientist and writer Bill Streever is fascinated by the extremes at both ends of the thermometer. In Cold, he visited some of the chilliest places on Earth. Now, in his latest book, Heat, he travels to the world's very hot spots.

Using the Wet Bulb Globe Temperature, the doctors figured out what every child knows: humid days feel hotter than dry days, and shaded ground is cooler than sun-bathed ground.

A flag system formalized their findings. A yellow flag warned against exercise in the sun: "Instruction involving strenuous physical exertion, such as an infantry drill, crawling on the ground, or bayonet training, will be given only in the shade." A red flag meant it was too hot to work: "During the time a red flag is displayed, recruits will be given only that type of instruc­tion which can be given to men standing or sitting in the shade." Later a black flag was added: "All nonessential physical activity will be halted for all units."

My companion and I fly south to Las Vegas and rent a car. She drives while I stare at the sun-burdened landscape. Warning signs mark the entrance to Death Valley itself: "Danger: Ex­treme Heat" and "Limit Outdoor Activity to Short Walks." If there were flags here, they would be black.

We park near the lowest point in Death Valley and walk into a canyon. We carry a gallon jug filled with water. We walk be­tween vertical walls of white and yellow mudstone that leave the floor of the canyon in almost constant shade, and a breeze funnels between the walls. Still, the heat feels dangerous. It threatens us as though it has intentions, as though it wants to stifle breathing. The plan is a cautious walk, half an hour at the most, a stroll to get a feel for the land.

But that is not possible. The land lures us. This is a place that we must experience. Where we had planned to turn around, at the end of the canyon, we find a trail leading through badlands. We are in open sun now, in a place where the black globe ther­mometer temperature might approach the boiling point, but we are saved by a combination of low humidity and breeze and stu­pidity. We move up and down across low but steep hills that may once have been sand dunes. To our left, a red cliff towers. To our right, scorched hills stretch into the distance.

As a measure of the brutality of this land, cactus does not grow here. This place is too dry and too hot for cactus. But we come across occasional bushes, mostly desert holly, which is not a true holly at all. It is a chenopod, with leaves shaped like those of a holly, but paler.

The trail branches and then branches again. We find a sign with arrows that should point right and left, but the sign is lying on the ground, pointing nowhere. We find another sign, this one warning of abandoned borax mines, and we follow it, wondering what a borax mine might look like.

After an hour, our gallon of water has become a half gallon. The breeze has died.

I begin to wish that we had told someone where we were going.

Here is the irony of Death Valley: Its desiccated beauty was carved by water. As recently as 1976, a sudden flood destroyed a road that ran near here. Everywhere signs of erosion by flow­ing water prevail. This is not gentle erosion over time. This is sudden erosion, driven by water that appears from rare cloud­bursts to rush through channels, carrying away dirt and stones and boulders and leaving behind dry channels called arroyos.

From Heat: Adventures in the World's Fiery Places. Copyright 2013 by Bill Streever. Excerpted by permission of Little, Brown and Company.