The Science That Is Rewriting the Boundaries Between Life and Death

Title
Erasing Death
Subtitle
The Science That Is Rewriting the Boundaries Between Life and Death
Author
Sam Parnia, M.D. and Josh Young

Drawing from meticulous research, one of the world's leading experts on the scientific study of death, the human mind-brain relationship and near-death experiences demystifies what happens to human consciousness during and after death. 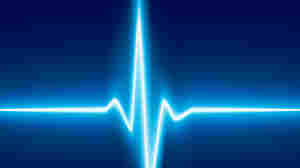 Joe Tiralosi began to feel ill shortly after leaving a Manhattan car wash. He was a little nauseated, somehow off, and was glad his shift had ended. A chauffeur, Tiralosi spent his workdays driving legendary stock trader E. E. "Buzzy" Geduld around New York City. But on this August afternoon in 2009, a few minutes after he had begun his drive home to Brooklyn, he couldn't stop perspiring. He cranked up the air conditioner in his car, but he continued to sweat profusely.

Tiralosi was a practical man, a married father of two, and not given to panic. So he planned to push through with the rest of his day, figuring his ill feelings would pass. But an hour later, it was unbearable. He called his wife.

Don't take any chances, she told him. Go to the hospital.

But he couldn't drive another block. His wife immediately called a coworker, who found Tiralosi pulled over at the corner of Eightieth Street and Second Avenue in Manhattan and rushed him to the emergency room at New York Presbyterian Hospital.

Tiralosi was helped into the ER by his coworker. The color had drained from his face. He began explaining to a nurse what was wrong, but before he could finish, he collapsed. A Code Blue, meaning cardiac arrest, was called. Tiralosi's heart stopped. He was dead.

But fortunately for him, he had died in a hospital where a team of people specially trained in resuscitation was on duty. Doctors and nurses came racing over from every direction and immediately started CPR. They are accomplished professionals whom I have worked with many times, including Dr. Rahul Sharma and Dr. Flavio Gaudio, both very diligent emergency physicians. They were part of the team that lifted Tiralosi onto a gurney, tore open his shirt, and cut off his pants with scissors. They attached the circular electrodes of a defibrillator machine to the skin of his chest. They moved rolling carts lined with medicines into the cramped space around him.

Despite all the modern technology available to them, the medical team also scrambled over him with an everyday item—plastic bags, loaded with ice. They positioned the bags along his sides, under his armpits, and on either side of his neck. They injected his veins with chilled saline. The team did all this in about one minute. His body temperature quickly began to drop. Then they settled into a rhythm: CPR, accompanied by occasional injections of adrenaline and defibrillator shocks.

Joe Tiralosi was now surrounded by some of the best medical personnel, technology, and thinking that modern science has to offer. But he was, with no heartbeat and insufficient oxygen and nutrients feeding the cells of his brain and body, already dead.

Don't take any chances, his wife said. Go to the hospital. Could these or any other words recur to Tiralosi as he lay flat on the table and slipped further into the process of death? Was he aware of anythingat all? The dominant, scientific view of the brain is that such a thing would be impossible. The gag reflex and other functions of his brain stem had ceased, meaning his brain had stopped functioning entirely. All the conversations he had with his wife were now seemingly lost to him, and the odds were against him ever seeing his family again.

Seconds passed to the steady rhythm of chest compressions. Minutes passed. They stopped compressions and hit Tiralosi's body with an electric shock. Still, no heartbeat. After ten minutes of continuous chest compressions, the medical and nursing staff was starting to lose hope.

Ten minutes without a heartbeat has long been considered a kind of dividing line in resuscitation science. It has long been thought that after ten minutes without a heartbeat, damage to the brain from a lack of oxygen starts to become permanent. Of course, without a properly functioning brain, Joe Tiralosi would no longer be Joe Tiralosi at all. His memories, his personality, what we might call his "Joeisms" would be gone forever, and only his body would still be here. His wife could hold the hand of the man she had shared her life with, yet they would not really be together.

The call to cease resuscitation attempts in this circumstance belongs to the doctor in charge. But he kept going.

By now, Tiralosi had received thousands of chest compressions and had his heart shocked a half-dozen times. The room was looking more and more like a war zone. Traces of blood and medical debris lay around the gurney. Empty vials of adrenaline littered the floor, like spent gun cartridges on a battlefield. The nurses and doctors providing chest compressions were sweating, consuming their own stored-up energy.

Ten years ago, continuing to try and save him at this point would have been considered a tremendous risk — for both Tiralosi and his family. In the best-case scenario, even if Tiralosi's heartbeat was restored, his mind would be a mess — a CT scan likely revealing multiple small and large plumes of damaged, black spaces where functioning neural cells once held his thoughts. But technology and medical understanding have advanced with the years, and so the doctors pressed on because they knew there was a possibility, however remote, that Tiralosi could be saved and returned to his normal life.

Finally, something incredible happened to break the exhausting monotony — someone screamed with excitement: "I feel a pulse, I think we've got him back." Suddenly, in one moment, all those clouds of despair were replaced by a sense of elation in the room.

The exhausted staff had a new wind of energy and, more important, after having had more than forty-five hundred chest compressions and having his heart shocked with a defibrillator eight times, and being given countless vials of adrenaline, Joe Tiralosi's heart had started to flicker again.

Ten years ago, a man saved after that length of time would most likely have been a kind of living husk—his body present, his mind gone. But today, Joe Tiralosi is a smiling, vibrant man. His face is long and lean with the shade of a well-groomed mustache and goatee covering his lips and chin. He is back at home with his children and the wife whose advice helped to save him, and back at work, continuing his life. The newspapers and television stations that reported on his resuscitation all called his recovery a miracle. If so, Tiralosi and his family were the beneficiaries of a medical miracle—delivered through medical science.

Throughout history, death has loomed as the ultimate downer of a subject. The ultimate defeat. But recent scientific advances have produced a seismic shift in our understanding of death—challenging our perceptions of death as being absolutely implacable and final—and have thus rendered many of our strongest-held views regarding death as outdated and old-fashioned. In fact, where death is concerned, two major revolutions have already begun—one of accomplishment, and another of understanding. In short, medical science is rendering previously unthinkable outcomes entirely plausible. We may soon be rescuing people from death's clutches hours, or even longer, after they had actually died.

But as an unintended consequence of developing these new lifesaving measures, science is also expanding our knowledge of death. By finding new means to save lives, we are also inadvertently finding new ways to investigate and answer fundamental questions about what happens to human consciousness, to what we might call the mind, the "self," or even "soul," during and after death — questions that, until recently, were considered subjects better suited to theology, philosophy, or maybe even science fiction.

From Erasing Death: The Science That Is Rewriting the Boundaries Between Life and Death by Sam Parnia, M.D.. Copyright 2013 by Sam Parnia. Excerpted by permission from HarperOne, a division of HarperCollins Publishers.