Explores the complex lives of five very different men, including Xan Meo, a one-time familial paragon who suffers a personality change following a brutal assault, and King Henry IX of England, whose life is complicated by his incapacitated wife, his Chinese mistress, and his fifteen-year-old daughter, the victim of a filmed "intrusion" because of her future role as Queen of England. Reprint. 30,000 first printing. 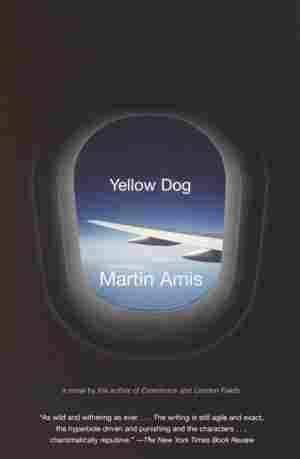 December 15, 2013 • Critics bashed Martin Amis' Yellow Dog, a novel that tells the competing stories of a thug, a king, a tabloid hack and an airplane flight. But author Ben Masters says you should ignore the naysayers and pick up this surprising, supple novel. In fact, Masters says, it's a "small 21st-century masterpiece." 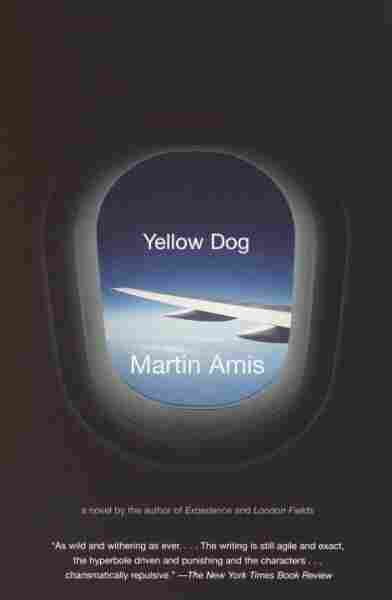 Xan Meo went to Hollywood. And, minutes later, with urgent speed, and accompanied by choric howls of electrified distress, Xan Meo went to hospital. Male violence did it.

'I'm off out, me,' he told his American wife Russia.

'Ooh,' she said, pronouncing it like the French for where.

'Won't be long. I'll bath them. And I'll read to them too. Then I'll make dinner. Then I'll load the dishwasher. Then I'll give you a long backrub. Okay?'

'I sort of wanted to be alone.'

'You mean you sort of wanted to be alone with your girl-friend.

' Xan knew that this was not a serious accusation. But he adopted an ill-used expression (a thickening of the forehead), and said, not for the first time, and truthfully so far as he knew, 'I've got no secrets from you, kid.'

The couple stood embracing in a high-ceilinged hallway. Now the husband with a movement of the arm caused his keys to sound in their pocket. His half-conscious intention was to signal an ?.impatience to be out. Xan would not publicly agree, but women naturally like to prolong routine departures. It is the obverse of their fondness for keeping people waiting. Men shouldn't mind this. Being kept waiting is a moderate reparation for their five million years in power . . . Now Xan sighed softly as the stairs above him softly creaked. A complex figure was descending, normal up to the waist, but two-headed and four-armed: Meo's baby daughter, Sophie, cleaving to the side of her Brazilian nanny, Imaculada. Behind them, at a distance both dreamy and self-sufficient, loomed the four-year-old: Billie.

Russia took the baby and said, 'Would you like a lovely yoghurt for your tea?'

'Would you like a bath with all your floaty toys?'

'No!' said the baby, and yawned: the first lower teeth like twin grains of rice.

'Billie. Do the monkeys for Daddy.'

'Daddy'll read to you when he comes back,' said Russia.

'I was reading to her earlier,' he said. He had the front door open now. 'She made me read the same book five times.'

'Which book? Christ. The one about those stupid chickens who think the sky is falling. Cocky Locky. Goosey Lucy. And they all copped it from the fox, didn't they, Billie.'

'Like the frogs,' said the girl, alluding to some other tale. 'The whole family died. The mummy. The daddy. The nanny. And all the trildren.'

'I'm off out.' He kissed Sophie 's head (a faint circus smell); she responded by skidding a wet thumb across her cheek and into her mouth. And then he crouched to kiss Billie.