The Sunshine When She's Gone

The Sunshine When She's Gone

Told from alternating viewpoints, this story of the impact of parenthood follows a young couple over one life-changing long weekend. The husband flees lower Manhattan with his newborn daughter for a weekend in the Caribbean, while his wife tries to recapture who she was before the baby.

Excerpt: The Sunshine When She's Gone 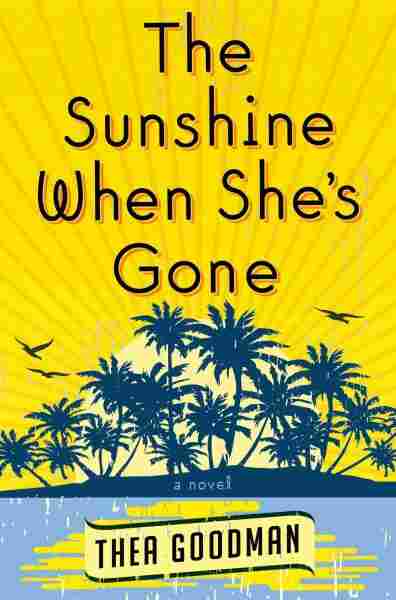 Kidnap was not the right word. John had simply meant to take Clara to breakfast at the corner diner, where they had good poached eggs and were especially kind to babies. But in the end he couldn't explain the inexorable pull, the electric thrum that made him rise from the bed, strangely untethered, and begin to shave with scalding water, or the innocence of his motive—he just wanted to be with her. He couldn't describe the indefinite urgency that had propelled him. Yes, he took the baby with him, but she was his daughter.

Veronica had started it. She'd sat up in bed, waving a finger in protest. "She's fine," she'd hissed when John left to check on Clara, as he did every night. Clara slept down the hall, in a nursery with walls the color of pollen. They'd rejected bicycle yellow and lemon yellow in favor of pollen, the potent reproductive center of a flower. As he walked toward the nursery, a small vibration filled the air, the joyful tension that had tinged the atmosphere since Clara was born. The yolky color summoned, spilling warmth onto the stunned concrete floors and his cold bare feet: The baby was warm and breathing. He was sure of it. When he arrived in her room, it was pitch dark. He felt around the baseboards, searching in vain for the delinquent night-light, then stood staring down at the vague shape of the crib but saw only blackness, like the deep velvet center of a pansy. Had she been stolen?

He waited anxiously for his eyes to adjust to the dark. Slowly the shape of her bald head emerged, and he saw a fantastic, tuber-like arm draped over her eyes as she lay on her back. He watched, waiting to see her chest move up and down with breath. Abruptly, she flipped over. In her pink velour suit, her bottom was high in the air, her tiny knees tucked beneath her. In the crook of her arm she had crushed the lamb she loved. The velvety white toy had opaque black eyes and eyebrows embroidered in perpetual consternation, as if forever on the verge of bleating. But the baby was content tonight. Neither Clara nor the lamb made a sound.

Satisfied, he returned to their pale blue bedroom. What was the name of this paint color? They had once been fervent and focused decorators. He had once agreed to the color, but it was a drained blue, gray and institutional, the bored whistle in the stairwell of his old elementary school. Veronica was speaking, staring across the top of her book into the open distance, barely aware of his presence. "There's an epidemic under way. People are getting fatter and fatter," she said.

John's waist had thickened for the first time in his life, and he supposed this was why she avoided contact. "Obesity is a scourge," he said too emphatically. His provocation didn't faze her. Veronica arranged her maple hair over the pillow—the same glossy banner she'd always had, so shiny it looked adolescent—and continued to read about the horror of fast food. She held a tissue coned into one nostril and worked on arranging it for optimal absorption. He'd never seen her so engaged.

She was in shape again, six months after Clara's birth, but complained of the continual numbness of her incision and the lack of tone around her belly. He'd find her alone sometimes, her side to the mirror, lifting the small packet of flesh above the ridge of the scar until taut, then dropping it as it jiggled back into place and froze into a small, immovable pillow. She'd be embarrassed when he found her doing this and rush to cover herself. He liked seeing her in that moment when she didn't know she was being seen. She'd never been vain before. Maybe it wasn't vanity; she still had little sense of the power of her beauty, an innocence that had always been one of her charms.

"Hi," he said, trying to take her book away and kiss her. Art, his closest friend, had always said hi was a good opener. No one could say no to hi.

"Don't," she said. She looked at his hand briefly, as if disoriented, her watery violet eyes narrowing. "What are you doing?"

"Kissing you." He leaned in, waiting for her to remove the tissue.

She stared at the page before her. "The thing is"—she coughed vigorously, then recovered—"I'm really sick." A plane of red chafed skin seared above her chapped lips, but he didn't care.

"Where's your puritan stoicism these days?" John grabbed the tissue box and stuffed his hand inside it. He lifted up his cubed fist as if admiring it. Before, Veronica was someone who ignored colds, too busy to slow down and nurse one.

Clara had divided all experience into before and after. Before, his wife was stalwart, even hearty; after, she was withholding and often sick. On occasion, she had been perhaps oversensitive; now she was brittle. Before, she had been pleasure-loving and absentminded, one time stowing her purse in the refrigerator—as if enthralled by the present, the current consuming thing, which had often been him! After, she continued to work at the Commission for School Lunches, and she talked about murals and community gardens and smoking bans yet spoke with a new, almost officious fervor. After, her work and her interests surrounded her like a fence. He couldn't get in.

"Give me that," she said, reaching for the box as he moved his hand away.

"You need to do something about it," he said.

"About my cold? I'm trying to blow my nose," she said, with her new, caustic bite.

"It's not your nose I'm worried about," he said, pausing to admire the almost aquiline line of it, the terse, receptive pink tip jammed with tissues. Veronica almost smiled, until something made him keep going and ruin it. "It's your mood. You're so moody."

She snatched the box off his hand, revealing his red clenched fist. "Don't tell me what I am. You don't know!" she said. "You have no idea, none at all, how tired I am."

"Of course I know." He spoke quietly, a patient robot, tired to the point of malfunction.

Sleep—for both of them—had become a precious commodity, worthy of fetish. They discussed sleep. They were always counting the consecutive hours of sleep they'd had or calculating the few they could hope for. He, too, was wrecked. As she glared at him, the accumulated exhaustion of months seemed to calcify within him, then crack. He was buzzing; he was blanched. How could she suppose he didn't know fatigue?