Emily Rapp's high hopes for her infant son were shattered when he was diagnosed with a fatal degenerative disorder at nine months. Her memoir describes loving a son she knew she would lose, and coping with her grief by studying great works of art, literature, philosophy and theology.

NPR stories about The Still Point of the Turning World 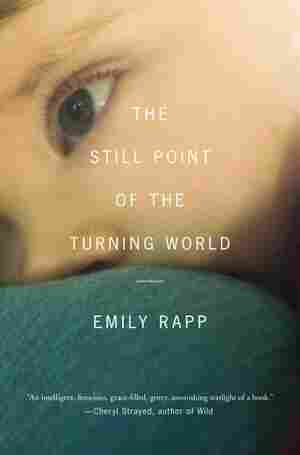 March 19, 2013 • Emily Rapp lived every parent's nightmare when her infant son was diagnosed with a fatal disease. The Still Point of the Turning World is not only a powerful memoir of a mother's endurance but also a meditation on how our mortality should inspire us all to live life ferociously in the present. 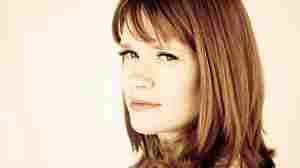 Emily Rapp is also the author of Poster Child, about a congenital birth defect that led to the amputation of her leg when she was a child, and about how she subsequently became a poster child for the March of Dimes. Anne Staveley/Penguin Press hide caption

March 18, 2013 • In 2011, Emily Rapp's baby was diagnosed with Tay-Sachs disease, a genetic, degenerative condition with no cure. He died just shy of his third birthday. In her new memoir, The Still Point of the Turning World, Rapp writes about what it's like to care for a terminally ill child.

Excerpt: The Still Point Of The Turning World

This is a love story, which, like all great love stories, is ultimately a story of loss. On January 10, 2011, my husband, Rick, and I received the worst possible news: that our son, Ronan, then nine months old, had Tay-Sachs disease, a rare, progressive and always fatal condition with no treatment and no cure.

I had been worried for some time. Ronan was experiencing developmental delays, missing important milestones. I would rush home from work each day hoping he'd started to crawl or had said his first word. He was the same sweet, happy, gurgling baby — but that was the problem. He was the same at nine months old as he had been at six months. Our pediatrician suggested that we rule out any vision problems, so we drove from our home in Santa Fe to the pediatric ophthalmologist's office in Albuquerque.

I sat in the examination chair as the eye doctor, a short, friendly man with black glasses, played cartoons for Ronan on his iPhone and flashed a series of lights in Ronan's eyes. "He's got good fixation," he said. Ronan squirmed in my lap. Great, I thought, he can see. But behind this feeling of relief was a surge of panic — why, then, was he having these delays? I handed Ronan to Rick and sat in a chair nearby.

"Let me just check his retinas," the doctor said, and hit the lights. I could see Ronan's little eyes fl ash in the dark, and then Rick's. The doctor carefully approached Ronan and peered into his eyes using a special light.

"Oh, boy," the doctor said. "Oh, boy" was what my father had said when the doctors told my parents about my birth defect, which resulted in the amputation of my left foot. I gripped the sides of the chair and felt the floor drop away. The doctor flipped on the lights and said, "I've only seen this one other time."

"What is it?" I asked, but I could see from his face that it was disastrous.

"Rick," I said. My hands were sweating, trembling. "Rick!"

"He has cherry-red spots on the backs of his retinas," the doctor continued. "I've only seen this one other time in fifteen years of practice. It's Tay-Sachs." He paused. "I am so sorry."

"What's that?" Rick asked calmly, but then he quickly had to attend to me because I was wailing. I had wet my pants. The doctor calmly called for a nurse.

"I was tested!" I shouted. "I had the test." I remembered the genetic counselor asking, "Are you Jewish?" and shaking my head. "I want the Tay-Sachs test anyway," I'd said. Or had I? Had I, in this moment, instantly generated a memory to try to mitigate the present horror?

"I don't know," the doctor said uncertainly, and looked as if he might cry. I stared at him. "Did I?" I asked in a squeaky voice, but of course he would not know. He was the eye doctor, a man we'd just met, not the person who had administered the test. He shook his head and cleared his throat. I would later learn that the standard prenatal screening for Tay-Sachs only detects the nine most common mutations — those found among the Ashkenazi Jewish population — but there are more than one hundred known mutations. I would have needed to ask for a combination DNA and enzyme test or requested that my DNA be sequenced. I had not known to ask for either of these. I was told the odds of my being a carrier were "astronomical," and both parents must be carriers for a child to inherit Tay-Sachs. Rick is Jewish, but by testing one of us, we thought we were covering our bases.

"My mom, my mom," I said to Rick, gripping his arm and then taking Ronan from him. I clutched at my son, running my shaking hands over his head, his arms, his fat legs. "Little guy, little guy," I said. He squirmed and giggled. I had the urge to swallow him, to try to return him to my body, where he'd be safe, but of course he'd never been safe, not even there. "Where's my mom?" I was shouting now. "I need to call my mom. Where's the phone? Give me the phone."

"Well, what can we do about it?" Rick asked, glancing between me and Ronan and the doctor, digging in the diaper bag for the cell phone, but I knew enough about Tay-Sachs to know that there was nothing at all for us to do and that my life, the life as a new and hopeful mother, was over.

"They die," I stuttered. I had the sensation of skin falling away from bone. I hugged Ronan more tightly. "They. Die." I wanted to vomit, and my grip on Ronan was scaring him. I loosened my arms slightly.

"They die," I said firmly in a high-pitched voice, and this time he understood that I meant Ronan, that Ronan — our boy, our baby, our child — would die. The world was broken, and the three of us — Ronan, Rick and I — were falling into its mouth.

From The Still Point of the Turning World by Emily Rapp. Reprinted by arrangement of The Penguin Press, a member of Penguin Group (USA), Inc. Copyright 2013 by Emily Rapp.