A Novel of Zelda Fitzgerald

Inspired by the marriage of F. Scott and Zelda Fitzgerald, this tale follows their union in and Zelda's scandalous transformation into a Jazz Age celebrity in the literary party scenes of New York, Paris and the French Riviera. 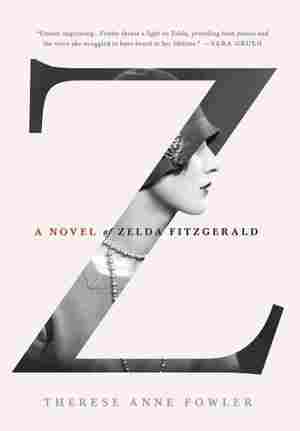 March 23, 2013 • F. Scott and Zelda Fitzgerald wed in 1920, and the two went on to have a famously turbulent literary marriage. Would Zelda have been better off without her husband? Novelist Therese Anne Fowler says, "They were two sides of one coin." 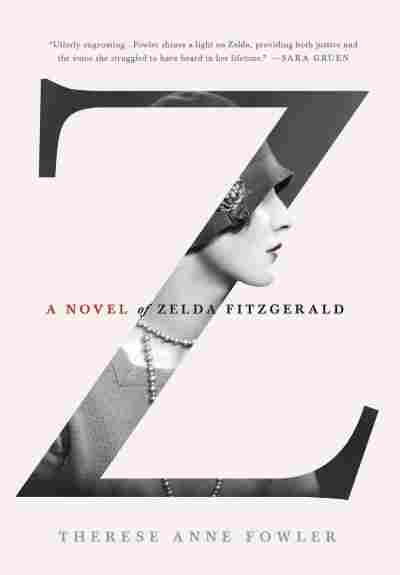 The Love of the Last Tycoon is a great title for your novel. What does Max say?

I've been thinking that maybe I'll brave an airplane ride and come to see you for New Year's. Wire me the money, if you can. Won't we be quite the pair?—you with your bad heart, me with my bad head. Together, though, we might have something worthwhile. I'll bring you some of those cheese biscuits you always loved, and you can read me what you've written so far. I know it's going to be a wonderful novel, Scott, your best one yet.

This is short so I can send it before the post office closes today. Write me soon.

If I could fit myself into this mail slot, here, I'd follow my letter all the way to Hollywood, all the way to Scott, right up to the door of our next future. We have always had a next one, after all, and there's no good reason we shouldn't start this one now. If only people could travel as easily as words. Wouldn't that be something? If only we could be so easily revised.

The postmaster comes, keys jingling, to lock up. "How are you, Miss Sayre?" he says, despite knowing that I've been Mrs. Fitzgerald since 1920. He is full-blood Alabama, Sam is; Sayre from him is Say-yuh, whereas I have come to pronounce those trailing soft consonants somewhat, after living away for so long.

I tuck my hands into my sweater's pockets and move toward the door. "I'm just about right as rain, Sam, thanks. I hope you are."

He holds the door for me. "Been worse. Have a good evenin', now."

I have been worse, too. Far worse, and Sam knows this. Everyone in Montgomery knows this. I see them staring at me when I'm at the market or the post office or church. People whisper about how I went crazy, how my brother went crazy, how sad it is to see Judge Sayre's children spoil his legacy. It all comes from the mother's side, they whisper, despite Mama, whose main crime is that she came from Kentucky, being as sound and sensible as any of them—which, now that I think of it, may not be saying much.

Outside, the sun has sunk below the horizon, tired of this day, tired of this year, as ready as I am to start anew. How long before Scott gets my letter? How long 'til I get his reply? I'd buy a plane ticket first thing tomorrow if I could. It's time I took care of him, for a change.

That commodity, once so plentiful that we spent it on all-day hangovers and purposeless outings with people I've long forgotten, has become more precious than we ever imagined it could be. Too many of our dear ones are ruined now, or gone. Nothing except luck protects you from catastrophe. Not love. Not money. Not faith. Not a pure heart or good deeds—and not bad ones either, for that matter. We can, any of us, be laid low, cut down, diminished, destroyed.

Take me, for example. Until moving here to live with Mama this past April, I endured six years in a series of sanitariums in order to heal my broken brain and fractured spirit. Scott, meantime, straggled through a bunch of different hotels and inns and towns, always nearby me—until Hollywood beckoned again and I urged him to go. His luck hardly improved: for three years, now, he's battled liquor and studio executives. He had a minor heart attack earlier this month.

Though I suspect he has someone out there, he writes to me all the time, and always ends his letters, With dearest love... My letters to him are signed, Devotedly ... Even now, when we haven't shared an address in six years, when he's probably shining his light on some adoring girl who surely thinks she has saved him, we're both telling it true. This is what we've got at the moment, who we are. It's not nearly what we once had—the good, I mean—but it's also not what we once had, meaning the bad.

Mildred Jameson, who taught me sewing in junior high school, calls to me from her porch as I pass. "Say, Zelda, when's that fella of yours coming back for you?"

We're celebrities in this town, Scott and me. Folks here have followed our doings all along, clipping articles about us, claiming events and friendships that are as invented as any fiction Scott or I ever wrote. You can't stop the gossip or even combat it, hardly, so you learn to play along.

"He's writing a new movie script," I tell her, which is sexier than the truth: he's done with the studios—for-ever, he says—and is working only on the book.

Mildred moves to the porch rail. "You can't spend another Christmas apart!" Her gray hair is set in pins and covered by a filmy scarf. "Tell him to hurry up, for goodness' sake—and tell him to put that handsome Clark Gable in the picture. Oh, my, I do love Rhett Butler!"

"Make certain you do," she says. "And tell him to be quick about it! We aren't any of us getting any younger."

At a dinner we attended for James Joyce, in Paris back in '28, Scott lamented Gatsby's lackluster sales and his slow start at writing a new book. Joyce told him that he, too, was making slow progress on a new novel, which he hoped to complete in three or four more years.

"Years," Scott kept saying afterward, never anticipating that nine strange and tumultuous ones would pass between Gatsby and his next. And now again it's been six, but I am persuaded that he's going to finish this novel soon. After everything he's been through, every disappointment, every insult, this novel will restore him—not only to his readers but also to himself.

The other day, he wrote to me:

I've found a title: The Love of the Last Tycoon. What do you think? Meanwhile, I finished Ernest's For Whom the Bell Tolls. It's not as good as his last, which explains why Hollywood's giving him over a hundred thousand for it. Together with the fifty grand he'll make for it being the first Book-of-the-Month selection, he's really rolling in it like we never were (though we did put on a good show). Quite a change from when all he could afford were those awful rooms over the sawmill in Paris, isn't it?

Ernest. Scott thinks we are all on an even keel nowadays, he and Hemingway and me. He said the new book came to him inscribed, To Scott with affection and esteem. He was so pleased. What I might have replied, but didn't, is that Hemingway can afford to be magnanimous; why wouldn't he tread the high road now that we are all in the places that, by his measure, we're supposed to be?

I just came across my Montgomery Country Club membership card from 1918, issued to Lt. F. S. Fitzgerald ... do you remember that guy? Bold and dashing and romantic—poor soul. He was wildly in love with writing and life and a particular Montgomery debutante all the lesser fellows said was ungettable. His heart still hasn't fully recovered.

I wonder if we're completely ruined, you and I. That's the prevailing opinion, but you've had eight pretty good months since you left the hospital, and my outlook's improving too. Haven't touched a drink since last winter, can you even imagine that?

But Zelda, what wouldn't you give to go back to the beginning, to be those people again, the future so fresh and promising that it seems impossible not to get it right?

Lord help me, I miss him.

I wish I could tell everyone who thinks we're ruined, who thinks Scott's beyond washed-up and I'm about as sharp these days as a sack of wet mice, Look closer.

Look closer and you'll see something extraordinary, mystifying, something real and true. We have never been what we seemed.

From Z: A Novel of Zelda Fitzgerald, by Therese Anne Fowler. Copyright 2013 by Therese Ann Fowler. Excerpted by permission of St. Martin's Press.