When Everything Happens Now

The author of Life, Inc. examines the pros and cons of today's digitally driven, real-time world, explaining how to safeguard against the vulnerabilities of instant-experience media while maximizing its benefits. 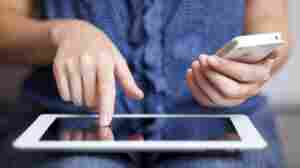 March 25, 2013 • In Present Shock: When Everything Happens Now, Douglas Rushkoff cautions against living in the perennial, virtual now. "It's very hard for us to orient ourselves," he says, "to look forward to things, to join movements with goals, to invest in the future."

He is one of the most prescient hedge fund managers on Wall Street, but his trades always seem to happen after the fact. That's because as soon as he executes an order, it is observed and preempted by traders at bigger firms with faster computers. The spread changes, and his buy order goes through just a few fractions of a penny higher than it should have. He is trading in the past, longing for the software and geeks he needs to get into his competitors' present. And his clients can no longer conceive of investing in a company's future, anyway; they want to win on the trade itself, as it actually happens.

She's at a bar on Manhattan's Upper East Side, but she seems oblivious to the boys and the music. Instead of engaging with those around her, she's scrolling through text messages on her phone, from friends at other parties across town. She needs to know if the event she's at is the event to be at, or whether something better is happening at that very moment, somewhere else. Sure enough, a blip on the tiny screen catches her interest, and in seconds her posse is in a cab headed for the East Village. She arrives at a seemingly identical party and decides it's "the place to be," yet instead of enjoying it, she turns her phone around, activates the camera, and proceeds to take pictures of herself and her friends for the next hour — instantly uploading them for the world to see her in the moment.

He sees the signs all around him: the latest "natural" disaster on the evening news; the fluctuations in the prices at the gas pump; talk of a single world currency. Information overload might not have increased the rate at which disasters occur, but it has exponentially increased the rate at which they're witnessed. As a result, prophecy no longer feels like a description of the future but, rather, a guide to the present. The ideas of quantum physicists and the Mayans have been twisted to indicate that time itself will soon be coming to an end, anyway. The messianic age is no longer something to prepare for; it is a current event. What would Jesus do?

Our society has reoriented itself to the present moment. Everything is live, real time, and always-on. It's not a mere speeding up, however much our lifestyles and technologies have accelerated the rate at which we attempt to do things. It's more of a diminishment of anything that isn't happening right now — and the onslaught of everything that supposedly is.

It's why the world's leading search engine is evolving into a live, customized, and predictive flow of data branded "Google Now"; why email is giving way to texting, and why blogs are being superseded by Twitter feeds. It's why kids in school can no longer follow linear arguments; why narrative structure collapsed into reality TV; and why we can't engage in meaningful dialogue about last month's books and music, much less long- term global issues. It's why an economy once based on long- term investment and interest bearing currency can no longer provide capital to those who plan to put it to work for future rewards. It's why so many long for a "singularity" or a 2012 apocalypse to end linear time altogether and throw us into a posthistoric eternal present — no matter the cost to human agency or civilization itself.

But it's also how we find out what's happening on the streets of Iran before CNN can assemble a camera crew. It's what enables an unsatisfied but upwardly mobile executive to quit his job and move with his family to Vermont to make kayaks — which he thought he'd get to do only once he retired. It's how millions of young people can choose to embody a new activism based in patient consensus instead of contentious debate. It's what enables companies like H& M or Zara to fabricate clothes in real time, based on the instantaneous data coming from scanned tags at checkout counters five thousand miles away. It's how a president can run for office and win by breaking from the seeming tyranny of the past and its false hope, and tell voters that "we are the ones we have been waiting for."

Well, the waiting is over. Here we are.

If the end of the twentieth century can be characterized by futurism, the twenty-first can be defined by presentism.

The looking forward so prevalent in the late 1990s was bound to end once the new millennium began. Like some others of that era, I predicted a new focus on the moment, on real experience, and on what things are actually worth right now. Then 9/11 magnified this sensibility, forcing America as a nation to contend with its own impermanence. People had babies in droves, and even filed for divorces, in what was at least an unconscious awareness that none of us lives forever and an accompanying reluctance to postpone things indefinitely. Add real-time technologies, from the iPhone to Twitter; a disposable consumer economy where 1-Click ordering is more important than the actual product being purchased; a multitasking brain actually incapable of storage or sustained argument; and an economy based on spending now what one may or may not earn in a lifetime, and you can't help but become temporally disoriented. It's akin to the onslaught of changing rules and circumstances that 1970s futurist Alvin Toffler dubbed "future shock."

Only, in our era it's more of a present shock. And while this phenomenon is clearly "of the moment," it's not quite as in the moment as we may have expected.

For while many of us were correct about the way all this presentism would affect investments and finance, even technology and media, we were utterly wrong about how living in the "now" would end up impacting us as people. Our focus on the present may have liberated us from the twentieth century's dangerously compelling ideological narratives. No one — well, hardly anyone — can still be convinced that brutal means are justified by mythological ends. And people are less likely to believe employers' and corporations' false promises of future rewards for years of loyalty now. But it has not actually brought us into greater awareness of what is going on around us. We are not approaching some Zen state of an infinite moment, completely at one with our surroundings, connected to others, and aware of ourselves on any fundamental level.

Rather, we tend to exist in a distracted present, where forces on the periphery are magnified and those immediately before us are ignored. Our ability to create a plan — much less follow through on it — is undermined by our need to be able to improvise our way through any number of external impacts that stand to derail us at any moment. Instead of finding a stable foothold in the here and now, we end up reacting to the ever- present assault of simultaneous impulses and commands.

From Present Shock: When Everything Happens Now by Douglas Rushkoff. Copyright 2013 by Douglass Rushkoff. Excerpted by permission of Current/Penguin.