"To be young, in France, and in love: fourteen-year-old Dâesirâee can't believe her good fortune. Her fiance, the dashing and ambitious Napoleon Bonaparte, is poised for battlefield success, and no longer will she be just a French merchant's daughter. She could not have known the twisting path her role in history would take, nearly breaking her vibrant heart but sweeping her into a life rich in passion and desire"—P. [4] of cover. 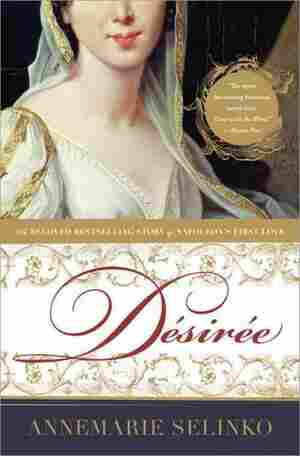 August 25, 2013 • Annemarie Selinko's Desiree, a novel about a silk merchant's daughter who almost married Napoleon, was the first book that author Fiona Maazel ever read with excitement. What book turned you into a reader? Tell us in the comments. 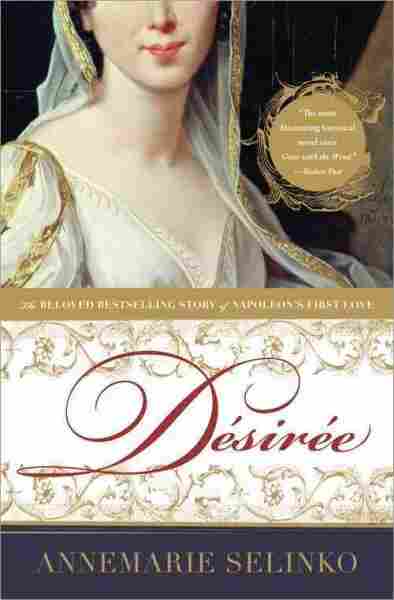 Marseilles, at the beginning of Germinal, Year II (The end of March, 1794, by Mama's old-fashioned reckoning)

A woman can usually get what she wants from a man if she has a well-developed figure. So I've decided to stuff four handkerchiefs into the front of my dress tomorrow; then I shall look really grown up. Actually I am grown up already, but nobody else knows that, and I don't altogether look it.

Last November I was fourteen, and Papa gave me this lovely diary for my birthday. It's a shame to spoil these beautiful white pages with writing. There's a little lock at the side of the diary, and I can lock it up. Even my sister Julie won't know what I put in it. It was my last present from dear Papa. My father was the silk merchant François Clary, of Marseilles; he died two months ago, of congestion of the lungs.

"What shall I write in that book?" I asked in perplexity when I saw it on the table among my presents. Papa smiled and kissed me on the forehead. "The story of Citizeness Bernardine Eugénie Désirée Clary," he said, and suddenly he looked sad.

I am starting my future history tonight, because I'm so excited I can't get to sleep. So I slid softly out of bed, and I only hope Julie, over there, won't be awakened by the flickering of the candle. She'd make a frightful scene. The reason why I'm excited is that tomorrow I'm going with my sister-in- law Suzanne to see Deputy Albitte and ask him to release Etienne.

Etienne is my brother, and his life is in danger. Two days ago the police suddenly came to arrest him. Such things do happen these days; it's only five years since the great Revolution, and people say it's not over yet. Anyhow, lots of people are guillotined every day in the Town Hall square, and it's not safe to be related to aristocrats. Fortunately, we haven't any fine folk among our relatives. Papa made his own way, and he built up Grandpa's little business into one of the biggest silk firms in Marseilles. Papa was very glad about the Revolution, though just before it he had been appointed a Purveyor to the Court and had sent some blue silk velvet to the Queen. Etienne says the velvet was never paid for. Papa almost cried when he read to us the first broadside giving the Rights of Man. Etienne has been running the business since Papa died. When Etienne was arrested, Marie, our cook, who used to be my nurse, said quietly to me, "Eugénie, I hear that Albitte is coming to town. Your sister-in-law must go to see him and try to get Citizen Etienne Clary set free." Marie always knows what's going on in town.

At supper we were all very dismal. Two places at the table were empty-Papa's chair next to Mama and Etienne's next to Suzanne. Mama won't let anyone use Papa's chair. I kept thinking of Albitte and crumbling my bread into little balls. That annoyed Julie. She is only four years older, but she wants to mother me all the time and it makes me wild. "Eugénie," she said, "it's bad manners to crumble your bread."

I stopped making bread balls and said, "Albitte is in town."

The others took no notice. They never do when I say anything. So I said it again. "Albitte is in town."

At that Mama said, "Who is Albitte, Eugénie?"

Suzanne was not listening, she was sobbing into her soup.

"Albitte," I said, proud of my knowledge, "is the Jacobin Deputy for Marseilles. He is staying a week and will be in the Town Hall every day. And tomorrow Suzanne must go to see him; she must ask him why Etienne has been arrested, and insist that it must be a misunderstanding."

"But," Suzanne sobbed, looking at me, "he wouldn't receive me!"

"I think-I think it might be better," said Mama doubtfully, "for Suzanne to ask our lawyer to see Albitte."

Sometimes my family make me sick. Mama won't have a jar of marmalade made at home unless she can give it a stir. And yet she will leave a matter of life and death to our silly old lawyer. I expect many grown-ups are like that.

"We must see Albitte ourselves," I said, "and Suzanne, as Etienne's wife, is the one who should go. If you're scared, Suzanne, I'll go, and I'll ask Albitte to release my big brother."

"Don't you dare go to the Town Hall!" said Mama at once. Then she went on with her soup.

"I do not wish to discuss the matter further," said Mama, and Suzanne began sobbing into her soup again.

After supper I went upstairs to see whether Persson had got back. You see, in the evening I give Persson French lessons. He has the sweetest old horse-face imaginable. He's terribly tall and thin, and he's the only fair-haired man I know. That's because he is a Swede. Heaven only knows where Sweden is-somewhere up by the North Pole, I think. Persson showed me once on the map, but I forget where. Persson's papa has a silk business in Stockholm, and the business is somehow connected with ours here. So Persson came to Marseilles for a year to be an assistant in Papa's business. Everyone says you can only learn the silk trade in Marseilles. So one day Persson came to our house. At first we couldn't make out a word of what he said. He declared that he was talking French, but it didn't sound like French at all. Mama got a room ready for him on the top floor, and said that in these unsettled times it was better for Persson to live with us.

I found Persson had come in; really he is such a respectable young man, and we sat down in the parlour. Usually he reads to me from the newspapers, and I correct his pronunciation. And once more, as so often, I got out the old broadside about the Rights of Man that Papa had brought home, and then Persson and I listened to each other reciting it, because we wanted to learn it all by heart. Persson's old horse-face grew quite solemn, and he said he envied me because I belonged to the nation that had presented these great thoughts to the world. "Liberty, Equality, and the Sovereignty of the People," he declaimed, sitting next to me.

Then he said, "Much blood has been shed to establish these new laws, so much innocent blood. And it must not have been shed in vain, mademoiselle."

Of course, Persson is a foreigner, and he always calls Mama "Mme Clary," and me "Mlle Eugénie," though that is forbidden; we are both just "Citizeness Clary."

Suddenly Julie came into the room. "Would you come for a moment, Eugénie?" she said, and took me to Suzanne's room.

Suzanne was sitting hunched up on the sofa, sipping port wine. Port is supposed to be strengthening, but I am never given a glass, because young girls do not need strengthening, Mama says. Mama was sitting next to Suzanne, and I could see that she was trying to look energetic. When she does that, she looks more frail and helpless than ever; she hunches up her narrow shoulders, and her face looks very small under the little widow's cap she has worn for two months. My poor mama reminds you much more of an orphan child than a widow.

"We have decided," said Mama, "that tomorrow Suzanne will try to see Deputy Albitte. And," Mama added, clearing her throat, "you are to go with her, Eugénie!"

"I am afraid to go alone, among all the crowds of people," Suzanne murmured. I could see that the wine had not strengthened her, only made her drowsy. And I wondered why I was to go with her, and not Julie.

"Suzanne has made this decision for Etienne's sake," said Mama, "and it will be a comfort to her, my dear child, to know that you are with her."

"Of course you must keep your mouth shut, and let Suzanne do the talking," Julie hastened to add.

I was glad that Suzanne was going to see Albitte. That was the best thing to do, the only thing, in my opinion. But they were treating me, as usual, like a child, so I said nothing.

"Tomorrow will be a very trying day for us all," said Mama, getting up. "So we must go to bed soon."