In a story of bravery and perseverance, Dr. Hawa Abdi, "the Mother Teresa of Somalia," reflects on founding the camp for internal refugees that kept 90,000 of her fellow citizens safe, inspiring her daughters to become doctors and being kidnapped by radical insurgents. 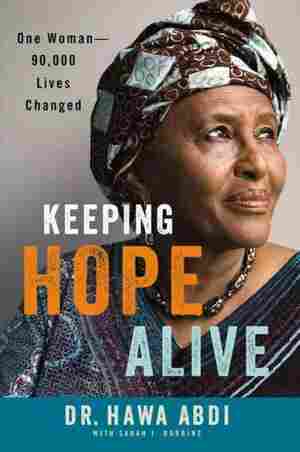 March 29, 2013 • More than 20 years ago, Dr. Hawa Abdi set out to change her broken society when she turned her 1,300-acre farmland outside Mogadishu into a camp for 90,000 internally displaced Somalis. Now she calls it Hawa Village — and it includes a hospital, school and farm.

She was twenty‑two years old, with a bullet in her brain and another in her heart. I don't remember the day she was brought into our hospital, or even whether it was day — it was simply a clear moment in the dust‑filled haze of a civil war that had, by then, long ripped our country apart. By 1995, in Somalia, young boys from different militias brandished machine guns looted from the former government and donated from God knows where else. This woman was one of hundreds of the war's victims — my patients — awaiting me at that very moment. But her story was different.

She was a young, strong Somali woman. I built my hospital to deliver her child — not to smooth my thumb and middle finger down her forehead in order to close her lifeless eyes. Before I asked my staff to search the bush for her family, I stopped and stood with her for a moment. As I turned away, I cried, not as a doctor, but as a mother. How will this girl's mother feel tonight, I asked myself, knowing that her daughter is dead?

Even in the most remote of places, even in times of chaos, bad news travels quickly. A woman came from the bush with information, and we walked together into the room where the dead body still lay. "The person who killed this girl was her mother," the woman told me. "Her mother killed her."

I was shocked, for I had never heard of such a thing! "How could it be?" I asked.

"The girl's father was from one clan, and her mother from another," the woman explained, shaking her head, as she looked at the dead young woman's calm face. She was still very beautiful — unaware, it seemed, of what had destroyed her. I was also unaware, until the woman continued: "When the girl and her mother went to the mother's family, the family said, "This girl is from the wrong clan. We don't want you.'"

The woman looked up at me with sad eyes. "They say she killed her daughter so she could go home."

What would my father say if he could see that beautiful girl, young and strong, killed by her mother because her father was from a different clan? If he could see the tens of thousands of people living on our family's land, where, for more than twenty years, we have been used as human shields for clashing warlords or rival militiamen seeking only to loot or to kill?

What would he say about the insurgent group Hizbul Islam, which came to my gate in May 2010, and about those who have followed in their footsteps, invading my home and hospital just as they have every other place Somalis once considered safe? These young men are our own sons as well — an entire generation that has grown up without law and order. They have clung to a fundamentalist, inaccurate version of Islam to give them a sense of power; as they try to destroy our society, they are also trying to destroy our religion. Now we are hostages to their ungodly belief that a woman is an object, an instrument, to be used only for their purposes.

"You are old, and we are stronger than you," said one of the young men who came to me in those terrible days of 2010. "You have to hand over the authority of the hospital and the management of your camp to us."

"That's impossible," I told him. "This is my property. I am the doctor here, and I have the knowledge for it. On what legal basis should i hand over a hospital to you? "

"You are a woman," said another. "You are not allowed to shoulder any responsibility and authority."

"We will protect you here," said the first.

"That's not your job," I said. Though the camp's elders quietly reminded me that the men could shoot me at a moment's notice, I refused to back down. "So they'll shoot me!" I told the elders. "At least I will die with dignity."