An authoritative portrait of the Latin-American warrior-statesman examines his life against a backdrop of the tensions of 19th-century South America, covering his achievements as a strategist, abolitionist and diplomat. 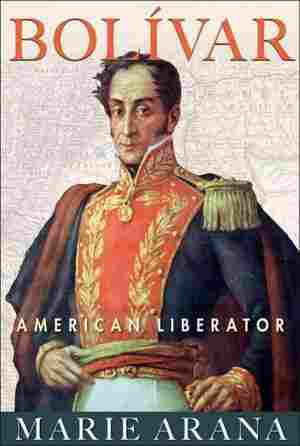 They heard him before they saw him: the sound of hooves striking the earth, steady as a heartbeat, urgent as a revolution. When he emerged from the sun-dappled forest, they could barely make out the figure on the magnificent horse. He was small, thin. A black cape fluttered about his shoulders.

The rebels eyed him with unease. All four had been riding north, fully expecting to come upon a royalist fleeing in the other direction, away from the battle at Boyacá. Three days before, the Spaniards had been surprised by a lightning strike of revolutionaries — barefoot, wild-eyed — swarming down over the Andes. The Spanish were running now, scattering over the landscape like a herd of frightened deer.

"Here comes one of those losing bastards," said the rebel general. Hermógenes Maza was a veteran of the wars of independence in Spanish America. He had been captured and tortured by royalists, had honed a hunger for revenge. He spurred his horse, rode forward. "Halt!" he cried out. "Who goes there?"

The rider pressed on at full gallop.

General Maza raised his lance and bellowed his warning one more time. But the stranger only advanced, ignoring him. When he got near enough to render his features sharp and unmistakable, he turned coolly to glare at the rebel general. "¡Soy yo!" the man shouted. "Don't be a dumb sonofabitch."

The general's jaw went slack. He lowered his lance, let the horseman pass.

So it was that Simón Bolívar rode into Santa Fe de Bogotá, the capital of the New Kingdom of Granada, on the sweltering afternoon of August 10, 1819. He had spent thirty-six days traversing the flooded plains of Venezuela; six days marching over the vertiginous snows of the Andes. By the time he reached the icy pass at thirteen thousand feet called the Páramo de Pisba, his men were barely alive, scarcely clothed, flogging themselves to revive their failing circulation. He had lost a third of them to frost or starvation, most of his weapons to rust, every last horse to hypothermia. Even so, as he and his scruffy troops staggered down the cliffs, stopping at villages along the way, he had rallied enough fresh recruits and supplies to win a resounding victory that in time would link his name to Napoleon's and Hannibal's. As news of his triumph spread, it quickened the rebels' hopes and sent a cold prick of fear through the Spaniards.

The capital of the viceroyalty was the first to react. On hearing of Bolívar's advance, agents of the crown abandoned their houses, possessions, businesses. Whole families took flight with little more than the clothes on their back. Maza and his companions could hear the deafening detonations as Spanish soldiers destroyed their own arsenals and hurried for the hills. Even the cruel and ill-tempered viceroy, Juan José de Sámano, disguised as a lowly Indian in a poncho and grimy hat, fled the city in a panic. He knew that Bolívar's retribution would be swift and severe. "War to the Death!" had been the Liberator's battle cry; after one battle, he had called for the cold-blooded execution of eight hundred Spaniards. Sámano understood that he, too, had been ruthless, ordering the torture and extermination of thousands in the name of the Spanish throne. Reprisals were sure to follow. The king's loyalists flowed out of Santa Fe, as Bogotá was then called, flooding the roads that led south, emptying Santa Fe until its streets were eerily silent and the only residents left were on the side of independence. When Bolívar got word of it, he leapt on his horse, ordered his aides-de-camp to follow, and raced ahead, virtually alone, toward the viceroy's palace.

Although Maza had fought under the Liberator years before, he hardly recognized the man passing before him now. He was gaunt, shirtless, his chest bare under the ragged blue jacket. Beneath the worn leather cap, his hair had grown long and grizzled. His skin was rough from wind, bronzed by the sun. His trousers, once a deep scarlet, had faded to a dull pink; his cape, which doubled as a bed, was stained by time and mud.

He was thirty-six years old, and, although the disease that would take his life already coiled in his veins, he seemed vibrant and strong, filled with a boundless energy. As he crossed into Santa Fe and made his way down the Calle Real, an old woman rushed toward him. "God bless you, phantom!" she called, sensing—despite his dishevelment—a singular greatness. House by house, others ventured out, at first tentatively, and then in a surging human mass that followed him all the way to the plaza. He dismounted in one agile movement and ran up the palace steps.

For all his physical slightness—five foot six inches and a scant 130 pounds—there was an undeniable intensity to the man. His eyes were a piercing black, his gaze unsettling. His forehead was deeply lined, his cheekbones high, his teeth even and white, his smile surprising and radiant. Official portraits relay a less than imposing man: the meager chest, the impossibly thin legs, the hands as small and beautiful as a woman's. But when Bolívar entered a room, his power was palpable. When he spoke, his voice was galvanizing. He had a magnetism that seemed to dwarf sturdier men.

He enjoyed good cuisine, but could endure days, even weeks, of punishing hunger. He spent backbreaking days on his horse: his stamina in the saddle was legendary. Even the llaneros, roughriders of the harsh Venezuelan plains, called him, with admiration, Iron Ass. Like those men, he preferred to spend nights in a hammock or wrapped in his cape on bare ground. But he was equally comfortable in a ballroom or at the opera. He was a superb dancer, a spirited conversationalist, a cultivated man of the world who had read widely and could quote Rousseau in French and Julius Caesar in Latin. A widower and sworn bachelor, he was also an insatiable womanizer.

By the time Bolívar mounted the stairs to the viceroy's palace on that sultry August day, his name was already known around the world. In Washington, John Quincy Adams and James Monroe agonized over whether their fledgling nation, founded on principles of liberty and freedom, should support his struggle for independence. In London, hard-bitten veterans of England's war against Napoleon signed on to fight for Bolívar's cause. In Italy, the poet Lord Byron named his boat after Bolívar and dreamed of emigrating to Venezuela with his daughter. But there would be five more years of bloodshed before Spain was thrust from Latin American shores. At the end of that savage and chastening war, one man would be credited for single-handedly conceiving, organizing, and leading the liberation of six nations: a population one and a half times that of North America, a landmass the size of modern Europe. The odds against which he fought—a formidable, established world power, vast areas of untracked wilderness, the splintered loyalties of many races—would have proved daunting for the ablest of generals with strong armies at his command. But Bolívar had never been a soldier. He had no formal military training. Yet, with little more than will and a genius for leadership, he freed much of Spanish America and laid out his dream for a unified continent.