A Pulitzer Prize-winning scientist weaves together letters that highlight his childhood, career and why he became a biologist, in the hopes of inspiring today's young people into similar pursuits.

NPR stories about Letters To A Young Scientist 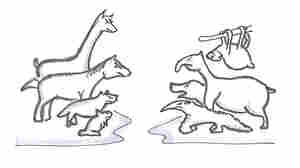 July 25, 2013 • When the Isthmus of Panama connected North and South America, two independent dynasties of horses, rhinos, elephants, shrews, weasels, cats and dogs were free to mingle, fight, dominate or die. Who won? 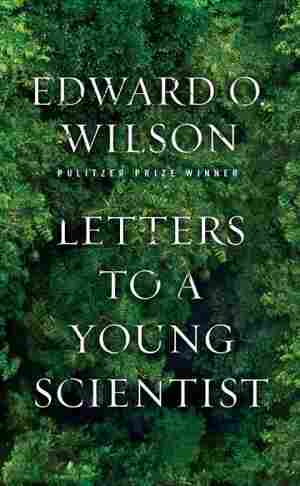 Excerpt: Letters To A Young Scientist

I believe it will help for me to start with this letter by telling you who I really am. This requires your going back with me to the summer of 1943, in the midst of the Second World War. I had just turned fourteen, and my hometown, the little city of Mobile, Alabama, had been largely taken over by the buildup of a wartime shipbuilding industry and military air base. Although I rode my bicycle around the streets of Mobile a couple of times as a potential emergency messenger, I remained oblivious to the great events occurring in the city and world. Instead, I spent a lot of my spare time — not required to be at-school — earning merit badges in my quest to reach the Eagle rank in the Boy Scouts of America. Mostly, however, I explored nearby swamps and forests, collecting ants and butterflies. At home I attended to my menagerie of snakes and black widow-spiders.

Global war meant that very few young men were available to serve as counselors at nearby Boy Scout Camp Pushmataha. The recruiters, having heard of my extracurricular activities, had asked me, I assume in desperation, to serve as the nature counselor. I was, of course, delighted with the prospect of a free summer camp experience doing approximately what I most wanted to do anyway. But I arrived at Pushmataha woefully underaged and underprepared in much of anything but ants and butterflies. I was nervous. Would the other scouts, some older than I, laugh at what I had to offer? Then I had an inspiration: snakes. Most people are simultaneously frightened, riveted, and instinctively interested in snakes. It's in the genes. I didn't realize it at the time, but the-south-central Gulf coast is home to the largest variety of snakes in North America, upward of forty species. So upon arrival I got some of the other campers to help me build some cages from wooden crates and window screen. Then I directed all residents of the camp to join me in a summer-long hunt for snakes whenever their regular schedules allowed.

Thereafter, on an average of several times a day, the cry rang out from somewhere in the woods: Snake! Snake! All within hearing distance would rush to the spot, calling to others, while I, snake-wrangler-in-chief, was fetched.

If nonvenomous, I would simply grab it. If venomous, I would first press it down just behind the head with a stick, roll the stick forward until its head was immobile, then grasp it by the neck and lift it up. I'd then identify it for the gathering circle of scouts and deliver what little I knew about the species (usually very little, but they knew less). Then we would walk to headquarters and deposit it in a cage for a residence of a week or so. I'd deliver short talks at our zoo, throw in something new I learned about local insects and other animals. (I scored zero on plants.) The summer rolled by pleasantly for me and my small army.

The only thing that could interrupt this happy career was, of course, a snake. I have since learned that all snake specialists, scientists and amateurs alike, apparently get bitten at least once by a venomous snake. I was not to be an exception. Halfway through the summer I was cleaning out a cage that contained several pygmy rattlesnakes, a venomous but not deadly species. One coiled closer to my hand than I'd realized, suddenly uncoiled, and struck me on the left index finger. After first aid in a doctor's office near the camp, which was too late to do any good, I was sent home to rest my swollen left hand and arm. Upon returning to Pushmataha a week later, I was instructed by the adult director of the camp, as I already had been by my parents, that I was to catch no more venomous-snakes.

At the end of the season, as we all prepared to leave, the director held a popularity poll. The campers, most of whom were assistant snake hunters, placed me second, just behind the chief counselor. I had found my life's work. Although the goal was not yet clearly defined then in my adolescent mind, I was going to be a scientist — and a professor.

Through high school I paid very little attention to my classes. Thanks to the relatively relaxed school systems of south Alabama in wartime, with overworked and distracted teachers, I got away with it. One memorable day at Mobile's Murphy High School, I captured with a sweep of my hand and killed twenty houseflies, then lined them up on my desk for the next hour's class to find. The following day the teacher, a young lady with considerable aplomb, congratulated me but kept a closer eye on me thereafter. That is all I remember, I am embarrassed to say, about my first year in high school.

I arrived at the University of Alabama shortly after my seventeenth birthday, the first member of my family on either side to attend college. I had by this time shifted from snakes and flies to ants. Now determined to be an entomologist and work in the outdoors as much as possible, I kept up enough effort to make A's. I found that not very difficult (it is, I'm told, very different today), but soaked up all the elementary and intermediate chemistry and biology-available.

Harvard University was similarly tolerant when I arrived as a Ph.D. student in 1951. I was considered a prodigy in field biology and entomology, and was allowed to make up the many gaps in general biology left from my happy days in Alabama. The momentum I built up in my southern childhood and at Harvard carried through to an appointment at Harvard as assistant professor. There followed more than six decades of fruitful work at this great-university.

I've told you my Pushmataha-to-Harvard story not to recommend my kind of eccentricity (although in the right circumstances it could be of advantage); and I disavow my casual approach to early formal education. I grew up in a different age. You, in contrast, are well into a different era, where opportunity is broader but more demanding.

My confessional instead is intended to illustrate an important principle I've seen unfold in the careers of many successful scientists. It is quite simple: put passion ahead of training. Feel out in any way you can what you most want to do in science, or technology, or some other-science-related profession. Obey that passion as long as it lasts. Feed it with the knowledge the mind needs to grow. Sample other subjects, acquire a general education in science, and be smart enough to switch to a greater love if one appears. But don't just drift through courses in science hoping that love will come to you. Maybe it will, but don't take the chance. As in other big choices in your life, there is too much at stake. Decision and hard work based on enduring passion will never fail you.