Relocated to the home of her resentful estranged father after surviving a high-school shooting, Linnea is unwittingly placed in charge of a bizarre and well-endowed charity fund and confides in a handyman, who is shouldering his own struggles with a painkiller-addicted parent.

NPR stories about The Humanity Project 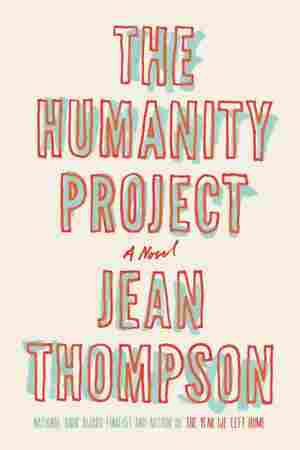 'Humanity' May Get Second Chance In Jean Thompson's New Novel

April 21, 2013 • Jean Thompson's The Humanity Project follows the fortunes of a number of hard-luck people — and looks at the bizarre, sad and funny ways we fail to help others.

'Humanity' May Get Second Chance In Jean Thompson's New Novel

Gray morning. He'd fallen asleep in front of the computer again. The screen was gray too. "Yeah," Sean said. His voice was more awake than he was. He swung around in his chair. His son was standing in the doorway, tall, shaggy-haired, peering in at him.

"You're supposed to call that guy."

"OK." Sleep was racing away and for another second he let himself follow it, his mind unraveling back into a dream that still held him under some impossible weight. Then he pushed the dream away, shut off the computer, planted his feet, and rose to meet the god-awful day. "Conner? Do I smell coffee?"

"I got some started."

"Thanks, bud." Coffee, then he'd call that guy in Santa Rosa to see if he could get a few days' work lined up, and if he couldn't, well, that was the next heap of crap to deal with.

Sean got the first of the coffee into him, then dialed. He could hear Conner moving around upstairs, getting ready for school. The phone in his hand came to life. "Hello, Mr. Nocera? Sean McDonald here, I was wondering if you could use me today."

He listened for a minute, then said, "Sure. Well thanks for your time. Have yourself a good day."

Nocera had already hung up, but Sean heard Conner coming down the stairs, so he pretended he was still talking while Conner opened the refrigerator and the cupboards, found a carton of chocolate milk, peanut butter crackers, a banana, and a handful of Oreos, which was either a weird breakfast or a weird lunch. "Dad?"

Sean put his hand over the phone, shielding his imaginary conversation.

"Thanks. Knock em dead out there."

He waited until Conner was out the front door before he put the phone down.

Bojangles wanted in from the yard. He did his happy begging dance.

"Scram, you con man," Sean said, and the dog went to his corner and lay down without complaint.

Another day of nothing stretched ahead of him.

He showered, fixed himself some eggs, then sat back down at the computer. The whole world was in the computer, if you knew how to figure things out, and you had to believe that somewhere out there were answers, solutions. Work and money, mostly.

He checked Craigslist for help wanted. It was the same old stuff— scams, mostly. Winter rain was going to start in soon and work would be even slower. He could fight the Guatemalans for landscaping jobs he didn't want anyway. He could enroll at the community college to take computer courses and be qualified for a whole new category of jobs where no one was hiring. Last month he'd printed up five hundred flyers advertising himself as under windshield wipers in parking lots, came up with two jobs cleaning gutters and another hauling brush, and somebody who wanted a garage framed but didn't want to pay white man's wages.

He'd get by. He always had. Things would turn around and you wouldn't feel like you were beating your head against the brick wall of the world. It wasn't just him. Times were bad for everybody, everybody had it coming. He guessed he was just a little farther ahead in the line than most people.

Finished with the job listings, he let his fingers do the walking over to the personals. Women seeking Men. Like the help wanted, he'd seen most of them before . Princess looking for her prince. Where did all the great guys go? Friends first. Looking for something real. None of them attached pictures, which was smart, he guessed, but made you waste a lot of time. Here was a new one: Pretty Lady, 38.

Maybe not pretty. Maybe not thirty-eight. Who knew? Sean clicked, and read:

So how was your day? Mine too. I miss having somebody I can talk to.
If you ever want to get out of the house some night for a while, you can pretend I'm your best friend and tell me all about it. Me: normal in most respects. You: tired of reading these ads.

Well at least she had a sense of humor. Sean thought for a minute, typed in the address.

Hi Pretty Lady,
I hear you loud and clear. I'm a single dad. My son is seventeen.
He already puts up with enough of my griping. Not that you have to put up with it either. But yeah, it would be nice if

Here he paused for a long time. Nice if you could just lie down with a woman, have some naked good times, not worry about anything more. But you couldn't write that.

I could get together with you some time and compare notes. I'm 45, work as a carpenter, self employed, meaning I'm broke most of the time, but I can always spring for a couple of drinks. I'm 5'10" and as for looks, well, dogs don't bark at me. I'm free most nights, hope that doesn't make me sound like a social reject, ha ha.

He signed it Sean, then sent it off before he changed his mind. She wanted to talk. He was hornier than an eight-peckered toad, but he guessed talking had to come before anything else.

He took his second cup of coffee outside and sat on the deck. The day was going to work its way into hazy heat. The hillside beyond his back fence was a tangle of manzanita and scotch broom and blond grass. So dry the least spark would send it up in flames and then he guessed it would be good- bye, house—that is, if Bank of America didn't get to it first, but there he was getting down again, letting the negative thoughts in, and so he put his feet up on the railing and smoked a little pot just to take the edge off things. It wasn't the life he'd planned for himself but it was the life he'd grown used to, it had its comforts, and it would be a sad and low-down thing if he got kicked out of it.