Accessibility links
The Sleepwalkers NPR coverage of The Sleepwalkers: How Europe Went to War in 1914 by Christopher Clark. News, author interviews, critics' picks and more.

One hundred years ago, European statesmen were in the process of stumbling, or as Christopher Clark would say, "sleepwalking," into a gigantic war. Clark's book is a history of Europe in the years leading up to World War I.

NPR stories about The Sleepwalkers 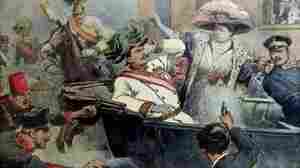 March 6, 2014 • World War I began 100 years ago this summer. The spark — Archduke Franz Ferdinand's assassination — was dramatic, tragic and, in some ways, almost comic. 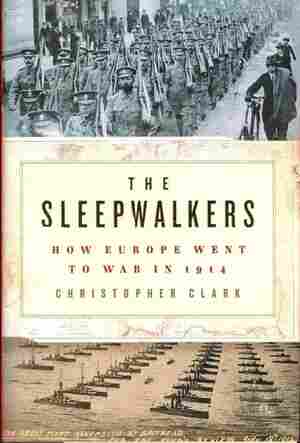 April 23, 2013 • A new book by Christopher Clark describes the series of events that precipitated one the most complex and catastrophic conflicts of modern times. "It seems to me that our world is getting more like 1914, not less like it," Clark says. 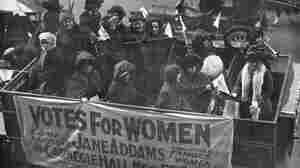 Without World War I, the woman's suffrage movement might have been slower to gain traction. Paul Thompson/Getty Images hide caption

Without World War I, A Slower U.S. Rise, No 'God Bless America'

March 12, 2014 • If the Great War had never happened, America might look vastly different. Among other things, woman's suffrage and the civil rights movement might have suffered.

Without World War I, A Slower U.S. Rise, No 'God Bless America' 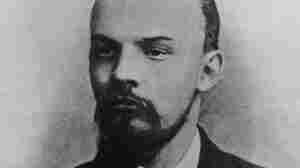 Vladimir Lenin in 1900. In our counterfactual history, his career as the producer of the musical Pins and Needles is only a few years away. Hulton Archive/Getty Images hide caption

A World Without World War I, Featuring Health-Nut Hitler

March 12, 2014 • One hundred years after the Great War, we're looking back at the history that wasn't. If Archduke Franz Ferdinand hadn't been killed in 1914, how would the world be different?

A World Without World War I, Featuring Health-Nut Hitler

The European continent was at peace on the morning of Sunday 28 June 1914, when Archduke Franz Ferdinand and his wife Sophie Chotek arrived at Sarajevo railway station. Thirty-seven days later, it was at war. The conflict that began that summer mobilized 65 million troops, claimed three empires, 20 million military and civilian deaths, and 21 million wounded. The horrors of Europe's twentieth century were born of this catastrophe; it was, as the American historian Fritz Stern put it, 'the first calamity of the twentieth century, the calamity from which all other calamities sprang'. The debate over why it happened began before the first shots were fired and has been running ever since. It has spawned an historical literature of unparalleled size, sophistication and moral intensity. For international relations theorists the events of 1914 remain the political crisis par excellence, intricate enough to accommodate any number of hypotheses.

The historian who seeks to understand the genesis of the First World War confronts several problems. The first and most obvious is an oversupply of sources. Each of the belligerent states produced official multi-volume editions of diplomatic papers, vast works of collective archival labour. There are treacherous currents in this ocean of sources. Most of the official document editions produced in the interwar period have an apologetic spin. The fifty-seven-volume German publication Die Grosse Politik, comprising 15,889 documents organized in 300 subject areas, was not prepared with purely scholarly objectives in mind; it was hoped that the disclosure of the pre-war record would suffice to refute the 'war guilt' thesis enshrined in the terms of the Versailles treaty. For the French government too, the post-war publication of documents was an enterprise of 'essentially political character', as Foreign Minister Jean Louis Barthou put it in May 1934. Its purpose was to 'counter-balance the campaign launched by Germany following the Treaty of Versailles'. In Vienna, as Ludwig Bittner, co-editor of the eight-volume collection Osterreich-Ungarns Aussenpolitik, pointed out in 1926, the aim was to produce an authoritative source edition before some international body — the League of Nations perhaps? — forced the Austrian government into publication under less auspicious circumstances. The early Soviet documentary publications were motivated in part by the desire to prove that the war had been initiated by the autocratic Tsar and his alliance partner, the bourgeois Raymond Poincare, in the hope of de-legitimizing French demands for the repayment of prewar loans. Even in Britain, where British Documents on the Origins of the War was launched amid high-minded appeals to disinterested scholarship, the resulting documentary record was not without tendentious omissions that produced a somewhat unbalanced picture of Britain's place in the events preceding the outbreak of war in 1914. In short, the great European documentary editions were, for all their undeniable value to scholars, munitions in a 'world war of documents', as the German military historian Bernhard Schwertfeger remarked in a critical study of 1929.

The memoirs of statesmen, commanders and other key decisionmakers, though indispensable to anyone trying to understand what happened on the road to war, are no less problematic. Some are frustratingly reticent on questions of burning interest. To name just a few examples: the Reflections on the World War published in 1919 by German Chancellor Theobald von Bethmann Hollweg has virtually nothing to say on the subject of his actions or those of his colleagues during the July Crisis of 1914; Russian Foreign Minister Sergei Sazonov's political memoirs are breezy, pompous, intermittently mendacious and totally uninformative about his own role in key events; French President Raymond Poincare's ten-volume memoir of his years in power is propagandistic rather than revelatory – there are striking discrepancies between his 'recollections' of events during the crisis and the contemporary jottings in his unpublished diary. The amiable memoirs of British Foreign Secretary Sir Edward Grey are sketchy on the delicate question of the commitments he had made to the Entente powers before August 1914 and the role these played in his handling of the crisis.

When the American historian Bernadotte Everly Schmitt of the University of Chicago travelled to Europe in the late 1920s with letters of introduction to interview former politicians who had played a role in events, he was struck by the apparently total immunity of his interlocutors to self-doubt. (The one exception was Grey, who 'spontaneously remarked' that he had made a tactical error in seeking to negotiate with Vienna through Berlin during the July Crisis, but the misjudgement alluded to was of subordinate importance and the comment reflected a specifically English style of mandarin self-deprecation rather than a genuine concession of responsibility.) There were problems with memory, too. Schmitt tracked down Peter Bark, the former Russian minister of finance, now a London banker. In 1914, Bark had participated in meetings at which decisions of momentous importance were made. Yet when Schmitt met him, Bark insisted that he had 'little recollection of events from that era'. Fortunately, the former minister's own contemporary notes are more informative. When the researcher Luciano Magrini travelled to Belgrade in the autumn of 1937 to interview every surviving figure with a known link to the Sarajevo conspiracy, he found that there were some witnesses who attested to matters of which they could have no knowledge, others who 'remained dumb or gave a false account of what they know', and others again who 'added adornments to their statements or were mainly interested in self-justification'.