From Beethoven to Woody Allen, from Leo Tolstoy to Charles Dickens and John Updike, here are artists on how they create (and avoid creating) their works. Writers, composers, painters, choreographers, playwrights, philosophers, caricaturists, comedians, poets, sculptors and scientists consider how they work in letters, diaries and interviews compiled and edited by Mason Currey. 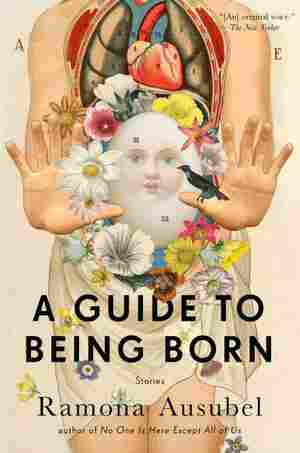 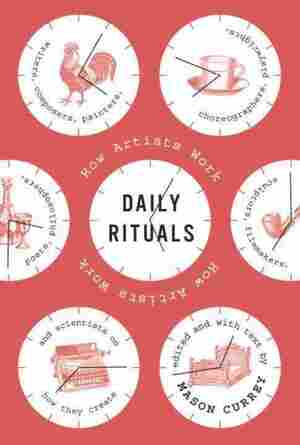 April 30, 2013 • How do creative geniuses do what they do? Daily Rituals, which assembles the working regimens of 161 artists and thinkers into a lean, engaging volume, makes one thing clear: There's no such thing as the way to create good work, but all the greats have their way — and some are spectacularly weird. 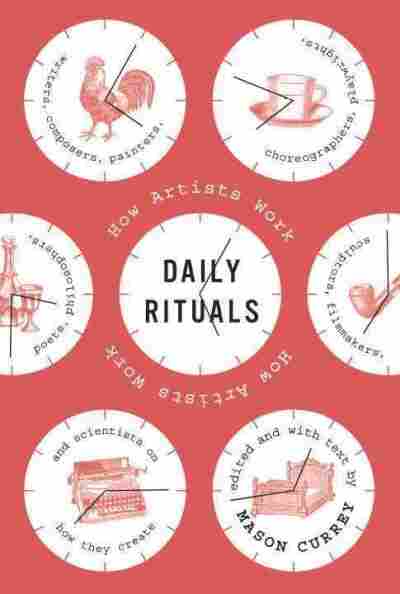 Nearly every weekday morning for a year and a half, I got up at 5:30, brushed my teeth, made a cup of coffee, and sat down to write about how some of the greatest minds of the past four hundred years approached this exact same task — that is, how they made the time each day to do their best work, how they organized their schedules in order to be creative and productive. By writing about the admittedly mundane details of my subjects' daily lives — when they slept and ate and worked and worried — I hoped to provide a novel angle on their personalities and careers, to sketch entertaining, small- bore portraits of the artist as a creature of habit. "Tell me what you eat, and I shall tell you what you are," the French gastronome Jean Anthelme Brillat-Savarin once wrote. I say, tell me what time you eat, and whether you take a nap afterward.

In that sense, this is a superficial book. It's about the circumstances of creative activity, not the product; it deals with manufacturing rather than meaning. But it's also, inevitably, personal. (John Cheever thought that you couldn't even type a business letter without revealing something of your inner self — isn't that the truth?) My underlying concerns in the book are issues that I struggle with in my own life: How do you do meaningful creative work while also earning a living? Is it better to devote yourself wholly to a project or to set aside a small portion of each day? And when there doesn't seem to be enough time for all you hope to accomplish, must you give things up (sleep, income, a clean house), or can you learn to condense activities, to do more in less time, to "work smarter, not harder," as my dad is always telling me? More broadly, are comfort and creativity incompatible, or is the opposite true: Is finding a basic level of daily comfort a prerequisite for sustained creative work?

I don't pretend to answer these questions in the following pages — probably some of them can't be answered, or can be resolved only individually, in shaky personal compromises — but I have tried to provide examples of how a variety of brilliant and successful people have confronted many of the same challenges. I wanted to show how grand creative visions translate to small daily increments; how one's working habits influence the work itself, and vice versa.

The book's title is Daily Rituals, but my focus in writing it was really people's routines. The word connotes ordinariness and even a lack of thought; to follow a routine is to be on autopilot. But one's daily routine is also a choice, or a whole series of choices. In the right hands, it can be a finely calibrated mechanism for taking advantage of a range of limited resources: time (the most limited resource of all) as well as willpower, self- discipline, optimism. A solid routine fosters a well- worn groove for one's mental energies and helps stave off the tyranny of moods. This was one of William James's favorite subjects.
He thought you wanted to put part of your life on autopilot; by forming good habits, he said, we can "free our minds to advance to really interesting fields of action." Ironically, James himself was a chronic procrastinator and could never stick to a regular schedule (see page 80).

As it happens, it was an inspired bout of procrastination that led to the creation of this book. One Sunday afternoon in July 2007, I was sitting alone in the dusty offices of the small architecture magazine that I worked for, trying to write a story due the next day. But instead of buckling down and getting it over with, I was reading The New York Times online, compulsively tidying my cubicle, making Nespresso shots in the kitchenette, and generally wasting the day. It was a familiar predicament. I'm a classic "morning person," capable of considerable focus in the early hours but pretty much useless after lunch. That afternoon, to make myself feel better about this often inconvenient predilection (who wants to get up at 5:30 every day?), I started searching the Internet for information about other writers' working schedules. These were easy to find, and highly entertaining. It occurred to me that someone should collect these anecdotes in one place — hence the Daily Routines blog I launched that very afternoon (my magazine story got written in a last- minute panic the next morning) and, now, this book.

The blog was a casual affair; I merely posted descriptions of people's routines as I ran across them in biographies, magazine profiles, newspaper obits, and the like. For the book, I've pulled together a vastly expanded and better-researched collection, while also trying to maintain the brevity and diversity of voices that made the original appealing. As much as possible, I've let my subjects speak for themselves, in quotes from letters, diaries, and interviews. In other cases, I have cobbled together a summary of their routines from secondary sources. And when another writer has produced the perfect distillation of his subject's routine, I have quoted it at length rather than try to recast it myself. I should note here that this book would have been impossible without the research and writing of the hundreds of biographers, journalists, and scholars whose work I drew upon. I have documented all of my sources in the Notes section, which I hope will also serve as a guide to further reading.

Compiling these entries, I kept in mind a passage from a 1941 essay by V. S. Pritchett. Writing about Edward Gibbon, Pritchett takes note of the great English historian's remarkable industry — even during his military service, Gibbon managed to find the time to continue his scholarly work, toting along Horace on the march and reading up on pagan and Christian theology in his tent. "Sooner or later," Pritchett writes, "the great men turn out to be all alike. They never stop working. They never lose a minute. It is very depressing."

What aspiring writer or artist has not felt this exact sentiment from time to time? Looking at the achievements of past greats is alternately inspiring and utterly discouraging. But Pritchett is also, of course, wrong. For every cheerfully industrious Gibbon who worked nonstop and seemed free of the self- doubt and crises of confidence that dog us mere mortals, there is a William James or a Franz Kafka, great minds who wasted time, waited vainly for inspiration to strike, experienced torturous blocks and dry spells, were racked by doubt and insecurity. In reality, most of the people in this book are somewhere in the middle — committed to daily work but never entirely confident of their progress; always wary of the one off day that undoes the streak. All of them made the time to get their work done. But there is infinite variation in how they structured their lives to do so.

This book is about that variation. And I hope that readers will find it encouraging rather than depressing.
Writing it, I often thought of a line from a letter Kafka sent to his beloved Felice Bauer in 1912. Frustrated by his cramped living situation and his deadening day job, he complained, "time is short, my strength is limited, the office is a horror, the apartment is noisy, and if a pleasant, straight-forward life is not possible then one must try to wriggle through by subtle maneuvers." Poor Kafka! But then who among us can expect to live a pleasant, straightforward life? For most of us, much of the time, it is a slog, and Kafka's subtle maneuvers are not so much a last resort as an ideal. Here's to wriggling through.

"Routine, in an intelligent man, is a sign of ambition," Auden wrote in 1958. If that's true, then Auden himself was one of the most ambitious men of his generation. The poet was obsessively punctual and lived by an exacting timetable throughout his life. "He checks his watch over and over again," a guest of Auden's once noted. "Eating, drinking, writing, shopping, crossword puzzles, even the mailman's arrival — all are timed to the minute and with accompanying routines." Auden believed that a life of such military precision was essential to his creativity, a way of taming the muse to his own schedule. "A modern stoic," he observed, "knows that the surest way to discipline passion is to discipline time: decide what you want or ought to do during the day, then always do it at exactly the same moment every day, and passion will give you no trouble."

Auden rose shortly after 6:00 a.m., made himself coffee, and settled down to work quickly, perhaps after taking a first pass at the crossword. His mind was sharpest from 7:00 until 11:30 a.m., and he rarely failed to take advantage of these hours. (He was dismissive of night owls: "Only the 'Hitlers of the world' work at night; no honest artist does.") Auden usually resumed his work after lunch and continued into the late afternoon. Cocktail hour began at 6:30 sharp, with the poet mixing himself and any guests several strong vodka martinis. Then dinner was served, with copious amounts of wine, followed by more wine and conversation. Auden went to bed early, never later than 11:00 and, as he grew older, closer to 9:30.

To maintain his energy and concentration, the poet relied on amphetamines, taking a dose of Benzedrine each morning the way many people take a daily multivitamin. At night, he used Seconal or another sedative to get to sleep. He continued this routine — "the chemical life," he called it — for twenty years, until the efficacy of the pills finally wore off. Auden regarded amphetamines as one of the "labor- saving devices" in the "mental kitchen," alongside alcohol, coffee, and tobacco — although he was well aware that "these mechanisms are very crude, liable to injure the cook, and constantly breaking down."

Excerpted from Daily Rituals by Mason Currey. Copyright 2013 by Mason Currey. Excerpted by permission of Knopf, a division of Random House, Inc. All rights reserved. No part of this excerpt may be reproduced or reprinted without permission in writing from the publisher.