Low-priced clothing is what Elizabeth Cline calls "fast fashion": clothes made on the cheap for big chains like H&M or Zara. Customers wear them and discard them, buying new clothes to match new trends and dropping the old like they're disposable products. In Overdressed, Cline reports on how the globalization of the garment industry has led to cheap products in the U.S. but human rights violations and environmental damage elsewhere in the world. She also documents her transformation into a conscientious consumer — one who resoles shoes and shops for local, sustainable clothing. 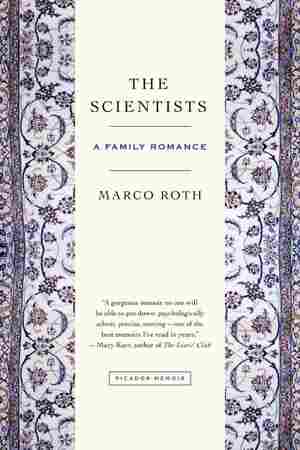 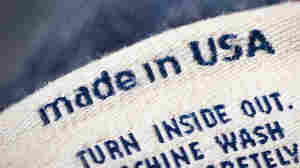 May 2, 2013 • Since a garment factory collapsed last month in Dhaka, killing more than 400 people, ethical fashion has been in the spotlight. Elizabeth Cline, author of Overdressed: The Shockingly High Price of Cheap Fashion, explains the economy that created this tragedy and what we can do to fix it.

The workday begins early at Alta Gracia, a garment factory lo­cated in the rolling hills north of Santo Domingo, Dominican Republic. The factory trainer, Julio Cesar Sanchez, asked me, "Have you ever sewn before?" Un poquito, I told him in my high school remnants of Spanish. I realized he wanted to know if I've ever sewn an entire garment together. The answer, as for most Americans of my generation, is no.

Julio was training me with the intensity he would use on a new hire. "Look, you're getting better," Julio said, proudly. By the time people were popping out of their chairs for lunch, the rest of the sewing machine operators were halfway through producing their flabbergasting 1,300-shirt quota for the day.

Alta Gracia is not a typical garment factory. It is owned and operated by an American company — South Carolina–based Knights Apparel, the leading producer of college-logo clothing sold at American universities. Knights supports the labor union, and The Worker Rights Consortium, an independent labor group that works with factory on an almost daily basis to verify that the company's standards are met. It is one of the only factories in the developing world where its employees aren't just paid the legal minimum. Its workers earn three-and-a-half times the Dominican minimum wage, roughly $2.83 an hour or $500 a month. This type of pay structure is known as a "living wage." Instead of trapping garment workers in a hand- to-mouth existence, a living wage allows factory workers to achieve longer-term goals and invest in their children's futures.

At five on the nose, everyone at Alta Gracia filed out of the factory in a flurry of chatter. A lanky young woman named Patricia invited me over to her house after work. Patricia used to work at BJ&B, the factory that formerly occupied the building where Alta Gracia now operates. When the factory closed, the village of Alta Gracia became a ghost town. There was 95 percent unemployment, according to Knights Ap­parel President Donnie Hodge.

"I saved the envelope from the first time I got paid," Patricia told me. I was invited over to Kuki's house next. I asked Kuki, carefully, about the elephant in the room. Her livelihood de­pended on American consumers buying the clothes that Alta Gracia makes. Does this cross her mind? "Yeah, it worries me," she said. She crossed her hands and told me soberly, "But I have faith that it will work."

From a business standpoint, it's an enormous risk. Because of the Dominican Republic's higher energy and labor costs, Hodge says that making a T-shirt there costs the company an estimated ten percent more than it might in Asia. Hodge says that consistent pressure from the American college community is what motivated the com­pany to open the factory, in addition to a personal commitment from himself and Knights CEO Joseph Bozich. "It sounds corny, but we have a different viewpoint from some people when it comes to corpo­rate responsibility and what you should and shouldn't do," says Hodge.

Knights Apparel is trying to acclimate consumers to a living wage product by offering it at a similar price as their competitors. "We could have said let's retail our shirts at $28 and recovered all of our costs and made the same margin that we make on other stuff, but we do not do that," Hodge told me. In­stead, their T-shirts retail for $18, a price similar to Nike and Reebok's collegiate lines. Alta Gracia products have the WRC's certification sewn in, as well as a hangtag explaining the Alta Gracia story.

"Our success will be completely determined by whether people are willing to buy the product," admits Hodge, who says he often loses sleep picturing the day when he might have to stand in front of the Alta Gracia staff and tell them their project had failed.

Garment workers overseas are still only earning about 1 percent of the retail price of the clothing they pro­duce. The Worker Rights Consortium has found that garment worker wages could be doubled or even tripled with little or no increase for Ameri­can consumers. Clothing companies have enjoyed decades of cheap foreign labor and the resulting profits, but what exactly are the tangible benefits to us, the American consumer? We own more clothes than we can wear, the quality and craftsmanship of our wardrobes is at an all-time low, and the U.S. manufacturing base can't compete on wages with the developing world, costing our country countless jobs. One of the tools we have to change these dynamics is to not just demand that clothing companies stop using sweatshops, but to demand they pay those who make our clothes a living wage. It's achievable, and the benefits would be far-reaching.