The PEN/Faulkner Award-winning author of The Great Man builds on her popular food-centric blog to recount her unconventional upbringing and her unusually happy and occasionally sorrowful life of literary and culinary sensuality. 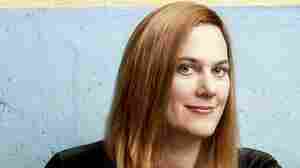 July 10, 2013 • Novelist Kate Christensen makes a plot line of her own life in a memoir that describes her struggles to come to terms with her family, her relationships and her sometimes violent father. A passionate lover of food, Christensen weaves recipes into a story of survival. 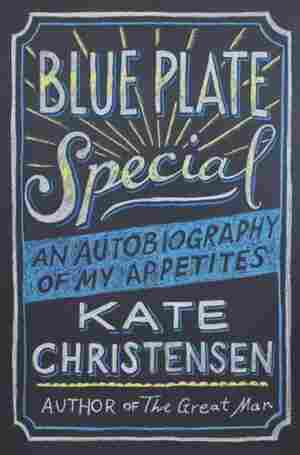 July 9, 2013 • Novelist Kate Christensen has written a food memoir like no other. Although the author's food writing is enchanting, says reviewer Maria Russo, the sloppy, thrilling, innovative Blue Plate Special isn't really about food. It's more concerned with the heartbreak that shapes a creative life. 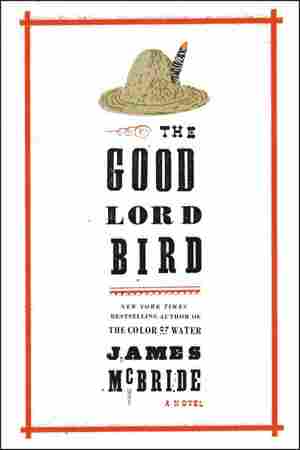 Often, whenever I come up against anything painful or difficult, my mind escapes to food. I am sure I am far from alone in this. Even if I'm too upset to eat, just the thought of a grilled-cheese sandwich and a bowl of tomato soup is warm and cozy and savory and simple. Unlike memories, emotions, experiences, food is an irrefutable fact, a bit of physical nourishment, and when it's gone, it's gone.

During the worst dark nights of the soul, my smaller failings rise up one by one in a chorus of metallic voices: that unwritten obligatory important letter, my tipsy, laughing, unintentional, klutzy faux pas booming into a sudden silence, the failure to speak when speaking would have helped someone...

These things are much worse to recall than any of my gigantic, life-changing mistakes. Those are boulders too big to see all at once, hulking, unmoving, and strangely safe, whereas the little things generate a cascade that turns into an avalanche. They're all attached to one another somehow, neurochemically, so that remembering just one of them sets off a chain reaction sparking all the way back through the decades with increasing centrifugal urgency until I've looped through my entire life, all the way back to the first one, which now seems worse than ever in light of all the others.

Evidently, my mind wants to whirl and foment and obsess in those dark little hours when there's nothing to distract it from its own petty storms. But sometimes, if I start to picture what's downstairs in the kitchen cupboards and fridge and those bowls on the counter, and try to piece everything together in a series of interesting meals, and fill in any gaps with a mental grocery list, it turns into a fun, riveting game so engaging I forget what a horrible person I am and fixate instead on the far more relevant question of what I plan to cook and eat in the near future. Let's say, hypothetically, that there's some goat cheese downstairs, plus a butternut squash, some red onions, ginger, garlic. Also, there are some apples... a box of chicken broth... pine nuts...

Before I know it, I'm asleep again.

My love of food was slow to ignite, but when it did, the year I turned eight, it exploded into one of the great passions of my life, along with writing (alcohol and sex came later, of course). This was exciting, but it also brought the usual perils that threaten any avid eater.

Food can be dangerous. For the un-integrated person, someone hiding a deep, essential truth from herself, or someone in the grip of emotions almost too strong to tolerate, all of which have been me at various times, it can cause trouble, and I don't just mean indigestion. Food is not a means toward resolution. It can't cure heartbreak or solve untenable dilemmas. Maybe for this reason, food often feels meaningless in times of true emotional duress. When I'm in the grip of some sort of extreme — depression, mania, heartbreak, crisis — I can't eat. When I'm so full of yearning I think I might implode, or when there's so much trouble in my life, I can't see a way out, food overwhelms me — my soul has become so splayed open that to eat might be to disintegrate from overload.

Food is a subterranean conduit to sensuality, memory, desire, but it opens the eater to all of it without changing anything. If carnality is what you're after, there's a danger of increased frustration in the seductive, savory earthiness of a plate of spinach ravioli with sage butter: food can do many things, but it can't substitute for sex. If you're seized with terrible, unprintable rage toward someone you love, a ripe, velvety avocado can send you over the edge with its innocent-bystander meekness.

To taste fully is to live fully. And to live fully is to be awake and responsive to complexities and truths — good and terrible, overwhelming and minuscule. To eat passionately is to allow the world in; there can be no hiding or sublimation when you're chewing a mouthful of food so good it makes you swoon.

I began with eating and moved on to cooking just as I began with reading and moved on to writing. I was very lonely for most of my life until the past few years, and this loneliness was assuaged, as it so often is, with reading and writing, cooking and eating. These were most often solitary pleasures for me. The company of other people, the vicissitudes of romantic relationships, or just being out in the world, have often made me feel anxious, uncomfortable, judged, shy, or misunderstood, and fundamentally unconnected to myself, the truest cause of loneliness. Eating a good meal, like reading a satisfying novel, has returned me to myself during times when this disconnect was a profound internal chasm.

Through the years, I've published six novels, all of which engage in some way with the same themes — struggling, loneliness, floundering, and excess, as well as food, love, art, marriage, and family. All of my novels are about, in one way or another, people whose lives are changing whether they like it or not, people who are faced with some degree of external crisis and have to scramble to deal with it. My protagonists are men and women, young and old, but they all share this in common. The older I get, the more my own life feels implicated in my own novels, and the clearer it is to me that all of their concerns come directly from my own experiences.

In recent years, my life has started to intrude on my writing. It first announced itself as a subject quietly but insistently, as subjects will if you let them, the way a cat might sit on a book you're trying to read. Finally, a year ago, as my 50th birthday approached, I gave in, put aside the novel I was working on and, out of nowhere, for the first time, started to write short essays about my life — ostensibly centered on food as a lifelong passion and favorite pastime, but in a deeper way, addressing my own experiences and memories. These essays emerged naturally, almost as if I were transcribing rather than writing them. Not for many years had my work felt so urgent, effortless, and fun. I posted them online, one by one, as a blog, in order to connect with readers, even if they were just my mother and a few friends. To my happy surprise, more and more people began reading these essays until I became aware of a growing readership and understood from their responses that I was offering comfort, somehow, simply by revealing certain truths about my own life.

It finally dawned on me, after a few months, that this of course was my next book. And so I set about writing down my own chronology, a sort of autobiography, through which run the currents that have preoccupied me all of my life. I wanted to account for them, to trace them back all the way to the beginning and watch them twist together through time, all the way to the present. I wrote out of a feeling of "strong emotion recollected in tranquility," as Wordsworth famously described his own writing.

Writing this book has felt in some way like an offering of thanks, the way I might cook a meal in gratitude for having been nourished. During dark, lonely periods in my life, of which there have been many, I have derived a great deal of solace from books by the likes of MFK Fisher, Julia Child, Nicolas Freeling, and Laurie Colwin. I've been as nourished by their warm generosity on the page, their revelations about food and their own lives, as I would have been if they'd cooked me feasts.

The impulse to write comes, for me, directly from reading good books just as the urge to cook comes from eating good food. And the coincidence of food and language is as excellent and reassuring a combination as any other I've ever found. My favorite writing about food, like my favorite food, is plain and unfussy: clear, declarative sentences with a strong undercurrent of feeling, a soulful, hearty meal, nothing fancy, nothing pretentious, nothing but a blue plate special.

Dark Night of the Soul Soup

Peel, core, and chop a small butternut squash and three apples into bite-sized pieces. Peel and cut up a red onion. Coarsely chop a knob of ginger and peel 8 cloves of garlic. Roast everything in peanut oil on a cookie sheet for 40 minutes or so at 375 degrees, or until everything softens and caramelizes. Puree with enough chicken broth to make a thick soup, adding half and half as desired. Salt and pepper to taste. Heat in a saucepan. Serve in large shallow soup bowls with goat cheese and toasted pine nuts on top.