The murder of a Toronto radio host's wife engulfs the lives of cops, lawyers, and a journalist in this sprawling legal thriller. 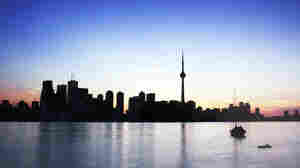 From the Toronto Islands, one of many real-life Toronto locales in Robert Rotenberg's legal thrillers, visitors have a clear view of the city's skyline. Sean Dawsean/via Flickr hide caption

July 1, 2013 • Lawyer turned author Robert Rotenberg takes great pains to re-create the relatively calm atmosphere of Canadian courtrooms in his suspense novels. But not all of his characters play by the rules. "Well, they are murder mysteries," he says. 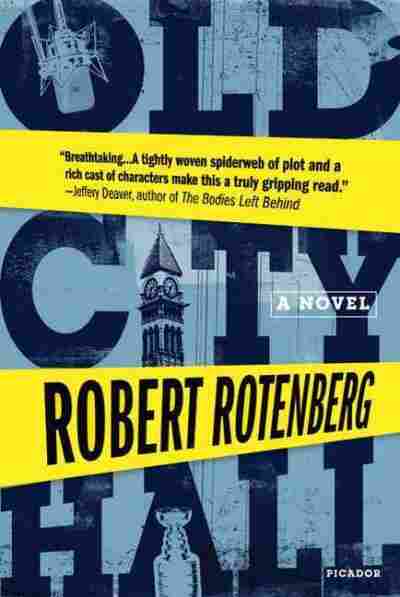 Much to the shock of his family, Mr. Singh rather enjoyed delivering newspapers. Who would have thought that Gurdial Singh, former chief engineer for Indian Railways, the largest transportation company in the world, would be dropping newspapers at people's doors commencing at 5:05 each morning. He didn't need to work. But since coming to Toronto four years earlier, he had absolutely insisted on it. No matter that he was turning seventy-four years old on Thursday next. Yes, it was a silly little job, Mr. Singh was forced to concede to his wife, Bimal, and their three daughters, but he liked it.

That's why Mr. Singh was humming an old Hindi tune to himself as he walked briskly through the early-winter darkness on a cold Monday morning, the seventeenth of December.

He entered the marble-appointed lobby of the Market Place Tower, a luxury condominium on Front Street, and gave a friendly wave to Mr. Rasheed, the night concierge. The Globe and Mail newspapers were neatly stacked just inside the door beside a diminutive plastic Christmas tree. How strange, in a country covered in forests, that they would use plastic trees, Mr. Singh thought as he hitched up his gray flannel pants and bent down to cut the binding cord with his pocketknife. He sorted the papers into twelve piles, one for each floor on his route. It had been easy to memorize which residents took a paper, and it was a simple matter to walk down the deserted hallways and drop one squarely at each door.

The solitude was very nice. So unlike the clutter of Delhi. When he arrived at the top floor, Mr. Singh knew he would see the one person who was always awake. Mr. Kevin something. Mr. Singh could never remember Mr. Kevin's last name, even though the gentleman was one of the most famous people in Canada. There he would be, in his shabby bathrobe, a cigarette cupped in his right hand, a mug of tea in his left, scratching his gray beard with his shoulder, anxiously awaiting his morning paper.

Mr. Kevin was the host of a morning radio show that was broadcast across the country. Mr. Singh had tried to listen to it afew times, but it was just a lot of chatter about fishing in Newfoundland, fiddle music in the Ottawa Valley, and farming on the prairies. These Canadians were funny people. Most of them lived in cities, but all they seemed to discuss was the countryside.

Mr. Kevin, despite his unkempt appearance, was very much a gentleman. Rather shy. Mr. Singh enjoyed the ritual conversation they had each morning.

"Good morning, Mr. Kevin," Mr. Singh always said in reply. "And how is your beautiful wife?"

"More beautiful than ever, Mr. Singh," Mr. Kevin would say. Putting the cigarette in his mouth, he'd open his palm and pass an orange slice over to Mr. Singh.

They'd then follow up with a short discussion about gardening or cooking or tea. Despite all he must have had on his mind, Mr. Kevin never seemed rushed. It was simply courteous and respectful conversation at an ungodly hour. Quite civilized.

It took the usual twenty-five minutes for Mr. Singh to methodically work his way up to the twelfth floor. There were only twosuites on the top floor. Mr. Kevin's suite, 12A, was to the left, around the bend, near the end of a long corridor. The resident to the right, an older lady who lived alone, took the other paper, which he always delivered last.

Mr. Singh arrived at Mr. Kevin's door, and as usual it was halfway open. But there was no sign of Mr. Kevin. I could just leave the newspaper here, Mr. Singh thought. Then he'd miss their daily conversation.

He waited for a moment. Of course, he could not knock, that would be highly improper. Humming louder, he shuffled his feet, hoping to make enough noise to announce his arrival. Still, no one came.

He hesitated. It was the engineer in him. He liked routine. Order. He remembered the day his eleventh-form mathematics teacher taught the class that there was no such thing as parallel lines. That because the earth was round, any two parallel lines would eventually meet. Mr. Singh didn't sleep for a week.

There was a noise from inside the apartment. An odd, hollow sound. That was strange. Then a door closed. Good, he thought as he waited. But there was silence again. Maybe he should leave.

Instead, he took Mr. Kevin's newspaper and dropped it onto the parquet floor just outside the door. It landed with a loud smack, which he hoped would signal his presence in the doorway. He'd never done anything like this before.

There was another noise inside. Distant. Were they footsteps? What should he do? He certainly could not enter.

Mr. Singh waited. For the first time, he looked down at the front page of the newspaper. There was a picture of an ice hockey player raising his arms in the air and a story about the local team, the Toronto Maple Leafs. How odd that the name was misspelled: Leafs and not Leaves. And the color of the leaf on the jersey was blue. Mr. Singh had seen lovely red and yellow maple leaves. But never a blue one.

At last he heard footsteps approaching the door. Mr. Kevin came into the hallway, wearing his usual bathrobe, and opened the door all the way. Mr. Singh heard a soft tap as it rested on the door stopper.

But where was his cigarette? His tea? Mr. Kevin was looking at his hands. Rubbing his fingers. Mr. Singh noticed something red on his fingertips.

He had a pleasant thought. Blood oranges. He so loved to eat them back home, and he'd recently found that they arrived in Canadian stores this time of year. Had Mr. Kevin been cutting one?

Mr. Kevin raised his hands to the light. Mr. Singh could see the red liquid clearly now. It was thick and heavy, not thin like juice from an orange.

Mr. Singh opened his mouth to speak. But before he could say a word, Mr. Kevin leaned closer. "I killed her, Mr. Singh," he whispered, "I killed her."

Excerpted from Old City Hall by Robert Rotenberg. Copyright 2009 by Robert Rotenberg. Published in 2009 by Farrar, Straus and Giroux, LLC. All rights reserved. This work is protected under copyright laws and reproduction is strictly prohibited. Permission to reproduce the material in any manner or medium must be secured from the Publisher.