Mark Kurlansky traces the meteoric popularity of the iconic song by Marvin Gaye, Mickey Stevenson and Ivy Jo Hunter against a backdrop of the Mississippi Freedom Summer of 1964, exploring how the song's multiple meanings rendered it an activist anthem.

NPR stories about Ready for a Brand New Beat 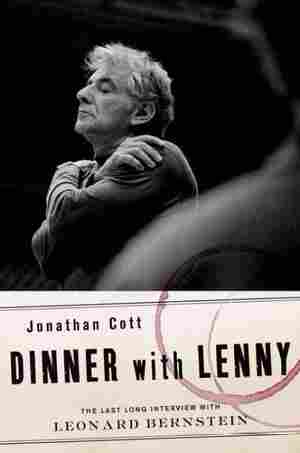 Of Ingenuity And Insane Clown Posse: 5 Books On Music

August 8, 2013 • A lengthy interview with Leonard Bernstein. One man's quest to understand obsessive Phish fandom. A look at the life of a jazz legend. We survey these and other highlights of music-themed books worth reading this summer. 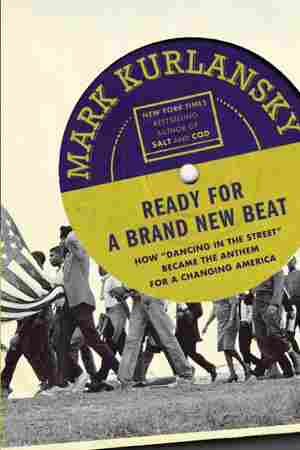 July 12, 2013 • Mark Kurlansky's Ready for a Brand New Beat chronicles the spectacular success of the 1964 Motown hit "Dancing in the Street." Reviewer Cord Jefferson says that while much of the book feels like filler, it sings when Kurlansky examines all the controversy one song created.

July 7, 2013 • Mark Kurlansky's book Ready for a Brand New Beat is a history of the song "Dancing in the Street." It was the soundtrack for the summer of 1964, when race riots and war protests spread across the United States.

Summer's here and everything is about to change. Although the United States is not yet in full-scale combat in Vietnam, there are some troops there, and on May 27 President Lyndon Johnson said to his close friend Senator Richard Russell of Georgia, then chairman of the Senate Armed Services Committee, in a conversation that he secretly recorded, "We're in the quicksand up to our necks, and I just don't know what the hell to do about it."

Other invasions are in the works. The Student Nonviolent Coordinating

Committee, a vanguard of the civil rights movement, had begun what they called "the Mississippi Summer Project," but it became famously known as "the Mississippi Freedom Summer." SNCC had gathered hundreds of volunteers, mostly college students, black and white, on a college campus in Oxford, Ohio; trained them in the tactics of engaged nonviolence, which included such skills as how to act while someone is beating you; and were now sending them to penetrate the heart of segregation, rural Mississippi, and register black voters. In Mississippi villages, so-called klaverns of the White Knights of the Ku Klux Klan were reviving, and preparing to meet "the nigger-Communist invasion of Mississippi" with raw violence. Three volunteers for the Summer Project are missing, and President Johnson, under intense public pressure, has sent thousands of federal agents to Mississippi to look for their bodies. The grim hunt is occupying the front pages of most newspapers.

A group of academics, including Clark Kerr, president of the University of California at Berkeley, are off to travel to Russia, Poland, Czechoslovakia, and Yugoslavia for a series of discussions on the crumbling Soviet bloc. Kerr is not thinking about things crumbling at home as well, and in fact has said that the current college generation is "easy to handle." After the summer he would return to student demonstrations on his campus that would alter his assessment.

This is an election year, and this summer there will be party conventions that will change the American political landscape. Even as the now almost-twenty-year-old nonviolent civil rights movement is having its most dramatic summer, another kind of black voice is emerging: At the same time that Martha Reeves is heading into her recording studio, in June 1964, in another week Malcolm X, a dissident voice with a growing following in Detroit and other cities, will declare, "We want freedom by any means necessary."

Another invasion, the British Invasion, is already under way. In February, four Liverpudlians rushed through America on a one-week, three-city tour. They appeared on Ed Sullivan's popular television variety show. It was the biggest coup for the tight-shouldered host in a suit since he had brought on Elvis Presley in September 1956. With songs such as "She Loves You" and "I Want to Hold Your Hand" — songs that seem adolescent when compared to the heart-wrenching rhythm & blues from Detroit — they seem to have won over huge numbers of teenagers. More and more teenage boys are showing up with dark, collarless sport jackets that make them look like waiters, their hair seemingly trimmed with a salad bowl over their head, in a style weirdly reminiscent of Moe from the Three Stooges.

The four were to return for a far bigger tour that summer, but before they landed in August, another group, the Rolling Stones, arrived for a tour in June. More and more British groups are coming, and a country that only a few years before had so few rock concerts that young people went to American rock 'n' roll movies instead is now starting to dominate American music.

Black-owned Motown, in Detroit, would be one of the few companies to withstand the Anglophile encroachment and produce top American hits. But Motown's success, with a bunch of untried black kids from inner-city Detroit, had been as improbable as that of the Beatles in Liverpool. Since the birth of rock 'n' roll in the 1950s, popular music has been a field that offers enormous stardom, and it is seemingly and excitingly unpredictable whom the young public will choose. A man in ringlets and mascara calling himself Little Richard; a wild-looking black man named Chuck Berry, who hopped around the stage madly; an even wilder Texas redneck named Jerry Lee Lewis, who could play the piano with his feet — who could say who the next star would be, or the next big hit?

America is about to change, but for very different reasons, so is the life of Martha Reeves. Living with her mother and father and ten siblings in the two-story wooden Eastside house that her father had bought with earnings from his job with the city water company, Martha will soon turn twenty-three years old. It has been only three years since she gave up her job with a dry cleaner. She has now had three Top 40 hits with her group, the Vandellas. In fact, she is a famous R&B singer not only in the black world but on the white charts as well, reaching number 4. People who know popular music know who Martha Reeves is. She is one of the top recording stars of the now very hot Motown studios.

But to her this is still new and strange. Growing up, she knew that she was a good singer and a gifted musician. Her family told her so, and so did her teachers. But being famous was never something she had seen in her future. A few years later, black Detroit high school kids would dream of going to Motown and becoming famous, but when Martha was in high school, such things did not happen.

Now, despite her fame and her three hit records, she is taking the bus across Woodward Avenue to that warm family-like studio that felt like her second home, the little place that has made her famous.

As far as she knows, the studio has no new song lined up for her at the moment. She is between records, so she is going there to get instructions that will improve her act. On this particular day Martha is going to the studio to see Maxine Powell, a tiny woman who had a finishing school and advises Martha and other Motown singers on their public demeanor. She always respectfully calls her "Miss Powell." Sometimes she goes there for music instruction from Maurice King, an old pro from the big band days, whom she always calls "Mr. King." Even though her twenty-third birthday is in a few weeks, in some ways she is still a kid going to school.

She takes the westbound bus on Grand Boulevard. She is not thinking about Vietnam or Mississippi. The conflict she thinks about every time she takes the bus past the country houses and busy factories of Detroit is an ongoing gang war between the Eastside and the Westside. An Eastsider like herself could get beaten up just for crossing Woodward Avenue if she wasn't on the bus.

She gets off the bus deep in the enemy Westside territory and walks into a house about the size of her own, with a hand-painted blue wooden sign on the front that says Hitsville U.S.A. She is in Motown.

She hears that Marvin Gaye is in Studio A recording a song called "Dancing in the Street." She doesn't think much of the song, or at least the title.