Bogota resident Antonio Yammara reflects on a mid-20th-century uprising between Pablo Escobar's drug cartel and government forces that trapped Pablo's community in a nightmarish existence and culminated in a friend's murder.

NPR stories about The Sound of Things Falling 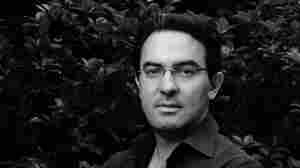 August 21, 2013 • The Sound of Things Falling by Juan Gabriel Vasquez takes readers on a journey through Colombia starting in the late '60s — but it's not your average detective story. Reviewer Rosecrans Baldwin says the real mysteries in the book are in the minds of the characters. 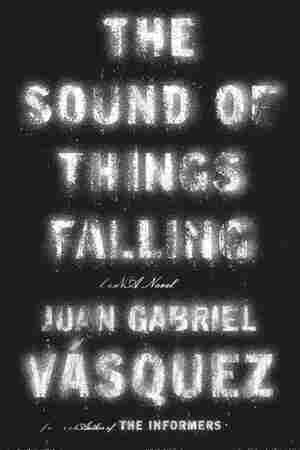 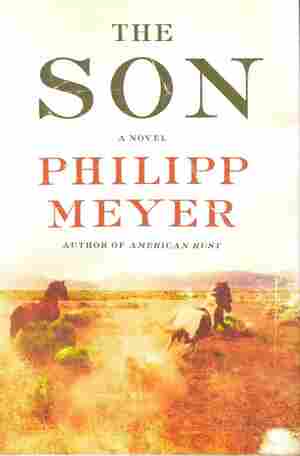 July 9, 2013 • Have you ever found yourself in the library or a bookstore, about to go on vacation, with no idea what books to bring? NPR's Lynn Neary talks to three book critics about the best reads of the summer.

Excerpt: The Sound of Things Falling

The first hippopotamus, a male the color of black pearls, weighing a ton and a half, was shot dead in the middle of 2009. He'd escaped two years before from Pablo Escobar's old zoo in the Magdalena Valley, and during that time of freedom had destroyed crops, invaded drinking troughs, terrified fishermen, and even attacked the breeding bulls at a cattle ranch.

The marksmen who finally caught up with him shot him once in the head and again in the heart (with .375-caliber bullets, since hippopotamus skin is thick); they posed with the dead body, the great dark, wrinkled mass, a recently fallen meteorite; and there, in front of the first cameras and onlookers, beneath a ceiba tree that protected them from the harsh sun, explained that the weight of the animal would prevent them from transporting him whole, and they immediately began carving him up. I was in my apartment in Bogota, two hundred fifty or so kilometers south, when I saw the image for the first time, printed across half a page of a national news magazine. That's how I learned that the entrails had been buried where the animal had fallen, and the head and legs had ended up in a biology laboratory in my city. I also learned that the hippopotamus had not escaped alone: at the time of his flight he'd been accompanied by his mate and their baby — or what, in the sentimental version of the less scrupulous newspapers, were his mate and their baby — whose whereabouts were now unknown, and the search for whom immediately took on a flavor of media tragedy, the persecution of innocent creatures by a heartless system. And on one of those days, while following the hunt in the papers, I found myself remembering a man who'd been out of my thoughts for a long while, in spite of the fact that there had been a time when nothing interested me as much as the mystery of his life.

During the weeks that followed, the memory of Ricardo Laverde went from being a minor coincidence, one of those dirty tricks our minds play on us, to becoming a faithful and devoted, ever-present ghost, standing by my bed while I slept, watching from afar in the daylight hours. On the morning radio programs and the evening news, in the opinion columns that everybody read and on the blogs that nobody read, everyone was asking if it was necessary to kill the lost hippos, if they couldn't round them up, anesthetize them, and send them back to Africa; in my apartment, far from the debate but following it with a mixture of fascination and repugnance, I was thinking more and more intensely about Ricardo Laverde, about the days when we'd known each other, about the brevity of our acquaintance and the longevity of its consequences. While in the press and on the TV screens the authorities listed the diseases that could be spread by an artiodactyl — and they used that word: artiodactyl, new to me — and in the rich neighborhoods of Bogota people wore T‑shirts saying Save the Hippos, in my apartment, on long drizzly nights, or walking down the street toward the city center, I began to think stubbornly about the day Ricardo Laverde died, and even to force myself to remember the precise details. I was surprised by how little effort it took me to summon up the words I had spoken or heard, things I'd seen, pain I'd suffered and now overcome; I was also surprised by the alacrity and dedication we devote to the damaging exercise of remembering, which after all brings nothing good and serves only to hinder our normal functioning, like those bags of sand athletes tie around their calves for training. Bit by bit I began to notice, not without some astonishment, that the death of that hippopotamus put an end to an episode of my life that had begun quite a while ago, more or less like someone coming back home to close a door carelessly left open.

And that's how this story got under way. I don't know what good it does us to remember, what benefits or possible penalties it brings, or how what we've lived through can change when we remember it, but remembering Ricardo Laverde well has become an urgent matter for me. I read somewhere that a man should tell the story of his life at the age of forty, and this deadline is fast approaching: as I write these lines, only a few short weeks remain before this ominous birthday arrives. The story of his life. No, I won't tell my life story, just a few days of it that happened a long time ago, and I'll do so fully aware that this story, as they warn in fairy tales, has happened before and will happen again.

That I'm the one who's ended up telling it is almost beside the point.

The day of his death, at the beginning of 1996, Ricardo Laverde had spent the morning walking the narrow sidewalks of La Candelaria, in the center of Bogota, between old houses with clay roof tiles and unread marble plaques with summaries of historic events, and around one in the afternoon he showed up at the billiards club on 14th Street, ready to play a couple of games with some of the regulars. He didn't seem nervous or disturbed when he started to play: he played with the same cue and at the same table where he always did, the one closest to the back wall, under the television with the sound turned down. He played three games, though I don't remember how many he won and how many he lost, because that afternoon I didn't play with him, but at the next table. I do remember, however, the moment Laverde settled his bets, said good-bye to the other players, and headed for the corner door. He was passing between the first tables, which are usually empty because the neon lights cast strange shadows on the ivory balls in that part of the hall, when he stumbled as if he'd tripped over something. He turned around and came back over to where we were; waited patiently while I finished a series of six or seven cannons that I'd started, and even applauded a three-cushioned one briefly; and then, as he watched me mark my score on the board, he came over and asked me if I might not know where he could borrow a tape machine to listen to a cassette he'd just received. I've often wondered since what would have happened if Ricardo Laverde had asked one of the other billiards players rather than me. But it's a meaningless question, like so much of what we wonder about the past. Laverde had good reasons to choose to ask me. Nothing can change that fact, just as nothing can change what happened afterward.

I had met him at the end of the previous year, a couple of weeks before Christmas. I was about to turn twenty-six, I'd graduated from law school two years earlier, and, although I knew very little about the real world, the theoretical world of legal studies held no secrets for me. After graduating with honors — a thesis on madness as grounds for exemption from legal responsibility in Hamlet: I still wonder today how I got them to accept it, let alone award it a distinction — I had turned into the youngest lecturer ever to teach in the faculty, or that's what my elders had told me when proposing the idea, and I was convinced that being professor of Introduction to Law, teaching the basics of the career to generations of frightened children just out of high school, was the only possible horizon in my life. There, standing in front of a wooden lectern, facing rows and rows of baby-faced and disoriented boys and impressionable, wide-eyed girls, I received my first lessons on the nature of power. I was barely eight years older than these inexperienced students, but between us opened the double abyss of authority and knowledge, things that I had and they, recently arrived in the world, entirely lacked. They admired me, feared me a little, and I realized that one could get used to this fear and admiration, that they were like a drug. I told my students about the spelunkers who were trapped in a cave and after several days began to eat one another to survive: can the Law defend them or not? I told them about old Shylock, about the pound of flesh he wanted, about the astute Portia, who managed to prevent him from taking it with a pettifogging technicality: I enjoyed watching them gesticulate and shout and lose themselves in ridiculous arguments in their attempts to find, in the thicket of the anecdote, the ideas of Law and Justice. After these academic discussions I'd go to the billiards clubs on 14th Street, low-ceilinged places filled with smoke where my other life went on, a life without doctrines or jurisprudence. There, between small bets and coffee with brandy, my day would draw to a close, sometimes in the company of a colleague or two, sometimes with female students who after a few drinks might end up in my bed. I lived nearby, in a tenth-floor apartment where the air was always chilly, where the view of the spiky city of bricks and concrete was always good, where my bed was always open to discussions of Cesare Beccaria's concept of crimes and punishments, or a difficult chapter of Bodenheimer, or even a simple upgrade of a mark by the quickest route. Life, in those days that now seem to have belonged to somebody else, was full of possibilities. The possibilities, as I would later discover, also belonged to somebody else: they were gradually, imperceptibly extinguished, like a tide going out, until they left me with what I am today.