A posthumous novel traces the events of the 20th century through the experiences of Sicilian-born Modesta, who defies the conventions of her fascist, patriarchal society to rise from poverty and marry an aristocrat without compromising her deeply held values.

NPR stories about The Art of Joy 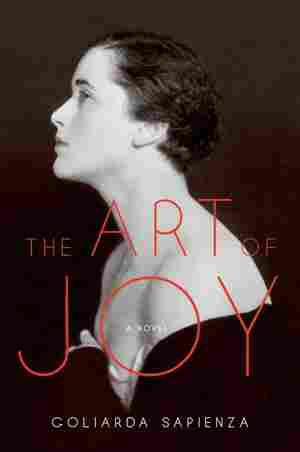 July 31, 2013 • Goliarda Sapienza's sprawling, posthumously published epic, The Art of Joy, follows the life of Modesta, born in Sicily on the first day of the 20th century. Reviewer Maria Russo says the book lacks editing, but that ultimately doesn't matter to a story of such "scale and seductive libertinism."

Excerpt: The Art Of Joy

I'm four or five years old, in a muddy place, dragging a huge piece of wood. There are no trees or houses around. Only me, sweating, as I struggle to drag that rough log, my palms burning, scraped raw by the wood. I sink into the mud up to my ankles but I have to keep tugging. I don't know why, but I have to. Let's leave this early memory of mine just as it is: I don't want to correct or invent things. I want to tell you how it was without changing anything.

So, I was dragging that piece of wood. And after hiding it or leaving it behind, I entered a large opening in the wall, closed off only by a black curtain swarming with flies. Now I'm in the dark room where we slept and where we ate bread and olives, bread and onions. We cooked only on Sundays. My mother is sewing in a corner, her eyes wide in silence. She never speaks, my mother. She either shouts or keeps quiet. Her heavy fall of black hair is matted with flies. My sister, sitting on the ground, stares at her from two dark slits buried in folds of fat. All her life, at least as long as their lives lasted, my sister tracked her constantly, staring at her that way. And if my mother went out — which happened rarely — she had to lock her in the toilet, because my sister wouldn't hear of being separated from her. Locked in that little room my sister would scream, tear her hair and bang her head against the wall until my mother came back, took her in her arms and silently stroked her.

For years I'd heard her scream like that without paying any attention to it, until one day, tired of dragging that wood, lying on the ground hearing her scream, I felt a kind of sweetness spreading through my body. A sweetness that then became shivers of pleasure, so that little by little, I began to hope each day that my mother would go out so that I could listen, ear pressed to the toilet door, and take pleasure from those screams.

When it happened, I would close my eyes and imagine that my sister was tearing her flesh, harming herself. And so, touching myself in the spot where pee-pee comes out, my hands urged on by the screams, I discovered a pleasure greater than that of eating freshly baked bread, or fruit.

My mother said that my sister Tina — 'the cross that God justly sent us because of your father's evil ways' — was twenty years old. But she was only as tall as me, and so fat that, if you could remove her head, she would look like the trunk that Nonno always kept locked. Nonno, who had been a seaman, was 'even more wicked than his son'. I had no idea what a seaman did. Tuzzu said they were men who lived on ships and went to sea ... but what was the sea?

Tina looked just like Nonno's trunk, and when I was bored I would close my eyes and lop off her head. Since she was twenty years old and female, all females at twenty must surely become like her, or like my mother. For males it was different: Tuzzu was tall and had no missing teeth like Tina; his were strong and white, like the summer sky when you get up early to bake bread. His father was like him too: vigorous, with teeth that shone like Tuzzu's when he laughed. He was always laughing, Tuzzu's father. Our mother never laughed, and this too must have been because she was a female. But even though she never laughed and had no teeth, I hoped to turn out like her; at least she was tall and her eyes were large and gentle, and she had black hair. Tina didn't even have hair: just a few thin strands that Mama combed out trying to cover the top of that egg.

The screams have stopped. Mama must be back, hushing Tina by stroking her head. Who knows if Mama too has discovered how much pleasure you can feel by touching yourself in that spot? And Tuzzu, I wonder if Tuzzu knows? He must be harvesting reeds.

The sun is high. I have to go look for him and ask him about this touching, and about the sea too. Will he still be there?

From The Art of Joy by Goliarda Sapienza. Copyright 2008 by Giulio Einaudi. Copyright 2013 by Anne Milano Appel. Excerpted by permission of Farrar, Straus and Giroux.