Jeffrey Lionel Magee, also known as "Maniac Magee," is an orphan and a runaway. He ends up in a small Pennsylvania town torn apart by racial strife, and astounds everyone with his extraordinary athletic feats as he works to heal the painful divide between the town's black and white citizens. 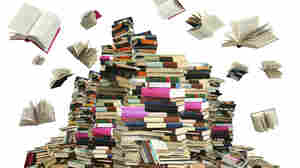 Maniac Magee was not born in a dump. He was born in a house, a pretty ordinary house, right across the river from here, in Bridgeport. And he had regular parents, a mother and a father.

But not for long.

One day his parents left him with a sitter and took the P & W high-speed trolley into the city. On the way back home, they were on board when the P & W had its famous crash, when the motorman was drunk and took the high trestle over the Schuylkill River at sixty miles an hour, and the whole caboodle took a swan dive into the water.

And just like that. Maniac was an orphan. He was three years old.

Of course, to be accurate, he wasn't really Maniac then. He was Jeffrey. Jeffrey Lionel Magee.

Little Jeffrey was shipped off to his nearest relatives, Aunt Dot and Uncle Dan. They lived in Hollidaysburg, in the western part of Pennsylvania.

Aunt Dot and Uncle Dan hated each other, but because they were strict Catholics, they wouldn't get a divorce. Around the time Jeffrey arrived, they stopped talking to each other. Then they stopped sharing.

Pretty soon there were two of everything in the house. Two bathrooms. Two TVs. Two refrigerators. Two toasters. If it were possible, they would have had two Jeffreys. As it was, they split him up as best they could. For instance, he would eat dinner with Aunt Dot on Monday, with Uncle Dan on Tuesday, and so on.

Eight years of that.

Then came the night of the spring musicale at Jeffrey's school. He was in the chorus. There was only one show, and one auditorium, so Aunt Dot and Uncle Dan were forced to share at least that much. Aunt Dot sat on one side. Uncle Dan on the other.

Jeffrey probably started screaming from the start of the song, which was "Talk to the Animals," but nobody knew it because he was drowned out by all the other voices. Then the music ended, and Jeffrey went right on screaming, his face bright red by now, his neck bulging. The music director faced the singers, frozen with his arms still raised. In the audience faces began to change. There was a quick smatter of giggling by some people who figured the screaming kid was some part of the show, some funny animal maybe. Then the giggling stopped, and eyes started to shift and heads started to turn, because now everybody could see that this wasn't part of the show at all, that little Jeffrey Magee wasn't supposed to be up there on the risers, pointing to his aunt and uncle, bellowing out from the midst of the chorus: "Talk! Talk, will ya! Talk! Talk! Talk!"

No one knew it then, but it was the birth scream of a legend.

And that's when the running started. Three springy steps down from the risers — girls in pastel dresses screaming, the music director lunging — a leap from the stage, out the side door and into the starry, sweet, onion-grass-smelling night.