Growing Up Confused in an Arab-American Family

A second-generation Arab American and daughter of an outspoken Palestinian advocate describes her struggles with her identity growing up in Manhattan and the denial she felt while assimilating into different social and economic groups.

NPR stories about Looking for Palestine 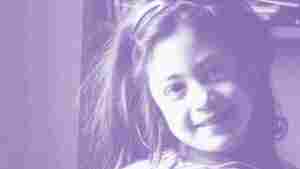 July 28, 2013 • Najla Said's father, Edward Said, was an outspoken professor and prominent voice for Palestinian independence. Yet Najla's life felt less grounded. Growing up as a Palestinian-Lebanese-American in New York City, she balanced competing cultures and multiple lives, searching for a place to fit in.

I am a Palestinian-Lebanese-American Christian woman, but I grew up as a Jew in New York City.

I began my life, however, as a WASP.

I was born in Boston to an Ivy League literature professor and his wife, baptized into the Episcopal Church at the age of one, and, at five, sent to an all-girls private school on the

Upper East Side of Manhattan, one that boasts among its alumnae such perfectly formed and well-groomed American blue bloods as the legendary Jacqueline Onassis. It was at that point that I realized that something was seriously wrong — with me.

With my green seersucker tunic, its matching bloomers (worn underneath for gym and dance classes), the white Peter Pan collar of my blouse, and my wool kneesocks, I was every bit the Chapin schoolgirl. I was proud of my new green blazer with its fancy school emblem and my elegant shoes from France. But even the most elaborate uniform could not protect against my instant awareness of my differences. I was a dark-haired rat in a sea of blond perfection. I didn't live on the Upper East Side, where everyone else in my class seemed to live, but on the Upper West Side, or, rather, so far beyond the boundaries of what was then considered the Upper West Side as to be unacceptable to many. I did not have a canopy bed, an uncluttered bedroom, and a perfectly decorated living room the way my classmates did or like the homes I saw on TV. I had books piled high on shelves and tables, pipes, pens, Oriental rugs, painted walls, and strange houseguests. I was surrounded at home not only by some of the Western world's greatest scholars and writers — Noam Chomsky, Lillian Hellman, Norman Mailer, Jacques Derrida, Susan Sontag, Joan Didion — but by the creme de la creme of the Palestinian Resistance.

I know today there are probably lots of children of immigrants growing up similarly confused by the mixed messages of their lives, pertaining to everything from class to culture to standards of beauty. For me, though, growing up the daughter of a Lebanese mother and a prominent Palestinian thinker in New York City in the 1980s and '90s was confusing and unsettling. I constantly questioned everything about who I was and where I fit in the world, constantly judged my own worthiness and compared myself to others, and I struggled desperately to find a way to reconcile the beautiful, comforting, loving world of my home, culture, and family with the supposed "barbaric" and "backward" place and society others perceived it to be. I wondered why I was "an exception" to the rule of what both Arabs and Americans were "supposed" to be like, and why I was stuck in such an uneasy position.

After years of trying desperately to convince people that they didn't really understand me or the place my family came from, I stopped trying, especially since there was never anyone around to make me feel less alone in my assertions. I resigned myself to believing that everything people said about my culture was true, because it was exhausting and futile to try to convince anyone otherwise. Strangely, though, I also held on tightly to what I knew to be accurate and real about my family and culture. My parents and extended family are entirely responsible for that. I spent years simultaneously pushing them away and drawing them close, until I found a place where I could exist together with them and completely apart from them. Letting go of the idea that I had to have one identity, one way to describe myself, one "real me" hasn't left me any less confused about who I am, but it has certainly left me inspired, engaged, interested, complicated, and aware. And I'd rather be all of those things than just plain old "American," or plain old "Arab."

With the exception of my birth in Boston and a year-and-a-half-ish stint in Palo Alto, and then Southern California, I spent the first thirteen years of my life in an apartment building on Morningside Drive between West 119th and 120th streets. My father was a "teacher of English and Comparative Lit-er-a-ture at Columbia University." I learned to pronounce that impressive-sounding title at the age of four, though I had no idea what it meant. When people asked me what my daddy's job was, I'd wrap my brain and articulators around the phrase with great effort and draw it out.

I did recognize the word "Columbia," and I knew what that was (the park where we played after school and on weekends). I also knew that he did something in an office in that campus-park.

To very smart people who study a lot, Edward Said is the "father of postcolonial studies" or, as he told me once when he insisted I was wasting my college education by taking a course on postmodernism and I told him he didn't even know what it was:

"Know what it is, Najla? I invented it!!!" I still don't know if he was joking or serious.

To others, he is the author of Orientalism, the book that everyone reads at some point in college, whether in history, politics, Buddhism, or literature class. He wrote it when I was four.

As he explained once, when I pressed him to put it into simple English: "The basic concept, is that ... historically, through literature and art, the 'East,' as seen through a Western lens, becomes distorted and degraded so that anything 'other' than what we Westerners recognize as familiar is not just exotic, mysterious, and sensual but also inherently inferior."

It's mainly because of my father that people now say "Asian American" instead of "Oriental."

To other people, he is the symbol of Palestinian selfdetermination, a champion of human rights, equality, and social justice. A "humanist" who "spoke truth to power."

And then still other people insist he was a terrorist, though anyone who knew him knows that's kind of like calling Gandhi a terrorist.

To me, he was my daddy, a dapper man in three-piece suits tailor-made in London. A cute old guy who yelled at me passionately in his weird sometimes British, sometimes American accent and then (five minutes later) forgot he had been upset; the one who brought me presents from all over the world, talked to me about Jane Eyre — my favorite book when I was twelve — and held me when I cried. He played tennis and squash, drove a Volvo, smoked a pipe, and collected pens. He was a professor. He was my father.

From Looking for Palestine: Growing Up Confused in an Arab-American Family by Najla Said. Copyright 2013 by Najla Said. Excerpted by permission of Riverhead.