The Life and Times of Charles Manson

This account of one of the most notorious criminals in American history puts Charles Manson in the context of his times, the turbulent end of the '60s. What is revealed is a rock star wannabe whose killings were directly related to his musical ambitions. 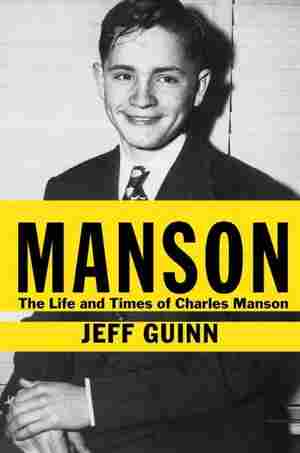 September 18, 2013 • California parolee Charles Manson arrived in San Francisco in 1967, when the city was full of young waifs looking for a guru. In Manson, Jeff Guinn argues that if the cult leader had instead been paroled in a place like Nebraska, he likely would not have been so successful.

August 4, 2013 • More than four decades after the cult leader planned nine vicious murders, he is still part of American culture. Jeff Guinn's new biography digs through details of Manson's troubled childhood, with access to family members and photos never reported on before.

On a summer night in 1968, three cars eased down Sunset Boulevard in Los Angeles. They headed for the tricked-up portion of the long, winding street known as the Strip, a 1.7-mile stretch of nightclubs, shops, and restaurants that was one of the epicenters of cutting-edge counterculture in America. Three hundred and eighty miles to the north, the Haight-Ashbury neighborhood in San Francisco still clung to its reputation as the capital city of Flower Power and hippie love-ins, but its pretensions of leading the world into a new era of enlightenment through great music, free love, mind-expanding chemicals, and disdain for class-conscious, capitalist beliefs were dissolving into drug-addled violence. Sunset Strip was about music, sex, and drugs, too, but few among the amped-up throngs packing its sidewalks pretended their motivations were anything other than self-indulgent. As civil disorder swept the rest of America in response to Vietnam and racial unrest, the only major uprising on the Strip involved the closing of a popular club and the enforcement of a 10 p.m. curfew for those under eighteen. Young people flocked to the Haight in hopes of finding Utopia; youthful pilgrims came to L.A. with the dream of becoming friends with celebrities and becoming rich and famous themselves. Such dreams were encouraged by the Strip's traditional egalitarianism. Stars performing in or visiting many of its famous clubs were expected to mingle with the public, chatting amiably as if with equals and, in the case of those who'd made it in the record business, offering advice to the endless stream of wannabes who felt certain that their selfpenned songs about love, spirituality, and revolution would make them as big as the Beatles — or even bigger.

The young men behind the wheels of the three cars inching down Sunset—sometimes it could take hours to maneuver through the traffic and crowds along the Strip — were out for a night of fun and basking in the celebrity that they'd worked so hard to attain. Terry Melcher, Gregg Jakobson, and Dennis Wilson had been close friends for years. Individually, they'd reached separate pinnacles in the music business: Melcher as a producer, Jakobson as a talent scout/recording session organizer, and Wilson as the drummer for the Beach Boys, and thus the most famous of the trio. Together they were part of an informal society known as the Golden Penetrators. Its membership was limited to anyone who had sex with women from one of show business's most famous families. It wasn't the most exclusive of organizations; some of these women were every bit as promiscuous as the men pursuing them. The Melcher-Jakobson-Wilson triumvirate reveled in their hedonism; in a city that had long ago waived most moral or legal limits for the famous, their philosophy was "We're us, there are no rules, we get to do this."

When L.A. celebrities wanted to keep their night-on-the-town discreet, they frequented clubs where steep membership fees denied entry to all but the biggest stars. But on this night Melcher, Jakobson, and Wilson were in a sociable mood. Part of the fun of being famous was being fawned over by fans, of demonstrating a certain sense of noblesse oblige, though on a controlled basis. There was considerable difference between accepting the deference of starstruck, pretty people and being pawed by packs of grubby teens. The popular public clubs on the Strip made special arrangements for visiting stars, usually in the form of restricted seating so that other customers could only stare from a distance whenever the celebrities felt like retreating from the dance floor for a while. For stars and general public alike, dancing was a big part of a night out on the Strip. While live acts were onstage, respectful attention was required. But between sets, disc jockeys played records and it was time for everyone to show off, rocking to the beat and trying to outdo each other in performing all the latest steps. As giants of the L.A. music scene, Melcher, Jakobson, and Wilson headed for an appropriate destination on the Strip. The Whisky a Go Go, located on Sunset just past the edge of Beverly Hills, was the most famous club in town and probably in all of America. Magazines from Time to Playboy touted it as the hippest place to see and be seen. Each night, long lines routinely stretched for blocks two hours or more before the Whisky opened at 8:30. The cover charge kept out panhandlers and riffraff. Regulars always anticipated thrills beyond those to be found at any other club on the Strip. Performers recorded chart-topping live albums at the Whisky. The flower of the music scene regularly dropped in; recent visitors included Jimi Hendrix, Neil Young, and Eric Clapton. Hendrix and Young even jumped onstage to jam. The Whisky usually alternated lesser-known local bands with big-name acts like the Turtles and Eric Burdon and the Animals. The club had been one of the first venues on the modern-day Strip to feature black musicians. Among others, Buddy Guy and Sly and the Family Stone graced its stage, and when Little Richard performed, rock gods Mick Jagger and Keith Richards of the Rolling Stones came to hear him. Every visit to the Whisky was certain to be special in some way. Anyone in Los Angeles who had pretensions of being cool had to make the scene. Even Elizabeth Taylor and Richard Burton partied there.

The nightly crowds meant parking was scarce anywhere near the club, but that was no problem for Melcher, Jakobson, and Wilson. The operators of the Strip's jam-packed lots always found room for vehicles belonging to stars. Melcher handed over the keys of a black four-door Mercedes convertible. Jakobson arrived in a black, mint condition 1939 Pontiac; he'd just swapped a Porsche for the vintage ride. Wilson pulled up in a burgundy Rolls-Royce recently given to him by his older brother, Brian, the reclusive leader of the Beach Boys. As the trio strolled into the Whisky — there was no need for them to stand in line, or pay the night's cover charge — everyone's eyes were on them. Wilson, a big, handsome man, would have been recognized by virtually every music fan in the country. Melcher and Jakobson weren't household names in Middle America, but the Whisky crowd, most of them savvy to all aspects of the L.A. music scene, knew who they were and why they were important.

That wasn't true of the fourth member of the party, who'd arrived in Wilson's Rolls. To the onlookers outside the Whisky, there wasn't anything special about thirty-three-year-old Charlie Manson, just one among thousands of ambitious singer-songwriters who'd made their way to L.A. with the goal of getting recording contracts and becoming superstars. Manson was short, about five foot four, and scrawny. For much of the summer, he'd been lucky enough to mooch off the Beach Boys' drummer, who was notorious for giving strays temporary run of his luxurious log cabin house further down Sunset Boulevard. Most of them drifted off after a day or two; Manson showed no sign of leaving. For a while, that was fine with his host. Besides writing some interesting songs and spouting an addictive form of philosophy about surrendering individuality, Manson had with him a retinue of girls who adored Charlie and were happy to engage in any form of sex his rock star benefactor desired. Accordingly, Wilson's summer was a carnal extravaganza, though he had to make frequent trips to his doctor since the Manson girls kept infecting him with gonorrhea. In between sex romps, Wilson good-naturedly touted Manson's music to the other Beach Boys and to friends in the L.A. music scene. To date, no one had been impressed enough by Manson's songs to offer the scruffy drifter the recording contract he craved. But Charlie had unwavering belief in his own talent and in Wilson's ability, even obligation, to make it happen.

Manson assumed that he was always welcome to come along whenever Wilson went out to a party or to a club. He shared what he had — his music, quirky conversation, and sexually compliant women — and expected Wilson to do the same. It was an unequal arrangement and lately Wilson was becoming fed up. It was aggravating enough that Manson constantly badgered the drummer to make the Beach Boys record his songs, but the leech and his followers were making a considerable dent in Wilson's personal fortune at a time when the Beach Boys' record sales and concert attendance were in alarming decline. They'd wrecked his uninsured Mercedes and run up bills with doctors and dentists. They raided Wilson's closets and cut up his clothes to make themselves patchwork robes. Though they espoused scouring supermarket garbage bins for food, they gluttonously emptied Wilson's refrigerator and pantry on a daily basis. They even felt his charge accounts were theirs to use — while he'd been away from home on a brief Beach Boys tour, Wilson's house guests ran up an $800 tab with a local dairy, gorging themselves on the priciest cheese, yogurt, and fruit juice. As much as Wilson embraced the general concept of sharing, he was ready for these master freeloaders to move on.

In recent weeks Wilson had also begun to fear Manson. Concerned about their client's involvement with such a questionable character, Beach Boys management ran a background check on Charlie and informed Dennis that his house guest had done time for armed robbery and was currently on probation. That didn't bother Wilson in the least. He'd known all along that his new pal had a criminal background. Manson liked to brag that prison was his daddy and the street was his mother. Criminal credentials appealed to many young people in an era when it was fashionable for them to believe that the government was the enemy. But as Manson and his motley crew continued living with Wilson, Charlie's entertaining philosophical rants occasionally turned dark. He seemed to believe that he held the power of life and death over his followers and friends, including his famous patron. He once held a knife to Wilson's throat and asked how the drummer would feel if he killed him. Wilson muttered, "Do it," and Manson backed off. It said a lot about Wilson's self-destructive tendencies that he still allowed Charlie to hang around with him.

From Manson: The Life and Times of Charles Manson by Jeff Guinn. Copyright 2013 by 24Words LLC. Reprinted by permission of Simon & Schuster, Inc.