Accessibility links
Hothouse NPR coverage of Hothouse: The Art of Survival and the Survival of Art at America's Most Celebrated Publishing House, Farrar, Straus, and Giroux by Boris Kachka. News, author interviews, critics' picks and more.

The era and the city that built the book publisher Farrar, Straus and Giroux is revealed through the stories of two men: founder-owner Roger Straus, the pugnacious black sheep of his powerful German-Jewish family, and his utter opposite, the reticent, closeted editor Robert Giroux. 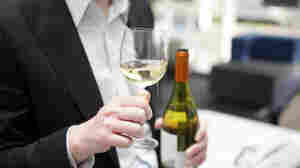 August 17, 2013 • Late lunches and literary rock stars: Such were the early days of publishing house Farrar, Straus and Giroux. Elissa Schappell says Boris Kachka's Hothouse (an expose of this cherished publisher) is a star-studded tell-all about the "good old, bad old days." 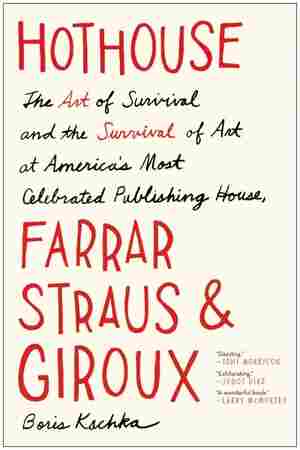 August 15, 2013 • The prestigious publishing company Farrar, Straus and Giroux helped define the intellectual life of post-World War II America. Boris Kachka's book explores the company's history, from its founding in 1946 to its sale to a German conglomerate in 1994 and beyond.

Roger W. Straus, Jr., the grandson of an ambassador, would have made a terrible diplomat. No matter the situation or his level of expertise, Straus had an opinion, and as often as not, he shared it, in public. Whenever he took a phone call from a journalist, his devoted secretary liked to hold up a sign that read: Off The Record. Straus had, however, an unusually diplomatic answer to everyone's favorite question: What was the best book that Farrar, Straus and Giroux, the publishing house he led for nearly sixty years, had ever published? Straus had to strike from the list his most competitive writers: Robert Lowell, John Berryman, Jean Stafford, Jack Kerouac, Elizabeth Bishop, Philip Roth, Aleksandr Solzhenitsyn. Picking among his closest friends — Susan Sontag, Joseph Brodsky, Tom Wolfe, John McPhee, Edmund Wilson, Isaac Bashevis Singer — would be like declaring a favorite child. It certainly wouldn't be one of his rare bestsellers, from Sammy Davis, Jr., to Scott Turow, who rather embarrassed him.

It was one of the toughest questions you could throw at Roger. For all their great size, commercial publishing conglomerates like Simon & Schuster — a favorite Straus whipping boy — had maybe a book or two per season of lasting literary value. And besides, it would be silly to direct such a question to corporate CEOs, and not just because they rarely read their own books; these giants and their constituent imprints had changed hands so many times it was hard to tell who deserved the credit, or what the value of their logo really was from year to year. Farrar, Straus and Giroux was, and is, different. Those three angular fist stacked vertically at the bottom of a book's spine are a guarantee to critics and discerning readers: You may or may not love this book, but we do. This was as true in 2011 — Jeffrey Eugenides, Peter Nadas, Denis Johnson, Thomas Friedman, Roberto Bolano — as it was in 1968.

Straus's consistent choice of a favorite book was on its face an odd one. Though he often stood accused of chasing Nobel Prizes to the exclusion of all else, including profits, this writer was not one of FSG's twenty-five Nobel laureates (the latest being Mario Vargas Llosa, 2010). Instead he chose Memoirs of Hadrian, by Marguerite Yourcenar, a historical novel written in the voice of the great Roman emperor. Picked up from France via one of Straus's shady European scouts and hastily translated by Yourcenar's lover, the book had a brisk-enough sale — about forty thousand in hardcover — but sales on a work like this were, Straus declared, "caviar." Memoirs, which had stayed in print for decades after its publication in 1954, had "this long and rather beautiful life."

The same could be said of the twin engines behind FSG, Straus and his reticent editor-partner, Robert Giroux. The story of their lives, their publishing house, and a postwar period during which the bestseller lists teemed with brilliant and difficult work (even poetry) inevitably flirts with nostalgia. Independent publishers are largely history — FSG itself was sold in 1994 to a German conglomerate — and even books themselves, we are told, are quickly giving way to pixels and tablets. Both the art and the craft of bookmaking seem to be under grave threat.

But that's a simplistic storyline. Narratives will persist, and conglomerate-owned houses still put out excellent work. Nor was the old, independent Farrar, Straus any kind of Xanadu. It was filthy, inadequately heated and cooled, never painted, teeming with bugs and ugly fluorescent tube lights and impoverished if passionate lifers. It was also a private fiefdom under one lord, Roger Straus, a man who could be cheap, vulgar, classist, and sexist all in one gratuitously cruel remark. What really made him sell the company wasn't market forces, but this inability to cede power to his own son. Less charitable observers would say he singled out Memoirs of Hadrian because he himself was a despot. But whether you saw the independent FSG as an "antique spinning wheel," in the words of one detractor, or as a paradise for those who loved books above all else, the fact is that its demise was foreordained, just like that of CBGB, the League of Nations, or Scribner's bookstore. Its history, like so much of the writing it published, is fascinating and vivid but difficult to parse — and all the more rewarding for the effort.

Memoirs of Hadrian well deserved its place in Straus's pantheon, mainly because it handled vast themes with great subtlety. The fictional notes of an old man looking to the future and the inevitable end of his empire, it expresses, better than the combative and not very subtle Straus ever could, an enduring and tempered faith in the lasting works of civilization at its best:

Life is atrocious, we know. But precisely because I expect little of the human condition, man's periods of felicity, his partial progress, his efforts to begin over again and to continue, all seem to me like so many prodigies which nearly compensate for the monstrous mass of ills and defeats, of indifference and error. Catastrophe and ruin will come; disorder will triumph, but order will too, from time to time ... Not all our books will perish, nor our statues, if broken, lie unrepaired; other domes and pediments will arise from our domes and pediments; some few men will think and work and feel as we have done, and I venture to count upon such continuators, placed irregularly throughout the centuries, and upon this kind of intermittent immortality.

From Hothouse: The Art of Survival and the Survival of Art at America's Most Celebrated Publishing House, Farrar, Straus, and Giroux by Boris Kachka. Copyright 2013 by Boris Kachka. Excerpted by permission of Simon and Schuster.