J is for Judgment

J is for Judgment

While investigating the reappearance of Wendell Jaffe, who has been presumed dead for five years, Kinsey Millhone uncovers some unpleasant truths about her own family.

NPR stories about J is for Judgment 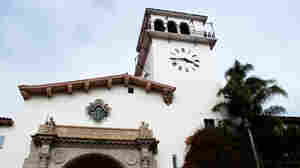 August 15, 2013 • Private investigator Kinsey Millhone is one of the most well-known characters in modern crime fiction, but there's another star in Sue Grafton's thrillers: the fictional city of Santa Teresa, based on Santa Barbara, Calif.

Excerpt: J Is For Judgment

On the face of it, you wouldn't think there was any connection between the murder of a dead man and the events that changed my perceptions about my life. In truth, the facts about Wendell Jaffe had nothing to do with my family history, but murder is seldom tidy and no one ever said revelations operate in a straight line. It was my investigation into the dead man's past that triggered the inquiry into my own, and in the end the two stories became difficult to separate. The hard thing about death is that nothing ever changes. The hard thing about life is that nothing stays the same. It began with a phone call, not to me, but to Mac Voorhies, one of the vice-presidents at California Fidelity Insurance for whom I once worked.

My name is Kinsey Millhone. I'm a licensed California private investigator, working out of Santa Teresa, which is ninety-five miles north of Los Angeles. My association with CF Insurance had been terminated the previous December, and I hadn't had much occasion to return to 903 State. For the past seven months I'd been leasing office space from the law firm of Kingman and Ives. Lonnie Kingman's practice is largely criminal, but he also enjoys the complexities of trials involving accidental injury or wrongful death. He's been my attorney of record for a number of years, stepping in with legal counsel when the occasion arises. Lonnie is short and beefy, a body-builder and a scrapper. John Ives is the quiet one who prefers the intellectual challenges of appellate work. I'm the only person I know who doesn't express routine contempt for all the lawyers in the world. Just for the record, I like cops, too: anyone who stands between me and anarchy.

Kingman and Ives occupies the entire upper floor of a small building downtown. Lonnie's firm consists of himself; his law partner, John Ives; and an attorney named Martin Cheltenham, Lonnie's best friend, who leases offices from him. The bulk of the day-to-day work is attended to by the two legal secretaries, Ida Ruth and Jill. We also have a receptionist named Alison and a paralegal named Jim Thicket.

The space I moved into used to be a conference room with a makeshift kitchenette. After Lonnie annexed the last available office on the third floor, he had a new kitchen built, along with a room for the copying equipment. My office is large enough to accommodate a desk, my swivel chair, some file cabinets, a mini-refrigerator and coffee maker, plus a big storage closet stacked with packing boxes untouched since the move. I have my own separate phone line in addition to the two lines I share with the firm. I still have my answering machine, but in a pinch Ida Ruth covers incoming calls for me. For a while I made a pass at finding another office to rent. I had sufficient money to make the move. A sidebar to a case I was working before Christmas resulted in my picking up a twenty-five-thousand-dollar check. I put the money in some CDs — the bank kind, not the music — where it was happily collecting interest. In the meantime I discovered how much I liked my current circumstances. The location was good, and it was nice to have people around me at work. One of the few disadvantages of living alone is not having anyone to tell when you're going someplace. At least now at work I had people who were aware of my whereabouts, and I could check in with them if I needed any mothering.

For the past hour and a half, on that Monday morning in mid-July, I'd sat and made phone calls on a skip trace I was working. A Nashville private investigator had written me a letter, asking if I'd check local sources for his client's ex-husband, who was six thousand dollars in arrears on his child support. Rumor had it that the fellow had left Tennessee and headed for California with the intention of settling somewhere in Perdido or Santa Teresa counties. I'd been given the subject's name, his previous address, his birth date, and his Social Security number with instructions to develop any lead I could. I also had the make and model of the vehicle he was last seen driving, as well as his Tennessee license plate number. I'd already written two letters to Sacramento: one to request driver's license information on the subject, another to see if he'd registered his 1983 Ford pickup. Now I was calling the various public utility companies in the area, trying to see if there were any recent hook-ups in the guy's name. So far I hadn't hit pay dirt, but it was fun anyway. For fifty bucks an hour, I'll do just about anything.

When Alison buzzed me on the intercom, I leaned over automatically and depressed the lever. "Yes?"

"You have a visitor," she said. She's twenty-four years old, bubbly and energetic. She has blond hair to her waist, buys all her clothes in size 4 "petite," and dots the "i" in her name with a heart or a daisy, depending on her mood, which is always good. Somehow she sounded as if she were calling on one of those "telephones" kids make with two Dixie cups and a length of string. "A Mr. Voorhies with California Fidelity Insurance."

Like a comic strip character, I could feel a question mark form above my head. I squinted, leaning closer. "Mac Voorhies is out there?"

"You want me to send him back?"

I couldn't believe it. Mac was the man who supervised most of the cases I'd worked for CF. It was his boss, Gordon Titus, who'd fired my sorry ass, and while I'd made my peace with the change in my employment, I could still feel a flush of adrenaline at the thought of the man.