The Case of the Deadly Butter Chicken

The Case of the Deadly Butter Chicken

Vish Puri, India's Most Private Investigator, infiltrates the dangerous world of illegal gambling to solve the murder of a high-profile Pakistani on Indian soil.

NPR stories about The Case of the Deadly Butter Chicken 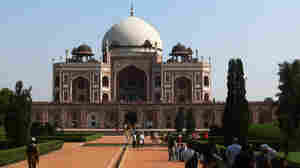 Excerpt: The Case Of The Deadly Butter Chicken 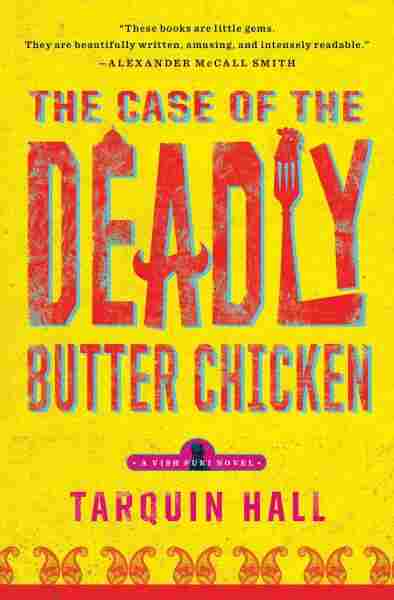 Stripped down to his undergarments and tweed Sandown cap, Vish Puri stepped onto his wife's old set of bathroom weighing scales. He watched with apprehension as the needle jerked violently to the right and settled on 200 pounds.

"By God," the detective muttered to himself. "Two extra pounds are there. She is going to kill me — certainly if not totally."

He tried lifting one foot off the pressure pad and shifted his weight to see if it made a difference. It didn't.

"Well, nothing for it," he said with a sigh, stepping back onto the floor.

Puri checked that the bedroom door was locked, picked up the scales and turned them over. He removed the bottom panel, exposing the crude mechanism inside. Then he squeezed the pressure pad between his knees. When the needle reached 196, he jammed a wooden peg into one of the cogs.

The scales could now register only one weight: 196 pounds.

"Hearties congratulations, Mr. Puri, saar!" he told himself with a smile after double-checking his handiwork. "Diet is coming along most splendidly."

Still, the detective knew that he'd bought himself a week or two at the most. Eventually all the lapses of the past fortnight would catch up with him — for "lapses" read numerous chicken frankies, five or six kathi rolls (he had been on a stakeout; what else was he supposed to eat?), and a significant portion of the Gymkhana Club Sunday brunch buffet (the Pinky Pinky pudding had been irresistible).

He was going to have to lose at least a token amount of weight — enough to keep Rumpi and that bloody Dr. Mohan off his back.

Fortunately, he believed he had found the answer to his prayers: diet pills. According to a flyer that had been stuffed under the windshield wiper of his car, these promised "miraculous and exceptional results!"

Puri fished out the flyer from his trouser pocket and read it again just to check that his eyes hadn't deceived him. "Tired of being a big motu, but want to enjoy your gulab jamuns?" he read. "ZeroCal is the answer! It contains a special fiber that absorbs fat molecules and converts them into a form the human system doesn't absorb. So now you can carry on getting your just desserts!"

Puri chuckled to himself. "Just desserts," he said. "Very good."

He stuffed the flyer back into his trouser pocket as footsteps sounded on the top of the stairs. They were accompanied by his wife's voice: "Chubby? Are you ready? We had better get a move on, no? There are bound to be traffic snarls."

The detective went to the door and opened it.

"What have you been doing in here?" asked Rumpi as she entered the room. "Don't tell me you were listening in on the servants again with one of your bugs. You know I don't like it when you do that, Chubby."

"Just I was weighing myself, actually."

Puri stepped gingerly back onto the scales, one foot at a time. They gave a creak, but the peg held.

"Hmm. One hundred and ninety-six pounds," she read. "So you've lost . . . two pounds. It's something, at least. But so far I don't see any improvement."

She looked her husband up and down, scrutinizing his stomach, which bulged out beneath his cotton undershirt like a lumpy pillow.

"You still look . . . Well, if anything I would say you've got a little larger, Chubby."

"Must be your eyesights, my dear."

"There's nothing wrong with my eyesight, I can assure you," said Rumpi, her voice thick with suspicion. "I just hope you're keeping off those chicken frankies," she continued with a sigh. "It's for your own good, Chubby. Remember what happened to Rajiv Uncle."

Ah, poor old Rajiv Uncle. Last month he'd suffered a massive heart attack while at the wheel of his Mahindra Scorpio and taken out four feet of the central barricade of the Noida Expressway. The fact that he'd been fifty-four, only a couple of years older than Puri, had not been lost on Rumpi or his three daughters. Mummy had seen fit to comment on it as well — along with his three sisters-in-law, numerous aunties, and even a cheeky nephew or two. Indeed, given the great Indian family system in which everyone knows everyone else's business and everyone exercises the right to involve themselves and comment upon everyone else's affairs, the detective had recently found himself on the receiving end of a good deal of health-related advice. Most irritating of all had been the impromptu lecture from his seventeen-year-old niece, whose opinions on most things in life were informed by India's edition of Cosmo magazine.

Age still trumped youth even in today's changing middle-class society, so he had been able to tell her to put a sock in it. But over his wife, he enjoyed no such advantage.

"Yes, my dear," he replied with a prodigious yawn. "Now I had better get changed. You're right. It is getting late. And I would be making one stop along the way."

"Please don't tell me you're working, Chubby — not today of all days."

"Ten minutes is required, only."

Puri escaped into the bathroom to attend to his handlebar moustache, which was looking limp after the rigorous shampoo and conditioning he'd given it earlier. First, he groomed it with a special comb with fine metal teeth. Then he applied some Wacky Tacky wax, which he heated with a hair dryer so it became soft and pliable. And finally, he shaped it into a symmetrical handlebar, curling the ends.

He returned to the bedroom to find his wife sitting at her dresser, putting on her earrings. Her long, straight hair hung down her back over the blouse of her lustrous black and gold Banarasi sari.

Puri went and stood behind her, placed his hands on her elegant shoulders and smiled.

"Beautiful as the first day we met. More beautiful, in fact," he said.

Rumpi smiled back at him in the mirror. "Still quite the charmer, aren't you?" she said.

"Once a charmer, always charming," cooed the detective, and bent down and kissed the top of her head.