Title
The Woman Who Lost Her Soul
Author
Bob Shacochis

During the late 1990s, humanitarian lawyer Tom Harrington travels to Haiti to investigate the murder of a beautiful photojournalist named Jackie Scott during a time of brutal guerrilla warfare and civilian kidnappings.

NPR stories about The Woman Who Lost Her Soul 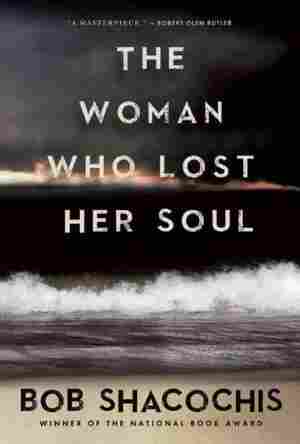 August 31, 2013 • In his new book, The Woman Who Lost Her Soul, Bob Shacochis returns to Haiti, but also takes the reader across continents and generations. The 700-page book has been compared to the work of Joseph Conrad, Graham Greene and Norman Mailer.

Excerpt: The Woman Who Lost Her Soul

During the final days of the occupation, there was an American woman in Haiti, a photojournalist — blonde, young, infuriating — and she became Thomas Harrington's obsession.

Why have you never told me the story of this girl? Harrington's wife asked, dumbfounded but curious. They stood in the kitchen of their gardenia-scented home in South Miami, finishing the vodka cocktails she had mixed to celebrate his reinstallment into her landscaped domain, its calibrated patterns, everything perfectly in its place except her husband. Why have you waited until now? A pained crinkle etched a border of mys­tification around the brightness of her eyes.

Expecting an answer, she followed him through the house, upstairs to their sun-scoured bedroom where he began unpacking his filthy clothes. Here, he said with a hopeful trace of enthusiasm, this is for you, and he gave her a gift he had brought from Port-au-Prince, a small but moderately expensive painting by Frantz Zephirin.

that history will step aside and leave them alone, they pray for the deafness that comes with a comfortable life. They pray for the soothing blindness of happiness, and why not?

But history walks on all of us, lashed by time, and sometimes we feel its boot on our backs, and sometimes we are oblivious to its passing, the swing of sorrow and triumph through humanity, sorrow, and then, finally, crippling grief fading to obscurity, which is perhaps why Americans want little to do with history, why perhaps they hate it, why prayer comes easier than remembrance, which is how history knots its endless endings and measures the rise and fall of its breath. And when history swirls around you and passes on and you inhale its aftermath, the bitterness of its ashes and the bygone sweetness of time, and excrete history into memory, you never quite believe you had once heard its thunderous God-like whispering, that you had trembled in the face of its terrible intimacies, and you fell silent.

Against this silence, Harrington understood it was possible only to speak to other silences. Why would you choose to expose such ugliness, if not in yourself then in the world?

His own story of this woman in Haiti was a fragment at best, it's important to say, but his silence was not meant to spare his wife from a betrayal, at least not of the sort she suspected, but there are many, many betrayals we visit upon one another, their forms infinite, some beyond comprehension, some no more serious than a quick sting. He had kept the story from her simply because he had gotten nowhere with it in his own mind, and did not understand his role in its events, nor the meaning of its elements, and he suspected that somehow this story would always slip and tumble into the hole of self-indictment. Yet what had he done that was so wrong, what had he done that was not justified by the behavior of others? What was his sin? He could not grasp it, but in the recesses of his soul he knew it was there.

There were things you might say, stories you could tell, that would leave you diminished, that might outrage one's sense of conscience or morality with their failings and audacities, their reckless disregard for the well-being of others. Perhaps not in every life, though Tom rejected the very nature of innocence. But yes, some stories diminished the teller, or shamed him in the eyes of honorable people, and often these stories were never told — or only half-told, rife with omissions, as Tom's would be with his wife. They lay quiet yet unpeaceful within the black cave of secrets that was part of anyone's soul, and perhaps their silence was as it should be, the last asylum for propriety, for decency.

It's extraordinary, his wife said, admiring the canvas.

The gallery on Rue Petion had obtained another Zephirin, larger, more fanciful in its circus of cruelties, that he had wanted to buy for her but never had the chance. Why he told her this he couldn't say because it wasn't true, it had simply fallen from his mouth, part of another story he was making up.

She looked at him sideways, measuring what she must have imagined to be the careful implication of his voice. Oh. Do you have to go back? she asked, and he knew that because this was a busy time of the year for her at the office she'd be unhappy if he was leaving again.

I can't. I seem to have been declared persona non grata.

Tom? She was absently pulling clothes from his small canvas bag and tossing them into the laundry hamper and she froze, gasping, her eyes wide and a hand raised to her mouth. Oh, my God, she said. What's on these pants? Is this blood? Her sweet, earnest face, becalmed by the gentle tides of a comfortable life, filled with a look of mortification. Dutiful wife, instinctive mother, she sniffed at a patch of the stains, repulsed. They're covered with blood! There's so much of it. Tom, what happened?

Yes, that. What happened. He would have to tell her something but he did not know where to begin or where to end and he did not know if she should ever, ever know him so well, or how he spent his days when he was away from her.

THE WOMAN WHO LOST HER SOUL copyright 2013 by Bob Shacochis; used with the permission of the publisher, Grove/Atlantic, Inc.