Jesmyn Ward recounts the loss of five young men in the author's life to drugs, accidents, suicide, and the misfortune that can follow those who live in poverty, sharing her experiences of living through the dying as she searches through answers in her community.

NPR stories about Men We Reaped 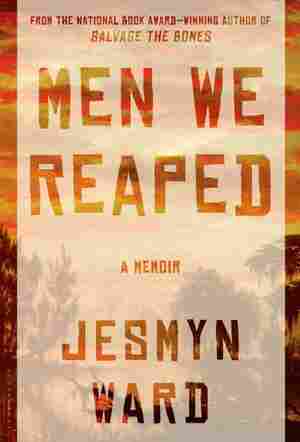 'Reaped' Is A Reminder That No One Is Promised Tomorrow

September 24, 2013 • In Men We Reaped, Jesmyn Ward recalls the deaths of five young men in her life, which she believes were all connected to being poor and black in the rural South. "It made me feel that I wasn't promised some long life. ... That's not a given for me."

'Reaped' Is A Reminder That No One Is Promised Tomorrow

September 15, 2013 • Author Jesmyn Ward lost her brother in a car wreck — and several friends in quick succession after that — all young black men, all dead before the age of 30. She tells their stories, and her own, in a wrenching new memoir, Men We Reaped.

My father's first house in the Crescent City was a modest one- bedroom, painted yellow, with bars on the window. It was in Shrewsbury, a small Black neighborhood that spread under and to the north of the causeway overpass. The house was bounded by a fenced industrial yard to the north and by the rushing, plunking sound of the cars on the elevated interstate to the south. I was the oldest of four, and since I was the oldest, I was the one who bossed my one brother, Joshua, and my two sisters, Nerissa and Charine, and my cousin Aldon, who lived with us for years, to arrange my father's extra sheets and sofa cushion into pallets on the living room floor so we all had enough room to sleep. My parents, who were attempting to reconcile and would fail, slept in the only bedroom. Joshua insisted that there was a ghost in the house, and at night we'd lie on our backs in the TV- less living room, watch the barred shadows slink across the walls, and wait for something to change, for something that wasn't supposed to be there, to move.

"You just trying to scare us," I said. What I didn't say: It's working.

I was in junior high then, in the late eighties and early nineties, and I attended a majority White, Episcopalian Mississippi private school. I was a small- town girl, and my classmates in Mississippi were as provincial as I was. My classmates called New Orleans the "murder capital." They told horror stories about White people being shot while unloading groceries from their cars. Gang initiations, they said. What was unspoken in this conversation — and, given the racist proclivities of more than a few of my classmates, I'm surprised that it was unspoken — was that these gangsters, ruthlessly violent and untethered by common human decency, were Black. My school peers would often glance at me when they spoke about Black people. I was a scholarship kid, only attending the school because my mother was a maid for a few wealthy families on the Mississippi coast who sponsored my tuition. For most of my junior high and high school years, I was the only Black girl in the school. Whenever my classmates spoke about Black people or New Orleans and tried to not look at me but inevitably did, I stared back at them and thought about the young men I knew from New Orleans, my father's half brothers.

Uncle Bookie was our favorite of my father's half brothers. He and his brothers had spent their lives in the neighborhoods my classmates most feared. Uncle Bookie looked the most like the grandfather I'd barely known, who'd died of a stroke at age fifty. He had a chest like a barrel, and his eyes closed when he smiled. On hot days, Uncle Bookie would walk us through Shrewsbury toward the highway in the sky, to a ramshackle shotgun house, maroon in my memory, that stood on the corner. The lady who lived in the house sold ice pops out of the back. They were liquid sugar, and melted too quickly in the heat. On the walk to her yard, he'd crack jokes, gather more kids, lead us over the melting asphalt like a hood pied piper. Once our ice pops melted to syrup in their cardboard cups, once Joshua and I had licked the sugar water from our hands and arms, Uncle Bookie would play games with us in the street: kickball, football, and basketball. He laughed when the football hit one of us in the mouth, leaving it sore and swollen, his eyes slit to the thin side of a penny. On some days he would take us with our father and his pit bull to the park under the highway. There, my father fought his dog against other dogs. The other men who watched or coaxed their dogs to savagery were dark and sweat- glazed as their animals in the heat. My brother and I always stood close to our uncle. We grabbed his forearms, holding tightly, flinching as the cars boomed overhead and the animals ripped at each other. Afterward, the dogs panted and smiled while they bled, and my brother and I relaxed our grip on our uncle, and were happy to leave the shadowed world and the threat of a dog lunging outside the fighting circle.

"Daddy ain't tell you no story about nobody dying in here," I said.

"You telling it," Aldon said.

When I was in high school, I could not reconcile the myth of New Orleans to the reality, but I knew that there was truth somewhere. My father and mother sat in the front seat of the car during those early nineties visits, when they were still married but separated, when they still had the easy rapport that years of marriage engenders, and they talked about shootings, about beatings, about murder. They gave the violence of New Orleans many names. We never saw any of that when we visited my father. But we listened to the chain- link fence rattle in the industrial yard next to my father's house and the night stretched on interminably, and we listened to my brother tell us ghost stories.

Yet we knew another New Orleans existed. We saw that when we piled into my mother's car and rode past the red brick projects scattered through New Orleans, two- story buildings with sagging iron balconies, massive old trees standing like sentinels at each side of the buildings, women gesticulating and scratching their heads, small dark children playing angrily, happily, sulking on the broken sidewalks. I eyed the young men through the car window. Men in sagging pants with their heads bent together, murmuring, ducking into corner stores that sold poboys shrimp oyster. I wondered what the men were talking about. I wondered who they were. I wondered what their lives were like. I wondered if they were murderers. At night on my father's living room floor, I asked Joshua again.

"What Daddy say happen?" I said.

"Said somebody got shot," Joshua said.

"A man," he said to the ceiling. Charine burrowed into my side.

When we left my father to go home to DeLisle, as we did every Sunday, I was sad. We all were sad, I think, even my mother, who was trying to make their marriage work, despite the distance and the years of infidelity. She'd even been contemplating moving to New Orleans, a city she hated. I missed my father. I didn't want to return to school in Mississippi on Monday morning, to walk through the glass doors to the large, fluorescent- lit classrooms, the old desks, my classmates perched on the backs of them, wearing collared shirts and khaki shorts, their legs spread, their eyeliner blue. I didn't want them to look at me after saying something about Black people, didn't want to have to avert my eyes so they didn't see me studying them, studying the entitlement they wore like another piece of clothing. Our drive home took us through New Orleans East, across the Isle Sauvage bayou, over the gray murmur of Lake Pontchartrain, through the billboards and strip malls of Slidell into Mississippi. We took I-10 past the pine wall of Stennis Space Center, past Bay St. Louis, past Diamondhead to DeLisle. Once there, we would have exited the long, pitted highway, driven past Du Pont, shielded like Stennis behind its wall of pine trees, past the railroad tracks, past the small wooden houses set in small fields and small sandy yards, trees setting the porches in shade. Here horses stood still in fields, munching grass, seeking cool. Goats chewed fence posts.

DeLisle and Pass Christian, the two towns where all of my family hails from, are not New Orleans. Pass Christian squats beside the man- made beach of the Gulf of Mexico alongside Long Beach, the Bay of St. Louis at its back, while DeLisle hugs the back of the Bay of St. Louis before spreading away and thinning further upcountry. The streets of both towns are sleepy through much of the barely bearable summer, and through much of the winter, when temperatures hover near freezing. In DeLisle during the summers, there are sometimes crowds on Sundays at the county park because younger people come out to play basketball and play music from their cars. In the spring, the older people gather at the local baseball field, where Negro leagues from throughout the South come to play. On Halloween, children still walk or ride on the backs of pickup trucks through the neighborhood from house to house to trick- or- treat. On All Saints Day, families gather around loved ones' graves, bring nylon and canvas folding chairs to sit in after they've cleaned headstones and sandy plots, arranged potted mums, and shared food. They talk into the evening, burn fires, wave away the last of the fall gnats. This is not a murder capital.

Most of the Black families in DeLisle have lived there as far back as they can remember, including mine, in houses many of them built themselves. These houses, small shotguns and A-frames, were built in waves, the oldest in the thirties by our great- grandparents, the next in the fifties by our grandparents, the next in the seventies and eighties by our parents, who used contractors. These modest houses, ours included, had two to three bedrooms with gravel and dirt driveways and rabbit hutches and scupadine vineyards in the back. Poor and working- class, but proud. There is no public housing at all in DeLisle, and the project housing that existed before Hurricane Katrina in Pass Christian consisted of several small redbrick duplexes and a few subdivisions with single- family homes, which housed some Black people, some Vietnamese. Now, seven years after Katrina, developers build two- and three- bedroom houses up on fifteen- to twenty- foot stilts where this public housing stood, and these houses fill quickly with those still displaced from the storm, or young adults from Pass Christian and DeLisle who want to live in their hometown. Hurricane Katrina made that impossible for several years, since it razed most of the housing in Pass Christian, and decimated what was closest to the bayou in DeLisle. Coming home to DeLisle as an adult has been harder for this reason, a concrete one. And then there are abstract reasons, too.