Stephen King returns to the characters and territory of The Shining with the story of a middle-aged Dan Torrance. Now an itinerant alcoholic himself, Dan uses his remnant powers to help a 12-year-old girl who is being tortured by a tribe of murderous paranormals. 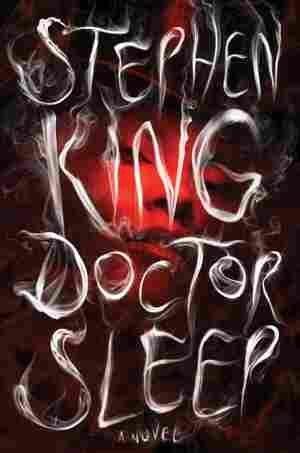 September 18, 2013 • Doctor Sleep is Stephen King's sequel to his 1977 smash hit The Shining, about a haunted hotel. Sleep follows Danny Torrance, the troubled son of Shining protagonist Jack, as he gets drawn into a new battle against evil. Reviewer Alan Cheuse says King "is still scaring the hell out of me."

On the second day of December in a year when a Georgia peanut farmer was doing business in the White House, one of Colorado's great resort hotels burned to the ground. The Overlook was declared a total loss. After an investigation, the fire marshal of Jicarilla County ruled the cause had been a defective boiler. The hotel was closed for the winter when the accident occurred, and only four people were present. Three survived. The hotel's off-season caretaker, John Torrance, was killed during an unsuccessful (and heroic) effort to dump the boiler's steam pressure, which had mounted to disastrously high levels due to an inoperative relief valve.

Two of the survivors were the caretaker's wife and young son. The third was the Overlook's chef, Richard Hallorann, who had left his seasonal job in Florida and come to check on the Torrances because of what he called "a powerful hunch" that the family was in trouble. Both surviving adults were quite badly injured in the explosion. Only the child was unhurt.

Wendy Torrance and her son received a settlement from the corporation that owned the Overlook. It wasn't huge, but enough to get them by for the three years she was unable to work because of back injuries. A lawyer she consulted told her that if she were willing to hold out and play tough, she might get a great deal more, because the corporation was anxious to avoid a court case. But she, like the corporation, wanted only to put that disastrous winter in Colorado behind her. She would convalesce, she said, and she did, although back injuries plagued her until the end of her life. Shattered vertebrae and broken ribs heal, but they never cease crying out.

Winifred and Daniel Torrance lived in the mid-South for awhile, then drifted down to Tampa. Sometimes Dick Hallorann (he of the powerful hunches) came up from Key West to visit with them. To visit with young Danny especially. They shared a bond.

One early morning in March of 1981, Wendy called Dick and asked if he could come. Danny, she said, had awakened her in the night and told her not to go in the bathroom.

After that, he refused to talk at all.

He woke up needing to pee. Outside, a strong wind was blowing. It was warm — in Florida it almost always was — but he did not like that sound, and supposed he never would. It reminded him of the Overlook, where the defective boiler had been the very least of the dangers.

He and his mother lived in a cramped second-floor tenement apartment. Danny left the little room next to his mother's and crossed the hall. The wind gusted and a dying palm tree beside the building clattered its leaves. The sound was skeletal. They always left the bathroom door open when no one was using the shower or the toilet, because the lock was broken. Tonight the door was closed. Not because his mother was in there, however. Thanks to facial injuries she'd suffered at the Overlook, she now snored — a soft queep-queep sound — and he could hear it coming from her bedroom.

Well, she closed it by accident, that's all.

He knew better, even then (he was possessed of powerful hunches and intuitions himself), but sometimes you had to know. Sometimes you had to see. This was something he had found out at the Overlook, in a room on the second floor.

Reaching with an arm that seemed too long, too stretchy, too boneless, he turned the knob and opened the door.

The woman from Room 217 was there, as he had known she would be. She was sitting naked on the toilet with her legs spread and her pallid thighs bulging. Her greenish breasts hung down like deflated balloons. The patch of hair below her stomach was gray. Her eyes were also gray, like steel mirrors. She saw him, and her lips stretched back in a grin.

Close your eyes, Dick Hallorann had told him once upon a time. If you see something bad, close your eyes and tell yourself it's not there and when you open them again, it will be gone.

But it hadn't worked in Room 217 when he was five, and it wouldn't work now. He knew it. He could smell her. She was decaying.

The woman — he knew her name, it was Mrs. Massey — lumbered to her purple feet, holding out her hands to him. The flesh on her arms hung down, almost dripping. She was smiling the way you do when you see an old friend. Or, perhaps, something good to eat.

With an expression that could have been mistaken for calmness, Danny closed the door softly and stepped back. He watched as the knob turned right ... left ... right again ... then stilled.

He was eight now, and capable of at least some rational thought even in his horror. Partly because, in a deep part of his mind, he had been expecting this. Although he had always thought it would be Horace Derwent who would eventually show up. Or perhaps the bartender, the one his father had called Lloyd. He supposed he should have known it would be Mrs. Massey, though, even before it finally happened. Because of all the undead things in the Overlook, she had been the worst.

The rational part of his mind told him she was just a fragment of unremembered bad dream that had followed him out of sleep and across the hall to the bathroom. That part insisted that if he opened the door again, there would be nothing there. Surely there wouldn't be, now that he was awake. But another part of him, a part that shone, knew better. The Overlook wasn't done with him, even yet. At least one of its vengeful spirits had followed him all the way to Florida. Once he had come upon that woman sprawled in a bathtub. She had gotten out and tried to choke him with her fishy (but terribly strong) fingers. If he opened the bathroom door now, she would finish the job.

He compromised by putting his ear against the door. At first there was nothing. Then he heard a faint sound.

Danny walked into the kitchen on not-there legs, stood on a chair, and peed into the sink. Then he woke his mother and told her not to go into the bathroom because there was a bad thing there. Once that was done, he went back to bed and sank deep beneath the covers. He wanted to stay there forever, only getting up to pee in the sink. Now that he had warned his mother, he had no interest in talking to her.

His mother knew about the no-talking thing. It had happened after Danny had ventured into Room 217 at the Overlook.

"Will you talk to Dick?"

Lying in his bed, looking up at her, he nodded. His mother called, even though it was four in the morning.

Late the next day, Dick came. He brought something with him. A present.

After Wendy called Dick — she made sure Danny heard her doing it — Danny went back to sleep. Although he was now eight and in the third grade, he was sucking his thumb. It hurt her to see him do that. She went to the bathroom door and stood looking at it. She was afraid — Danny had made her afraid — but she had to go, and she had no intention of using the sink as he had. The image of how she would look, teetering on the edge of the counter with her butt hanging over the porcelain (even if there was no one there to see) made her wrinkle her nose.

In one hand she had the hammer from her little box of widow's tools. As she turned the knob and pushed the bathroom door open, she raised it. The bathroom was empty, of course, but the ring of the toilet seat was down. She never left it that way before going to bed, because she knew if Danny wandered in, only ten percent awake, he was apt to forget to put it up and piss all over it. Also, there was a smell. A bad one. As if a rat had died in the walls.

She took a step in, then two. She saw movement and whirled, hammer upraised, to hit whoever

was hiding behind the door. But it was only her shadow. Scared of her own shadow, people sometimes sneered, but who had a better right than Wendy Torrance? After the things she had seen and been through, she knew that shadows could be dangerous. They could have teeth.

No one was in the bathroom, but there was a discolored smear on the toilet seat and another on the shower curtain. Excrement was her first thought, but shit wasn't yellowish-purple. She looked more closely and saw bits of flesh and decayed skin. There was more on the bathmat, in the shape of footprints. She thought them too small — too dainty — to be a man's.

She ended up using the sink after all.