After Jessica Speight's promising career in 1960s London is interrupted by an affair with a married professor that renders her a single mother, she faces wrenching questions about responsibility, potential and compassion when her sunny child reveals unique needs. 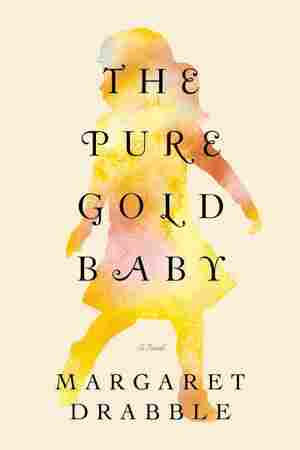 October 2, 2013 • In The Pure Gold Baby, a budding anthropologist raises a developmentally disabled child and confronts the challenges of middle age. This is a surprise comeback for author Margaret Drabble, who swore in 2009 that she'd never publish fiction again.

What she felt for those children, as she was to realise some years later, was a proleptic tenderness. When she saw their little bare bodies, their proud brown belly buttons, the flies clustering round their runny noses, their big eyes, their strangely fused and forked toes, she felt a simple sympathy. Where others might have felt pity or sorrow or revulsion, she felt a kind of joy, an inexplicable joy. Was this a premonition, an inoculation against grief and love to come?

How could it have been? What logic of chronology could have made sense of such a sequence? And yet she was to come to wonder if it had been so. Something had called upon her from those little ones, and woken in her a tender spirit of response. It had lain dormant in her for several seasons, this spirit, and, when called upon, it had come to her aid. The maternal spirit had brooded on the still and distant waters of that great and shining lake and all its bird-frequented swamps and spongy islands and reed-fringed inlets, and it had entered into her when she was young and it had taken possession of her. Was this the beginning, was this the true moment of concep­tion? Was this the distant early meeting place that had engen­dered the pure gold baby? There, with the little naked children, amongst the grasses and the waters?

She had never heard of the rare condition which afflicted some of the members of this poor, peaceable and unaspiring tribe, and the sight of it took her by surprise, although Guy Brighouse, her sponsor and colleague on this expedition, claimed that it had been well documented and that he had seen photographs of it. (But Guy was a hard man who would never admit to anything as vulnerable as surprise.) It was then popu­larly known as Lobster-Claw syndrome, a phrase which came to be considered incorrect. (It is now more widely known as ectrodactyly, or SHSF, but she did not then know that. She did not then know any of its names. The acronym SHSF discreetly encodes the words Split Hand Split Foot.) In some parts of the world, with some peoples, in some gene pools, the fingers fuse. In others, it is the toes. In this part of Central Africa, it is the toes that form a simple divided stub or stump. A small group of forebears had produced and passed on this deviance.

The little children seemed indifferent to their deformity. Their vestigial toes functioned well. The children were agile and busy on the water, and they were solemn on the land. They punted and paddled their little barks deftly, smartly. They stared at the anthropologists gravely, but without much curiosity. They were self-contained. They posed on the edges of their canoes with a natural elegance, holding their spear-like poles steady in the mud. They did not speak much, either in their own language or in English, of which their elders knew some words. They were not of the tribe the team had come to study; they were a side-show incidental to the longer journey, and the team did not stay with them long or pay them close attention. They were a staging post. But in the two days that the group sojourned there, Jess (so much the junior of her team, so young that she was considered almost as a lucky mascot) observed the little children as they played a game with stones. It was one of the simplest of games, a kind of noughts and crosses, an immemorial game, a stone age stone game. Red stones, black stones, white stones, moved in a square scratched out upon the sun-hardened reddish-ochre mud. She could not follow the rules, and did not try to do so. She watched them, the simple children, playing beneath the vast African sky.

Bubbles rose from the mud of the shallow inlets, bubbles of marsh gas from a lower world. A watery shifting landscape, releasing its spirits through the green weeds. There were floating islands of tufted papyrus, a sudd that was neither water nor land. On the higher banks, the mud dried to clay. From the clay, the children had moulded toy bricks and thimble-sized beakers. They had placed them in a little circle in the rushes. A small party, awaiting small spirit guests.

The next day, on the team's onward journey, she saw a shoe­bill. Their guides were pleased to have sighted this primeval bird, rare, one of its kind, primitive, powder-blue, much sought after by birdwatchers. The shoebill represents its lonely family. It has its own genus, its own species. Maybe it is allied to the pelican, but maybe not. Tourism was already making its slow way towards the lake, and the guides thought their troupe would be pleased by this sighting, and so it was. But Jess, although she liked the distinguished shoebill, was to remember the chil­dren with their simple stones and simplified toes. They were not on the tourist route.

They were her introduction to maternity. She went home, she continued her studies, but she did not forget them.

They were proleptic, but they were also prophetic. And she began to think, as time passed, that they reminded her of some early memory, a memory so early she could not recapture it. It had gone, buried, perhaps, beyond recall. It was a benign memory, benign as the children were benign, but it had gone.

She took home with her a treasure, a stone with a hole in the middle of it, a stone age stone that could make rain. It was a stone of the small BaTwa people of the lake. Had the children been of the BaTwa family? She did not know, but thought they might have been.

The BaTwa's territory had receded and diminished. They had taken refuge not in the bush, as most displaced African tribes have done, but amongst the reeds and in the water.

Jess was to keep the rain stone with her all her life.