Kansas City Lightning is the first of two volumes tracing the life of one of the most influential musicians of the 20th century. Crouch draws on interviews with family, peers and collaborators to reveal Charlie Parker's Depression-era childhood and his early career in Kansas City and New York. 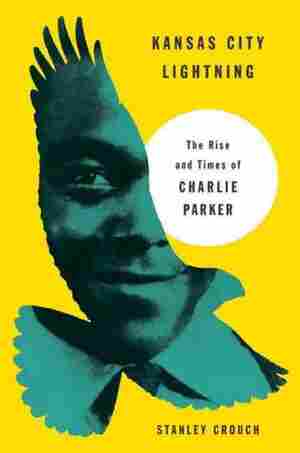 October 19, 2013 • The jazz legend practiced his saxophone 10 to 15 hours a day before he got his big break, and while he wasn't the most reliable husband, when it came to music, he never wavered. Scholar Stanley Crouch's Kansas City Lightning is the first of a two-volume biography of Parker.

September 27, 2013 • Stanley Crouch, one of the nation's most prominent jazz critics, is the author of the just-released Kansas City Lightning -- part one of a biography of Charlie "Bird" Parker. Reviewer Craig Morgan Teicher says the story starts a little slowly, but when Parker picks up the saxophone, Crouch's writing cooks.

Before sunrise, the news was on the streets: a fresh bunch of Kansas City musicians was in town — Jay McShann and his orchestra — and Lucky Millinder was taking a beating. It was a familiar kind of tale, part of the excitement of living in Harlem. Somebody would show up with a new way of doing it, or would do the classic stuff with such heat it felt brand-new. "It was a shock to everybody, because we had been holding our own with the other bands," said Panama Francis.

The next morning, McShann had a visitor at the Woodside hotel: Lucky Millinder himself.

"C'mere, you little son of a bitch. I want you to go with me this morning so we can sit down and talk."

Over drinks and food, Millinder told McShann, "You know, you dirty sumbitches run us out of there last night."

"Oh, no," McShann demurred, "you know better than that."

"Yes, you did. I was going to send you back to the sticks, but you motherfuckers run us out of there. Look, you're in the club now. I'm going to take you around town and show you what's what. Here's my card. You ever need to know about something, you call me."

McShann was shocked. "I never met anybody like you."

"Well, that's the way it is in New York. When you bust your way in, you're in. Let's get out of here and spend some money."

McShann went along, but that didn't mean a truce; no form of friendship came before music.

In the Kansas City jam sessions, you had to be able to play either brilliantly or boldly. The following night, McShann's organization did both. They played at just the right tempos, an essential element of swing. Half the audience was at the bandstand's edge, listening and snapping their fingers; the other half took to the dance floor, becoming what Dizzy Gillespie called "the mirror of the music." But the notes and rhythms that caught the dancers inspired more than a reflection. There were so many different variations going on out there that the musicians were prodded into new ideas as they looked at those Negro bodies improvising on the music in time.

With their confidence all the way up, the McShann Orchestra had the corner on that dialogue. They were changing their title from western dogs to western demons.

"Jay's band was very special because we could play a waltz, a schottische, or whatever," observed Orville Minor. "Somebody in the band could fit it, and the brass section could sit up and play some harmony behind anybody. The reed section got to where it was that way, too. A cat would know what particular part of the chord to build his notes from. Got to be so good at it you couldn't tell what was written and what wasn't."

So McShann could send Walter Brown out there with Piggy Minor growling behind him; then Bird would step up a chorus later, slipping arabesques of musical freshness into the gutbucket. Hibbler's sepia ballads would push the men and women together. Then Charlie would rise again, from the romantic cushion of brass and reeds, to manufacture gooseflesh with an improvised melody, a veil of transparent lyricism, in bursts as brief as eight bars that made the dancers hold each other even closer and caused his fellow musicians to share their heads. And so the McShann band proved it could swing, Kansas City style, lolling into power, trailing behind the beat a little bit, gradually lifting the gear a notch, just a little more, until all within hearing distance knew it was on. Building, is you ready? 'Cause we gonna tear you down!

On Sunday, at 4:30 P.M., a local radio show broadcast a quick fifteen-minute set from the Savoy Ballroom. The producers allowed in thirty or forty people to give the musicians an audience, to make it more than a brief rehearsal. When they got the signal, McShann's band kicked off a blues. "And now, ladies and gentlemen, from the home of happy feet, the Savoy Ballroom, we proudly present the Jay McShann Orchestra, all the way from Kansas City! Take it, Jay."

They loped through the blues, then went into a medium-tempo song that swung nicely. They intended to take it out with "Cherokee," Charlie's feature.

But Charlie wasn't there.

Well, that was Charlie Parker. Everyone was disappointed in a familiar way, the way that those who must do business with drug addicts become accustomed to — starting with suspense, as all wonder if this will be another one of those times, then leading eventually to an exaggerated apology or one hell of a story about what made it impossible for him to get there. The men all felt this burden of potential disappointment, and the resentment that came with it. Why did this have to be the guy with all the talent? Why couldn't he be like the other guys who had it — Louis Armstrong, Coleman Hawkins, Lester Young, Roy Eldridge — able to have his fun while keeping his professional image shining? Why did his private life have to mess up everybody else's plans so often? That was the way it was, and it could seem so pitiful sometimes, make you so angry.

But then there he was, moving across the floor, case in hand.