How McGruff and the Crying Indian Changed America

How McGruff and the Crying Indian Changed America

Documents how public service advertising campaigns became a society-changing part of American culture, tracing the Ad Council's origins as a World War II propaganda engine before progressing to issue-related campaigns featuring such icons as Smokey Bear and Rosie the Riveter.

NPR stories about How McGruff and the Crying Indian Changed America 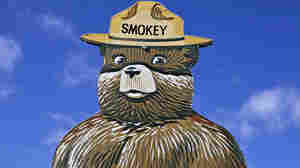 The Competing Interests Behind Smokey Bear And The Crying Indian

September 27, 2013 • The company behind iconic public service campaigns like Smokey Bear and McGruff the Crime Dog has been around since the 1940s. But how much is really known about the Ad Council? Guest host Celeste Headlee speaks to author Wendy Melillo about her book How McGruff and the Crying Indian Changed America.

The Competing Interests Behind Smokey Bear And The Crying Indian

Excerpt: How McGruff And The Crying Indian Changed America 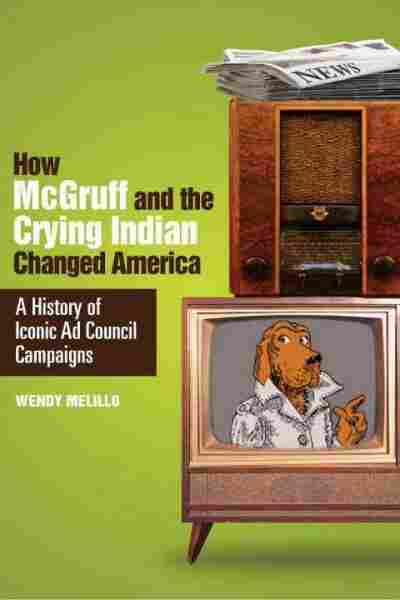 The memorable image of the Crying Indian was introduced in 1971. The September letter to broadcasters from W. Howard Chase, the American Can Company's vice president of public affairs, said, "Our hope is to show all people— from cab drivers to corporate presidents—that pollution control is an individual responsibility." In this campaign, the strategy broadened from presenting litter as costly or dangerous to positioning it "as the one pollutant that everyone can help eliminate." Shifting from a focus on litter to the more general problem of pollution contributed to helping Americans realize that more needed to be done to protect the environment.

The fact sheet for the campaign included a new section called "The Environmental Crisis." While the focus remained on individual responsibility, the target audience was broadened to include individual occupations:

Everyone contributes to the pollution problem. Pollution can stem from many acts by individuals—things that most people do each day without even realizing it. People pollute as homemakers, as mothers, as students, as workers, as executives and as elected officials. People pollute in many different ways; and the beginning of a solution to the problem can only be found when individuals start to examine their actions and face up to their own responsibility. There are many things that person can do to help stop pollution; and if each individual makes some effort, America may find that it has turned the corner in the war to save the environment.

The famous television spot opened with an American Indian paddling a canoe down a stream, which became increasingly polluted with each stroke of his oar. Viewers watched him observe the garbage floating in the water, the nearby factories spewing smoke, and the waves churning out trash along beaches. After he left his canoe to walk along a littered beach, someone tossed a bag of garbage at his feet. A tear rolled down his cheek as the announcer said, "Some people have a deep and abiding respect for the natural beauty that was once this country— and some people don't! People start pollution. People can stop it!"

The ad prompted viewers to send away for a pamphlet called "71 Things You Can Do to Stop Pollution," which targeted home owners and business leaders alike. For example, it recommended fourteen steps a business owner could take to fight pollution. "Industry has a responsibility for pollution control," the pamphlet read. "Probably the single most important thing the businessman can do is to factor ecological as well as economic considerations into his way of doing business." It encouraged "examining your own plant and production pollution problems" and taking the steps necessary to arrest them. It also recommended taking "an active role in efforts to restore rivers, lakes, and streams to their former natural state."

Corporate responsibility was also directly addressed in some of the print ads. One magazine headline read, "Pollution Control: A Corporate Responsibility." The copy called on businesses to address the issue:

Pollution and pollution abatement have become important aspects of every business. They affect budgets, profit and loss, position in the community, corporate image, even the price of stock in some cases. Pollution is now a problem that is receiving attention from astute businessmen. Water treatment plants, fume scrubbers and filtration systems, land reclamation, plant beautification, litter prevention, employee education programs, are all types of things industry is doing to help in the pollution fight.

But critics had begun to castigate the focus on individual responsibility. "The damage done by litter is . . . inconsequential compared to the damage done by industrial pollution, but the Ad Council's slogan suggest[s] that individuals . . . are responsible," wrote Keenen Peck in a 1983 article in The Progressive. In a 2002 article in Advertising Age, which examined the Ad Council's impact on its 60th birthday, John McDonough recalled the Crying Indian campaign: "While different versions of the '70s campaign spots showed smokestacks as well as garbage, critics argued that by placing responsibility for pollution on individuals rather than institutions, the campaign was a powerful political decoy devised by corporate interests to divert public attention from the real issues of industrial waste."

It didn't help the campaign's image when press reports revealed the true heritage of the actor Iron Eyes Cody to be Italian and not "a full blooded Cherokee," as the Ad Council's press release announcing the campaign called him. In a June 2012 interview, Keep America Beautiful spokesman Wallace confirmed that Iron Eyes Cody was born Espera Oscar DeCorti. "He maintained to everyone, to our organization, and to Hollywood that he was a Cherokee," Wallace said. "That was one of the reasons Marsteller wanted him." Discussing the sense of betrayal many felt when they learned that Cody was not American Indian, Wallace said, "When people find out he was Italian, there is this feeling of being personally affected. There was such a deep connection to his nativeness and the themes of that ad."