A Harvard evolutionary biologist presents an engaging discussion of how the human body has evolved over millions of years, examining how an increasing disparity between the needs of Stone Age bodies and the realities of the modern world are fueling a paradox of greater longevity and chronic disease.

NPR stories about The Story of the Human Body 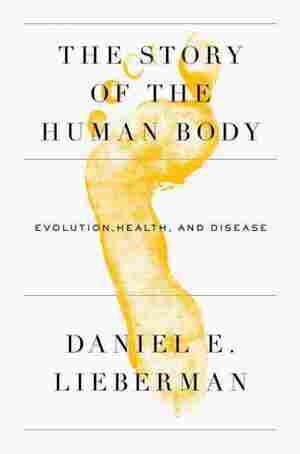 September 30, 2013 • In The Story of the Human Body, evolutionary biologist Daniel Lieberman explains how our bodies haven't adapted to modern conditions. The result is "mismatch diseases" — ailments that occur because our bodies weren't designed for the environments in which we now live.

Excerpt: The Story Of The Human Body 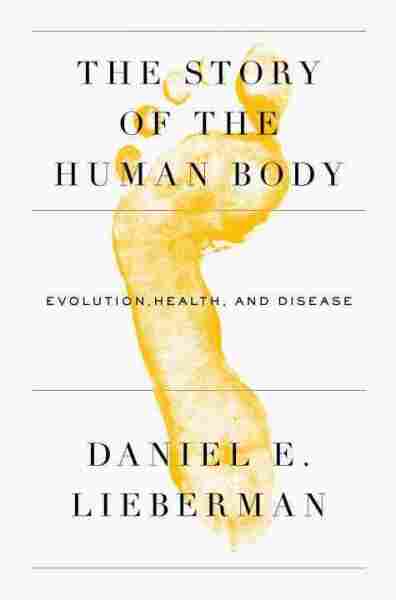 Like most people, I am fascinated by the human body, but unlike most folks, who sensibly relegate their interest in people's bodies to evenings and weekends, I have made the human body the focus of my career. In fact, I am extremely lucky to be a professor at Harvard University, where I teach and study how and why the human body is the way it is. My job and my interests allow me to be a jack-of-all trades. In addition to working with students, I study fossils, I travel to interesting corners of the earth to see how people use their bodies, and I do experiments in the lab on how human and animal bodies work.

Like most professors, I also love to talk, and I enjoy people's questions. But of all the questions I am commonly asked, the one I used to dread the most was "What will human beings look like in the future?" I hated this question! I am a professor of human evolutionary biology, which means I study the past, not what lies ahead. I am not a soothsayer, and the question made me think of tawdry science fiction movies that depict humans of the distant future as having enormous brains, pale and tiny bodies, and shiny clothing. My reflexive answer was always something along the lines of: "Human beings aren't evolving very much because of culture." This response is a variant of the standard answer that many of my colleagues give when asked the same question.

I have since changed my mind about this question and now consider the human body's future to be one of the most important issues we can think about. We live in paradoxical times for our bodies. On the one hand, this era is probably the healthiest in human history. If you live in a developed country, you can reasonably expect all your offspring to survive childhood, to live to their dotage, and to become parents and grandparents. We have conquered or quelled many diseases that used to kill people in droves: smallpox, measles, polio, and the plague. People are taller, and formerly life-threatening conditions like appendicitis, dysentery, a broken leg, or anemia are easily remedied. To be sure, there is still too much malnutrition and disease in some countries, but these evils are often the result of bad government and social inequality, not a lack of food or medical know-how.

On the other hand, we could be doing better, much better. A wave of obesity and chronic, preventable illnesses and disabilities is sweeping across the globe. These preventable diseases include certain cancers, type 2 diabetes, osteoporosis, heart disease, strokes, kidney disease, some allergies, dementia, depression, anxiety, insomnia, and other illnesses. Billions of people are also suffering from ailments like lower back pain, fallen arches, plantar fasciitis, myopia, arthritis, constipation, acid reflux, and irritable bowel syndrome. Some of these troubles are ancient, but many are novel or have recently exploded in prevalence and intensity. To some extent, these diseases are on the rise because people are living longer, but most of them are showing up in middle-aged people. This epidemiological transition is causing not just misery but also economic woe. As baby boomers retire, their chronic illnesses are straining health-care systems and stifling economies. Moreover, the image in the crystal ball looks bad because these diseases are also growing in prevalence as development spreads across the planet.

The health challenges we face are causing an intense worldwide conversation among parents, doctors, patients, politicians, journalists, researchers, and others. Much of the focus has been on obesity. Why are people getting fatter? How do we lose weight and change our diets? How do we prevent our children from becoming overweight? How can we encourage them to exercise? Because of the urgent necessity to help people who are sick, there is also an intense focus on devising new cures for increasingly common noninfectious diseases. How do we treat and cure cancer, heart disease, diabetes, osteoporosis, and the other illnesses most likely to kill us and the people we love?

As doctors, patients, researchers, and parents debate and investigate these questions, I suspect that few of them cast their thoughts back to the ancient forests of Africa, where our ancestors diverged from the apes and stood upright. They rarely think about Lucy or Neanderthals, and if they do consider evolution it is usually to acknowledge the obvious fact that we used to be cavemen (whatever that means), which perhaps implies that our bodies are not well adapted to modern lifestyles. A patient with a heart attack needs immediate medical care, not a lesson in human evolution.

If I ever suffer a heart attack, I too want my doctor to focus on the exigencies of my care rather than on human evolution. This book, however, argues that our society's general failure to think about human evolution is a major reason we fail to prevent preventable diseases. Our bodies have a story—an evolutionary story—that matters intensely. For one, evolution explains why our bodies are the way they are, and thus yields clues on how to avoid getting sick. Why are we so liable to become fat? Why do we sometimes choke on our food? Why do we have arches in our feet that flatten? Why do we have backs that ache? A related reason to consider the human body's evolutionary story is to help understand what our bodies are and are not adapted for. The answers to this question are tricky and unintuitive but have profound implications for making sense of what promotes health and disease and for comprehending why our bodies sometimes naturally make us sick. Finally, I think the most pressing reason to study the human body's story is that it isn't over. We are still evolving. Right now, however, the most potent form of evolution is not biological evolution of the sort described by Darwin, but cultural evolution, in which we develop and pass on new ideas and behaviors to our children, friends, and others. Some of these novel behaviors, especially the foods we eat and the activities we do (or don't do), make us sick.

Human evolution is fun, interesting, and illuminating, and much of this book explores the amazing journey that created our bodies. I also try to highlight the progress achieved by farming, industrialization, medical science, and other professions that have made this era the best of all times so far to be a human. But I am no Pangloss, and since our challenge is to do better, the last few chapters focus on how and why we get sick. If Tolstoy were writing this book, perhaps he might write that "all healthy bodies are alike; each unhealthy body is unhealthy in its own way."

The core subjects of this book—human evolution, health, and disease—are enormous and complex. I have done my best to try to keep the facts, explanations, and arguments simple and clear without dumbing them down or avoiding essential issues, especially for serious diseases such as breast cancer and diabetes. I have also included many references, including websites, where you can investigate further. Another struggle was to find the right balance between breadth and depth. Why our bodies are the way they are is simply too large a topic to cover because bodies are so complex. I have therefore focused on just a few aspects of our bodies' evolution that relate to diet and physical activity, and for every topic I cover, there are at least ten I don't. The same caveat applies to the final chapters, which focus on just a few diseases that I chose as exemplars of larger problems. Moreover, research in these fields is changing fast. Inevitably some of what I include will become out of date. I apologize.

Finally, I have rashly concluded the book with my thoughts about how to apply the lessons of the human body's past story to its future. I'll spill the beans right now and summarize the core of my argument. We didn't evolve to be healthy, but instead we were selected to have as many offspring as possible under diverse, challenging conditions. As a consequence, we never evolved to make rational choices about what to eat or how to exercise in conditions of abundance and comfort. What's more, interactions between the bodies we inherited, the environments we create, and the decisions we sometimes make have set in motion an insidious feedback loop. We get sick from chronic diseases by doing what we evolved to do but under conditions for which our bodies are poorly adapted, and we then pass on those same conditions to our children, who also then get sick. If we wish to halt this vicious circle then we need to figure out how to respectfully and sensibly nudge, push, and sometimes oblige ourselves to eat foods that promote health and to be more physically active. That, too, is what we evolved to do.

Excerpted from The Story of the Human Body by Daniel E. Lieberman.
Copyright © 2013 by Daniel Lieberman. Excerpted by permission of
Pantheon, a division of Random House LLC. All rights reserved. No part of this
excerpt may be reproduced or reprinted without permission in writing from
the publisher.