From Jezebel.com, the popular website for women, comes an encyclopedic guide to pop culture, feminism, fashion, sex and more.

NPR stories about The Book of Jezebel 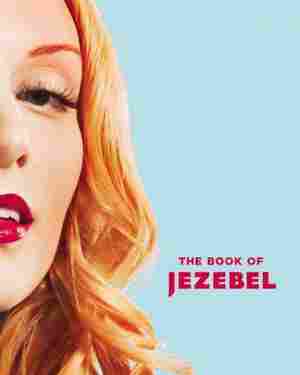 October 22, 2013 • The women of Jezebel.com have released a new illustrated encyclopedia of "lady things" from Clueless to Clytemnestra. Reviewer Annalisa Quinn says that although The Book of Jezebel is positioned as lighthearted and unambitious, it has a serious aim — which it does not quite achieve. 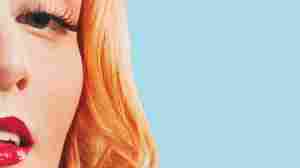 October 21, 2013 • Bridget Jones hasn't aged well. At 51, she's the "geriatric mum" of two small children, and finds herself yearning to plunge back into dating. Critic Maureen Corrigan says if you're looking for jolly feminist cultural commentary, you'd be better off reading a witty "encyclopedia of lady things" from the creators of the website Jezebel.

October 19, 2013 • Anna Holmes didn't see much reality in beauty magazines, so she started the website Jezebel — a women's mag "without the airbrushing." Now, she's the editor of an illustrated encyclopedia that takes a look at the world according to women.

Excerpt: The Book of Jezebel

Talented nineties R&B singer who died at the age of twenty-two in a particularly celebrity way after her plane crashed coming back from a music video shoot in the Bahamas because it was weighted down with luggage. Her legacy lives on through the work of contemporaries like Missy Elliott and her producer Timbaland, in scandalous Drake remixes, and in the memory of her brief, illicit, and annulled marriage to R. Kelly (and the song "Age Ain't Nothing But A Number," which he wrote and she recorded).

Polish-born sculptor who spent much of her early life under Soviet domination and learned to make do with the materials she could cobble together. In the 1960s, Abakanowicz created three-dimensional Abakans forms with materials she wove herself. In the eighties, she moved on to bronze, stone, wood, and iron sculptures. Her work is installed around the world. In 2006, Agora, a large permanent project for Chicago's Grant Park consisting of more than a hundred nine-foot-tall iron cast figures, was installed.

Venerable retailer of safari gear loved by Theodore Roosevelt that was acquired and transformed in 1988 by Ohio-based Limited Brands into a suburban prep staple known as much for its cologne-drenched mall stores and shirtless catalog models as for its questionable employee "look policy" and its history of releasing sexist and racist T-shirts. Nineties boy band LFO once sang the refrain "I like girls who wear Abercrombie & Fitch," but when the company began selling T-shirts with slogans such as "Show the Twins" and "Who Needs Brains When You Have These?," it was hard not to believe the store felt the same way about its female customers.

A chemical agent or drug used to terminate a pregnancy, usually either by hormonally inducing a miscarriage, by activating contractions, or by some combination of the two. Mifepristone, the drug commonly known as RU-486, works hormonally; misoprostol (Cytotec) and most early abortifacients like ergot and cotton root bark promote contractions and are also used during childbirth for that reason. More than a century before the French chemist Georges Teutsch synthesized mifepristone, cotton root and ergot were often advertised as "French renovating pills." The term abortifacient is also regularly and deliberately misused by right­-wingers to describe the "morning-after pill," Plan B, which is a contraceptive.

A safe and legal way to end an unwanted pregnancy.

Belgrade-born, New York-based performance artist, considered one of the pioneers of the genre. Abramovic's work revolves around the human body, particularly its physical limits and tolerance for pain: she's particularly well known for a six-hour 1974 performance, Rhythm 0, during which she provided the gallery audience with seventy-two objects — including a gun and a bullet, a rose, a scalpel, a whip, and honey — that they were permitted to use on her body in any way they chose. Video of the work shows gallery-goers removing Abramovic's clothing, writing on her body with lipstick, and scratching her with the rose's thorns; one person aimed the gun at her head. Abramovic's 2010 retrospective at the Museum of Modern Art brought her more acclaim for her piece The Artist Is Present, in which she sat on a wooden chair across from a member of the public every day for three months. The piece was enormously popular — celebrities like Bjork, James Franco, and Sharon Stone even attended — with many moved to tears.

The first-ever female to become executive editor of the New York Times. Before she took over the position in 2011, she gained experience (and respect) by weathering some of the paper's most trying times — including the Jayson Blair and Judith Miller scandals — as Washington bureau chief and managing editor. Has also written a book about raising a puppy.

British comedy series also known as Ab Fab that ran from 1992 to 1995 starring Joanna Lumley and Jennifer Saunders, who also created it. Back in the early nineties, the boozy, pill-popping, acid-tongued, credit-wrecking, gleefully narcissistic exploits of publicist Edina Monsoon (Jennifer Saunders) and fashion editor Patsy Stone (Joanna Lumley) were as shocking as they were hilarious. Not to mention, you'll notice that on that list of current envelope pushers, you don't see any revolving around two middle-aged women and their mostly female comrades. More than twenty years later, there is still, truly, no other show like it — which is kind of depressing if you think about it. Where are our pills?

Purposely refraining from having sex, often because of religious objections to premarital sex and/or in an effort to avoid pregnancy and/or sexually transmitted infections (STIs). Though eliminating all contact with another person's genitals and bodily fluids is a fully effective, if frustrating, method for avoiding pregnancy and all STIs, many people nonetheless consider themselves abstinent if they only avoid vaginal penetration. (This method of abstinence, though modeled by Bill Clinton, can still transmit infections or, more rarely, viable sperm to the vagina.) Despite the fact that full, informed abstinence is increasingly rare, religious conservatives have fought for years to make it the focus of sex ed in primary and secondary schools, though this has been correlated with higher rates of teen pregnancy and STIs.